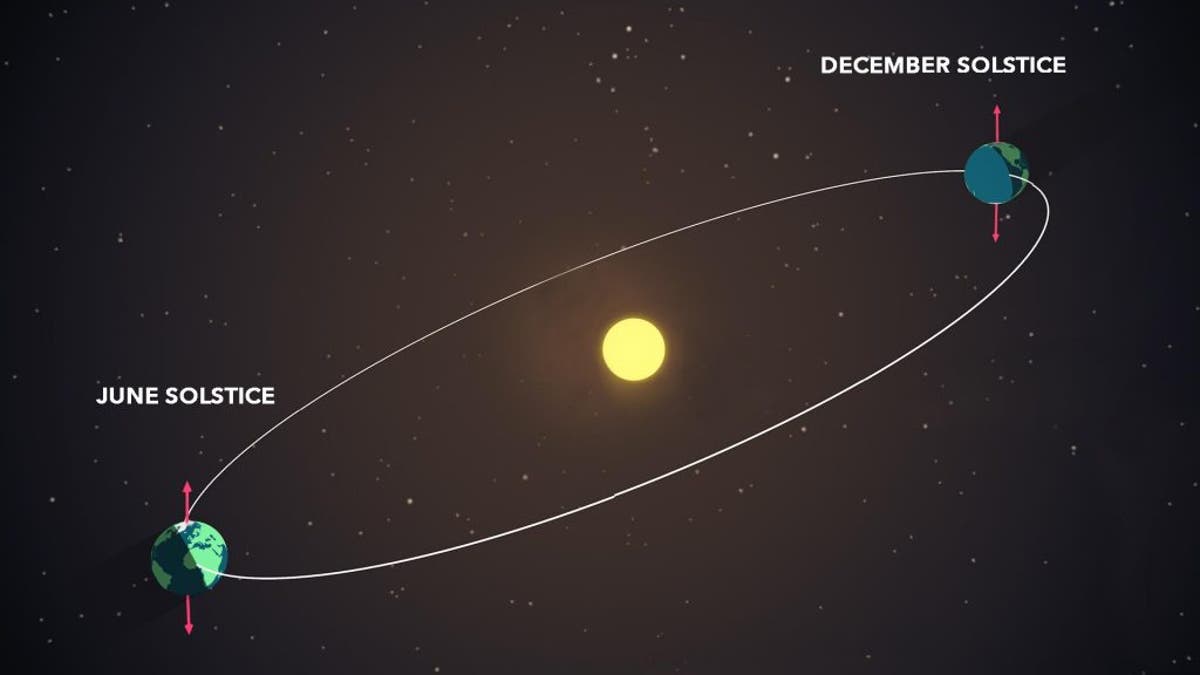 Summer begins on Tuesday morning with the summer solstice and the longest day of the year.

That’s when the sun appears at the northernmost point in the sky relative to the equator in the northern hemisphere: it’s also the commonly accepted official start of summer.

The summer solstice, like the seasons themselves, results from the axial tilt of the earth.

Our planet spins like a top, creating day and night as one hemisphere spins to face the sun while the other spins to face space. The axis on which this daily rotation occurs is also tilted, with the sun-tilted hemisphere experiencing higher solar angle—the sun appears higher in the sky—and summer-like conditions.

Photographing the Sun in the sky throughout the year, or marking the location of a shadow cast at noon throughout the year, creates an analemma — a figure-eight resulting from the changing apparent positions of the Earth and Sun as we move the seasons move us through them.

It will happen Tuesday at 5:13 p.m. EDT. This is when the sun actually reaches its northernmost point of the year in the sky and heralds the longest day.

After Tuesday, the days gradually become shorter and the nights longer, until the end of summer on Thursday, September 22 – the day of the northern hemisphere’s autumnal equinox. Day and night balance at the equinox and then swap places, with nights getting longer and days shorter, until the winter solstice on Wednesday, December 21st.

For those living on the Tropic of Cancer, 23.5 degrees north latitude, Tuesday becomes their only “shadowless” day of the year. The Tropic of Cancer is the northernmost point where the Sun appears directly overhead at solar noon, so objects cast virtually no shadows at this time.

The Tropic of Capricorn at 23.5 degrees South experiences its shadowless day at the winter solstice.

Those living on the equator, meanwhile, notice two “no shade” days each year when the sun passes directly overhead at midday on the vernal and autumnal equinoxes.

What does that mean?

The solstices and equinoxes were important to ancient people for practical and religious reasons, serving as calendar markers for hunting, planting, and ceremonial observances. The famous stone pillars at Stonehenge in Wiltshire, England were erected to frame the rising sun during the solstice.

Observations of the solstices also formed the basis of modern scientific thought in the classical world.

In the year 200 BC In 3000 B.C., the Greek philosopher Erastothenes compared shadows cast during the summer solstice in the Egyptian cities of Aswan and Alexandria—at about latitudes 24 and 30 degrees north, respectively—to calculate an approximate circumference of the earth. Eratosthenes calculated that the planet was between 24,000 and 29,000 miles in circumference, and it was not that far from the actual figure of 24,900 miles at the equator.