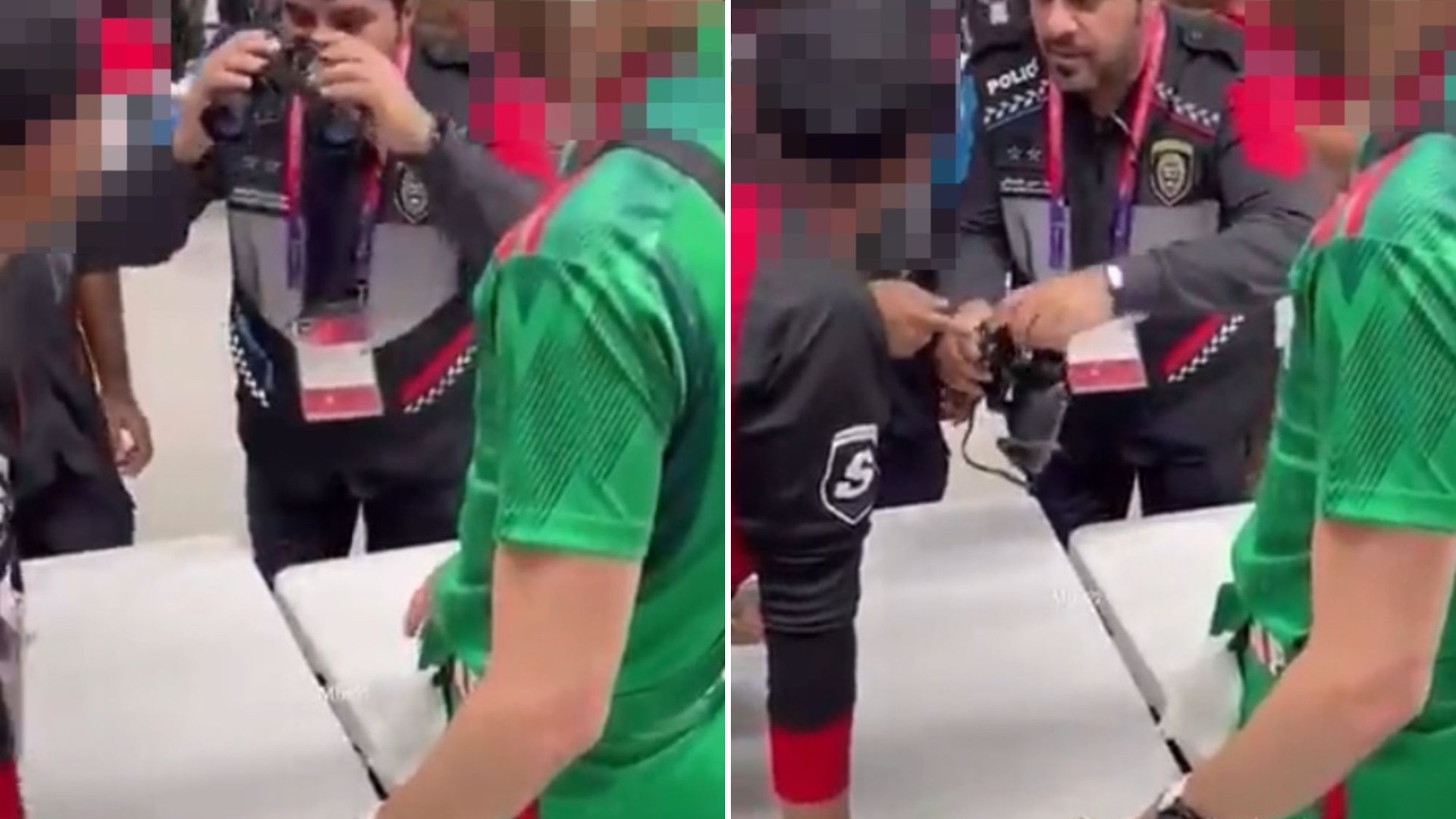 This is the moment when a World Cup fan appears to have a novel way of smuggling alcohol into a Qatar stadium before a game.

Footage released on Reddit appears to show a Mexican fan being searched on the ground by a member of the security team.

Another man wearing a black and red baseball cap can be seen talking to the security guard while examining binoculars.

It all looks pretty innocent as the security guard puts the binoculars to his eyes.

But there’s more to it than meets the eye as the guard then unscrews one of the lenses and then gestures the binoculars to his lips as if he’s drinking from them.

It appears that the binoculars are actually a novelty bottle.

A similar product is advertised on retail site Amazon, which describes it as “the perfect festival accessory” and capable of holding 16 ounces of liquid.

Many commenters on the social media site found the short clip hilarious.

One said: “Hahahaha that’s really funny. The grin at the end.”

A second added: “No no my friend…” hahaha. I think it’s great how the different ethnic groups of the security authorities find things out together.”

However, others questioned whether the binoculars actually contained hand sanitizer and not the suspected banned alcohol.

However, one commenter was quick to quash that theory, writing, “I don’t think he’s going to bother smuggling a sanitizer lol.”

Although it has not been confirmed, the fan in the green jersey appears to be a Mexican fan who attended yesterday’s Group C game against Poland.

However, the game did not come to life and ended in a goalless draw.

Barcelona’s Robert Lewandowski failed to put Poland ahead in the 57th minute after being awarded a penalty thanks to a fantastic save by Mexico’s experienced goalkeeper Guillermo Ochoa.

Later in the game, substitute Raul Jimenez came on with 20 minutes left but he wasted a good break and Mexico couldn’t create a clear chance.

Grzegorz Krychowiak missed the goal from long-range in added time and Lewandowski and Poland missed their golden opportunity.