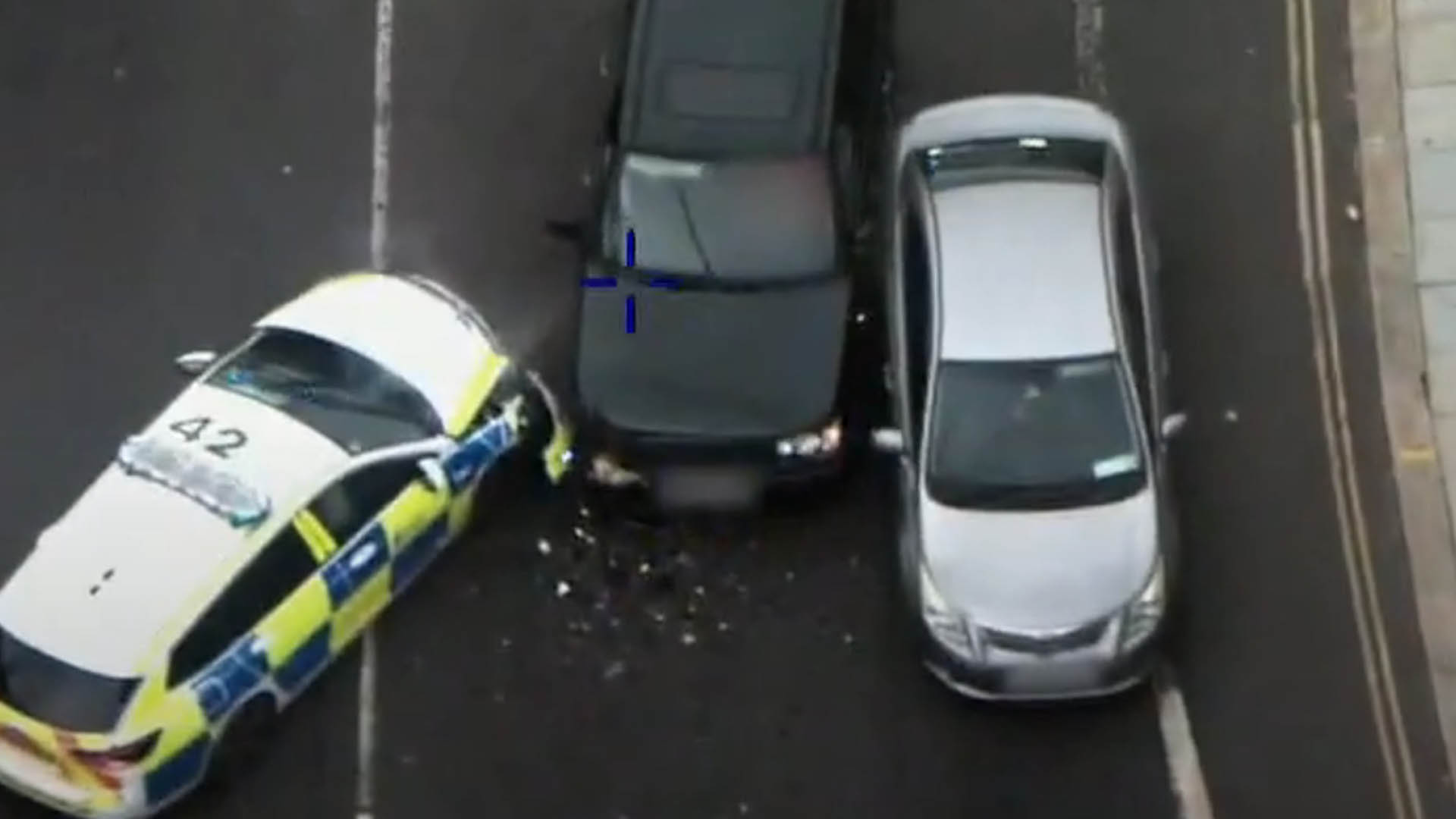 Police have released helicopter video footage of a squad car crashing into a Range Rover on a public road.

The video was uploaded to Facebook and Youtube by Essex Police who successfully stopped the criminals inside.

A quick-thinking rural operations officer stopped the Range Rover by colliding head-on with the vehicle in Enfield.

The accident came after police spent more than 40 minutes chasing the criminals down country lanes in north-west Essex.

The Range Rover was spotted by the police helicopter before cars pulled in to give chase and stop it.

According to police, the Range Rover reached speeds of 110 km/h in 30 mph zones, forcing other drivers and cyclists to dodge.

A spokesman for Essex Police said: “The car ran red lights, sometimes on the wrong side of the lane and pavement.”

“The criminals were caught within 40 minutes by Rural Police Officers who safely stopped the Range Rover and arrested the driver on suspicion of dangerous driving.

Fortunately, the police officer who was driving the car did not suffer any major injuries in the accident.

“The officer suffered minor injuries in the collision, was treated at the hospital and was back on duty the next day,” the spokesman said.

Facebook users have praised the police for their dedication to the job.

One woman commented: “Well done I hope they lock him up and throw away the key.

“Stay healthy and thank you.”

Another said: “Courage, skill and bravery for sure, but also restraint.

“I’m not sure if I would have stayed cool after that and with it my job.”