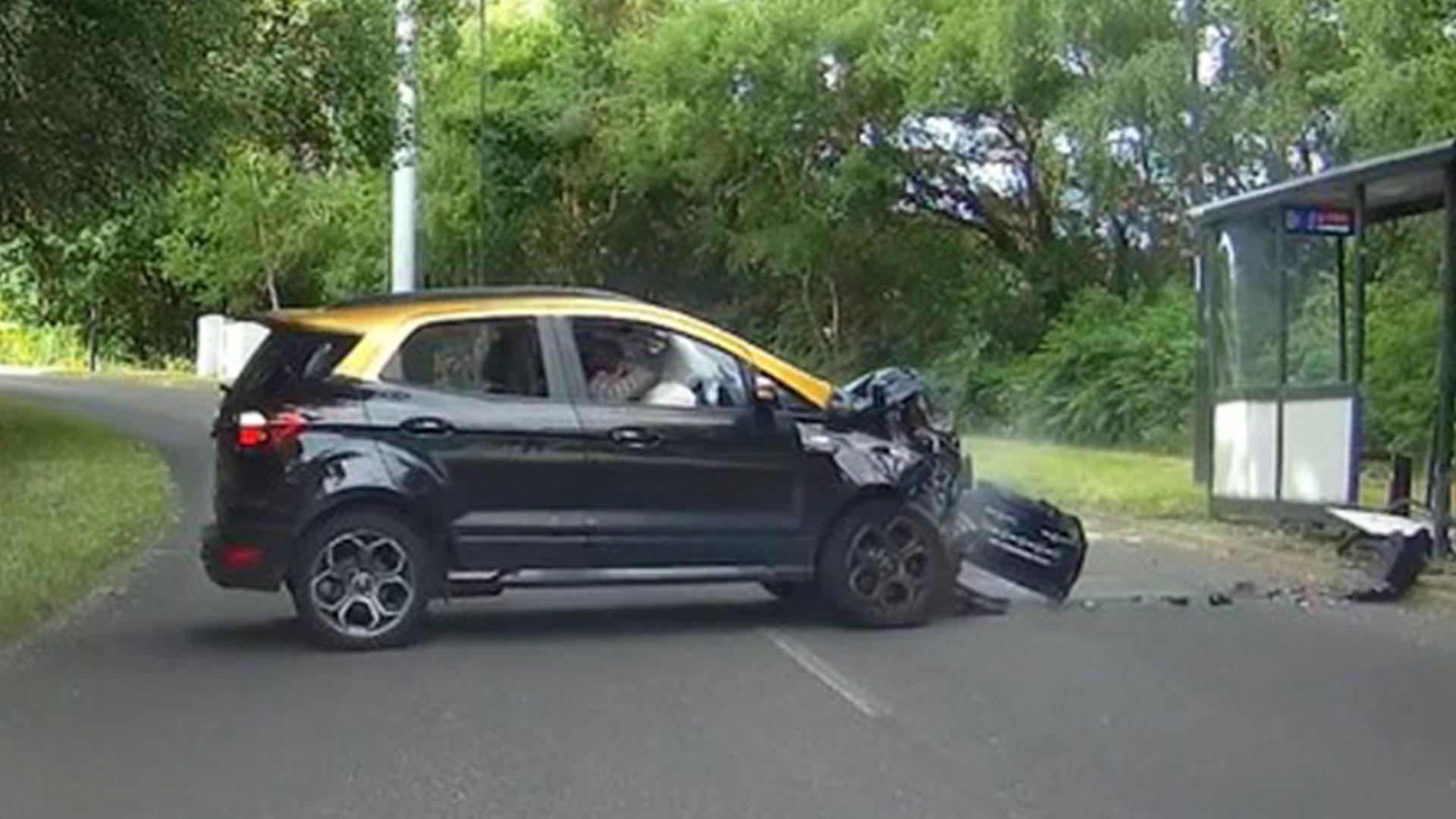 A DISQUALIFIED driver who stole a friend’s car smashed it up at a bus stop before getting out and walking away.

Video of the incident, captured by a car’s dashcam, was uploaded to Facebook by Sussex Police and has garnered thousands of views on social media.

Monique Moss, 46, crashed her friend’s car into a glass bus stop and then abandoned the Ford Ecosport.

According to Sussex Police, the Crawley woman visited her friend in the morning and left a set of keys, which she then used to steal the car.

Police officers arrived at the scene around 8 a.m. and arrested Moss as she was leaving.

She was charged with dangerous driving, theft of a vehicle and driving with disqualification.

She was also struck by being responsible for a vehicle that was left behind in dangerous circumstances and was uninsured.

Monique was sentenced to 24 months in prison and a four-year driving ban on October 29.

Crawley CID Detective Sergeant Mark Williams said: “Moss could have seriously injured himself or someone else and it is just coincidence that no one else was involved in the collision that morning.

“She took absolutely no responsibility for her actions and even walked away from the rubble as if nothing had happened.

“Thanks to the quick response of our officers at the Crawley Neighborhood Response Team, we were able to secure key evidence, including this dashcam footage that led to a conviction.”

One woman said: “Fair play to the courts, she could have seriously hurt someone.

Another said: “Thank goodness there were no school kids or anyone else at the bus stop.”