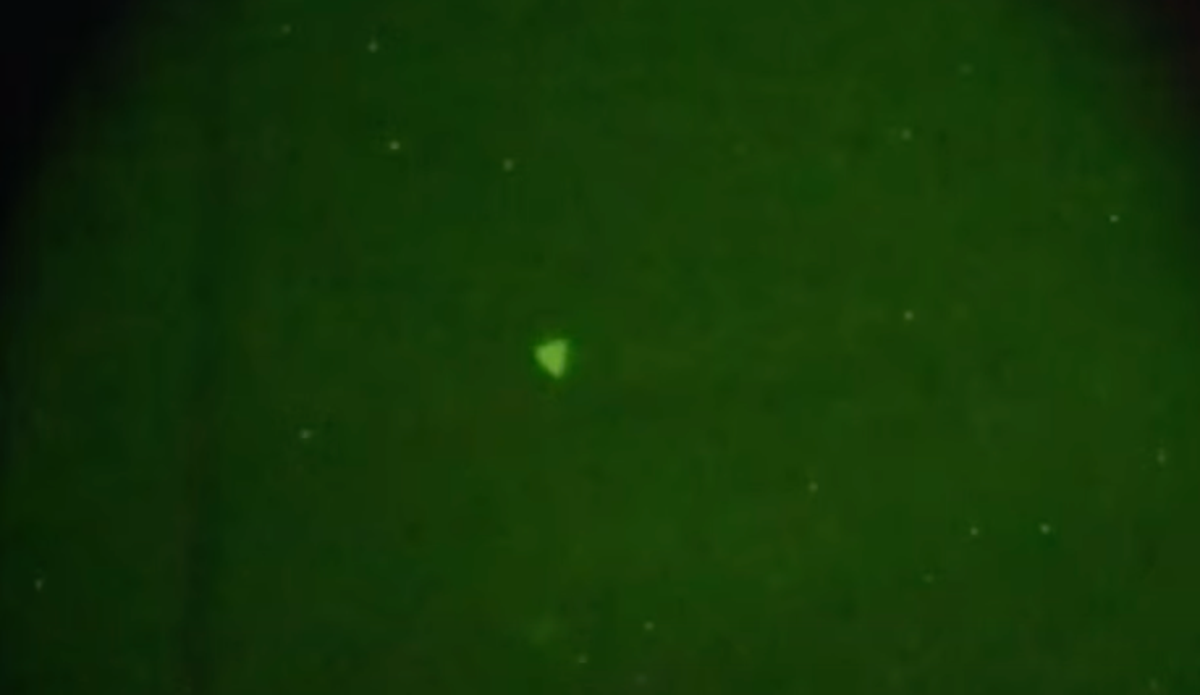 Flashing triangles in the night sky over a naval ship and a bullet flashing past a jet were some of the footage shown to US lawmakers Tuesday at the first hearing on UFOs in more than 50 years.

The Subcommittee of the House Intelligence Committee on Counterterrorism, Counterintelligence and Counterproliferation took testimony Tuesday morning from US Assistant Director of Naval Intelligence Scott Bray and US Undersecretary for Intelligence and Security Ronald Moultrie. Moultrie oversees the Pentagon’s new Airborne Object Identification and Management Synchronization Group (AOIMSG), which has been investigating the “frequent and continuous” sightings of what the Pentagon is now calling Unidentified Aerial Phenomena, UAPs, since the early 2000s.

Mr. Bray and Mr. Moultrie presented lawmakers with video of two different UFO/UAP sightings, one an example of a once-mysterious sighting that they believe has been explained and another that remains unexplained.

In one video, a sharp triangle flashes in the green-tinted vision of night-vision goggles, part of a video Mr. Bray said was taken by a US Navy ship a few years ago. Unexplained at the time, a similar sighting more recently allowed the Navy to conclude that the once-unidentified object was likely a US military drone or unmanned aerial system.

“We’re now fairly confident that these triangles correlate with unmanned aerial systems in the area,” Mr Bray said. “The triangular appearance is the result of light passing through the night vision goggles and then being recorded by one [single lens reflex] Camera.”

That doesn’t mean, he added, that all UFO sightings can be explained.

In another video captured from the cockpit of a plane operating at a military exercise area, a flash of white can be seen zooming past the plane.

“I have no explanation as to what this particular object is,” said Mr. Bray.

The video clip itself provides little information because the flyby happened so quickly that attempts to freeze the video so lawmakers could see the UFO for themselves have been largely unsuccessful. Such brief sightings are common, Mr Bray added, and the lack of quality data has made studying UFOs difficult.

Tuesday’s hearing follows the release of a report by the Office of the Director of National Intelligence nearly a year ago on UFOs, which found that more than 140 sightings since 2004 remain unaccounted for. The report also concluded that there was insufficient evidence to claim that the sightings were from alien or extraterrestrial technology, but that in many cases they were solid objects nonetheless – just not from the US.

“We stand by these initial results,” Mr Bray said.