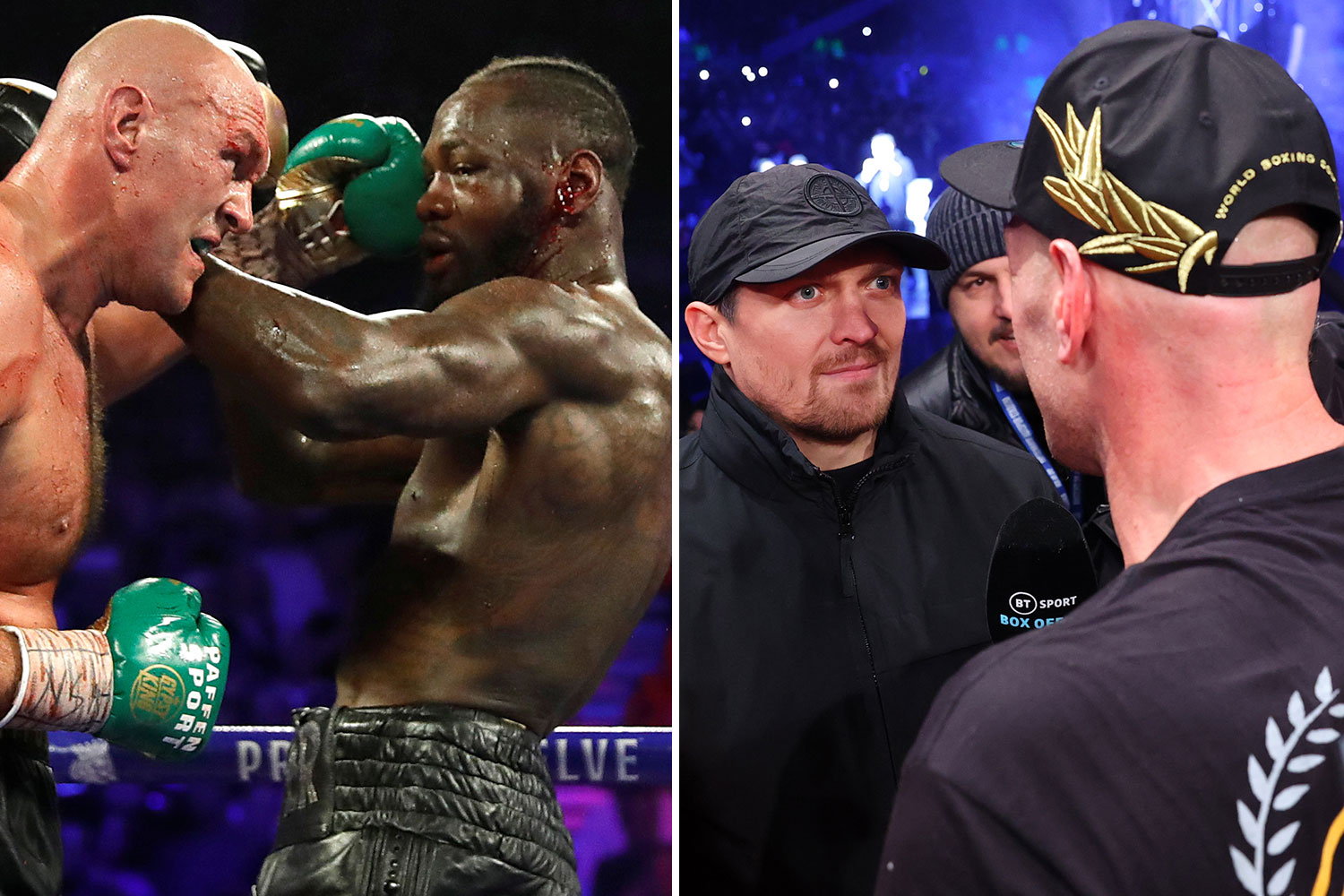 DEONTAY WILDER has said Tyson Fury’s fight with Oleksandr Usyk will be won by ‘who cheats hardest’.

The undefeated champions are in talks for the first undisputed title decision in the four-belt heavyweight division.

Usyk, 36, is washing up the WBA, IBF and WBO belts he won and then retained in his two points wins over Anthony Joshua, 33.

Fury, 34, meanwhile, took the WBC belt from Wilder, 37, in their rematch in 2020 and defended it in a trilogy bout a year later.

But Wilder has made several baseless allegations of cheating on Fury and still appears to stand by them.

Asked about the Usyk fight, he told ESNews, “I don’t know. This is a 50/50 fight. Depends on who’s going to cheat the hardest.

“That’s it, it depends on who’s going to cheat the hardest.”

Wilder also accused Fury of cheating in their 2018 draw, claiming the Brit had “something hard” in his glove.

When he was stopped in seven laps two years later, the American also claimed his water was “riddled”.

Perhaps the most memorable excuse of all was to blame the 45-pound ringwalk attire he wore in the ring for slowing his legs.

Even after Fury’s epic 11th-round KO of Wilder in their trilogy, the former champion was still covered in bad blood.

He said: “You have analysts who say, ‘If he had something in his glove, why didn’t you go to the authorities?’

“I wish I was in front of them and I would grab their collar and hold them close to my face so we could be eye to eye, face to face so much my breath touches her face.