TRES BIEN MICHELIN I’ve road tested cars, bikes and bicycles with Michelin tires – I’ve been a fan of theirs for years and that hasn’t changed 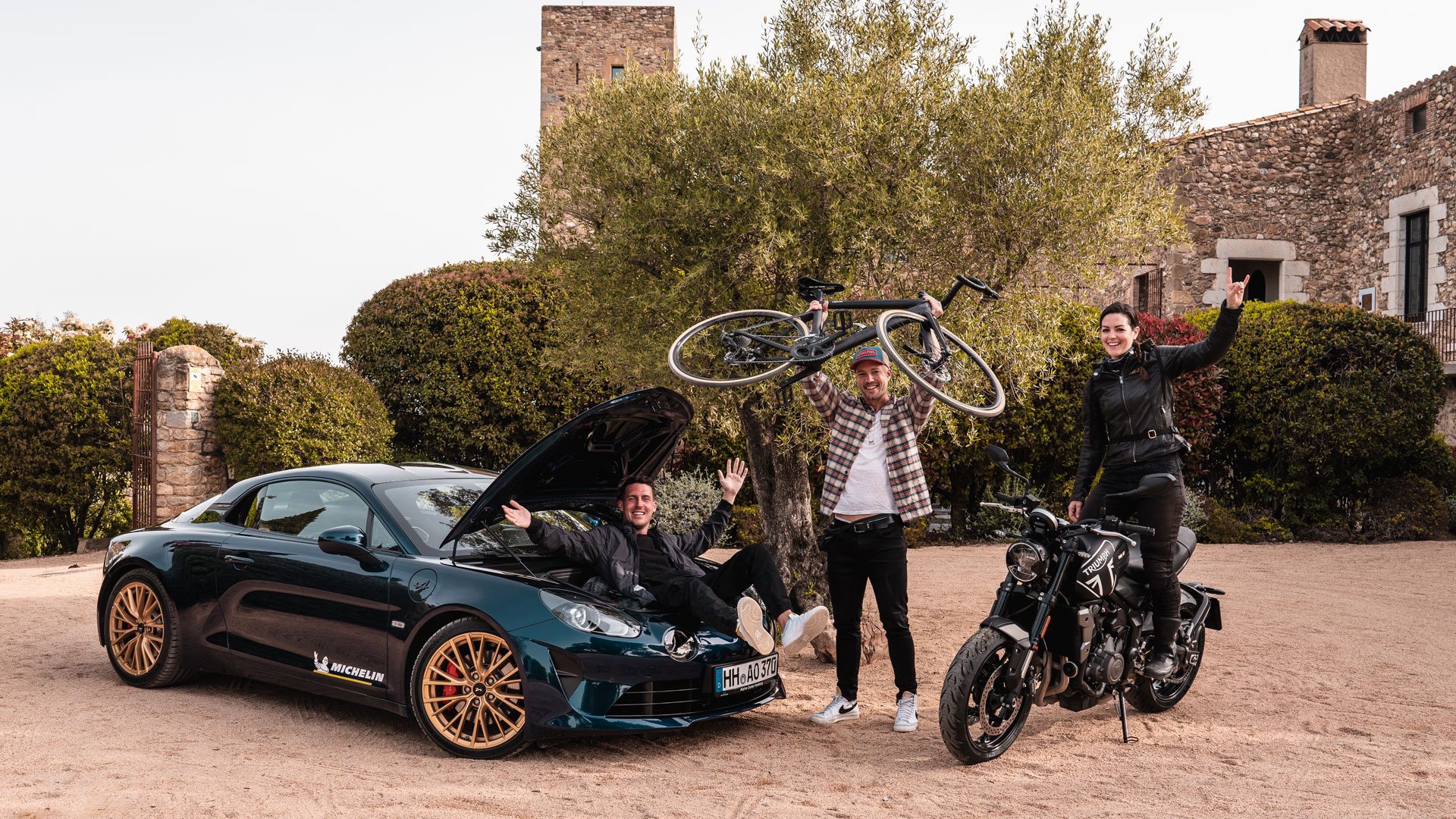 LOCKDOWN is a fading memory in our home, happy to report.

It was fun at first, but I’m the only man in the house with my wife and four daughters – and I’m used to traveling a lot for work.

There were times I really thought I was going insane.

Two of the best ways to combat insanity have been cooking and bicycling.

I’ve been cooking for years. Nothing fancy, just traditional stuff that fills my family.

It also means I can have a glass of wine alone in the kitchen while the girls watch Made In Towie or whatever.

Last week Michelin invited me to a triple tire test in Spain which ticked every single box for me. Cars. Cycles. Cycles. And good food.

What you see are the results.

It’s easy to dismiss tires as the black, round pieces that cost you too much money every now and then.

But Michelin knows better – and so should we.

It’s been in business for more than 130 years, perfecting the art of connecting riders and drivers around the world to the road.

You can of course buy cheaper tires. But when you think about the role they play, it’s hard to argue that a better contact area isn’t worth the money.

I keep fit by cycling – but mostly on a stationary bike in the living room.

I was silent while a nice man named Zippy appraised me for a road bike and told me that Girona was a mecca for cyclists in Europe.

It was so much more fun than the spin bike in my living room and it was worth the shame to have a picture of me in full lycra in a national newspaper.

Twelve hours later I’m behind the wheel of an Alpine A110 with 252 hp.

The sun is out and I’ve just been told that the road I’ll be driving on was once a tarmac stage of the World Rally Championship.

I know a lot about motorcycle tires but not much about car tires.

One thing I definitely knew at that moment was that the Pilot Road 5 rubber on my little French sports car would soon be getting a decal.

I drove like I’d accidentally left the hob on at home, but the tires and the car were fantastic.

I had the opportunity to cook with Michelin-starred chefs in Barcelona that evening and chose the Triumph Trident as my last mode of transport.

I know the bike really well but have yet to try the Michelin Road 6 tire mounted on it.

Did it change the handling of the bike? Absolutely not.

A lot of what works for me in a tire isn’t so much how it’s made as how safe I feel.

I’ve been a fan of Michelin since Pilot Road 3 in 2011 and that hasn’t changed.

Within a few miles of warming up this Road 6, I was stuck on unfamiliar roads, safe in the knowledge that I could pull together brake and lean angle without a fuss from the tire.