TOP TRIP A spooky optical illusion looks like it’s MOVING, but there’s a trick to making it stop – can you do it? 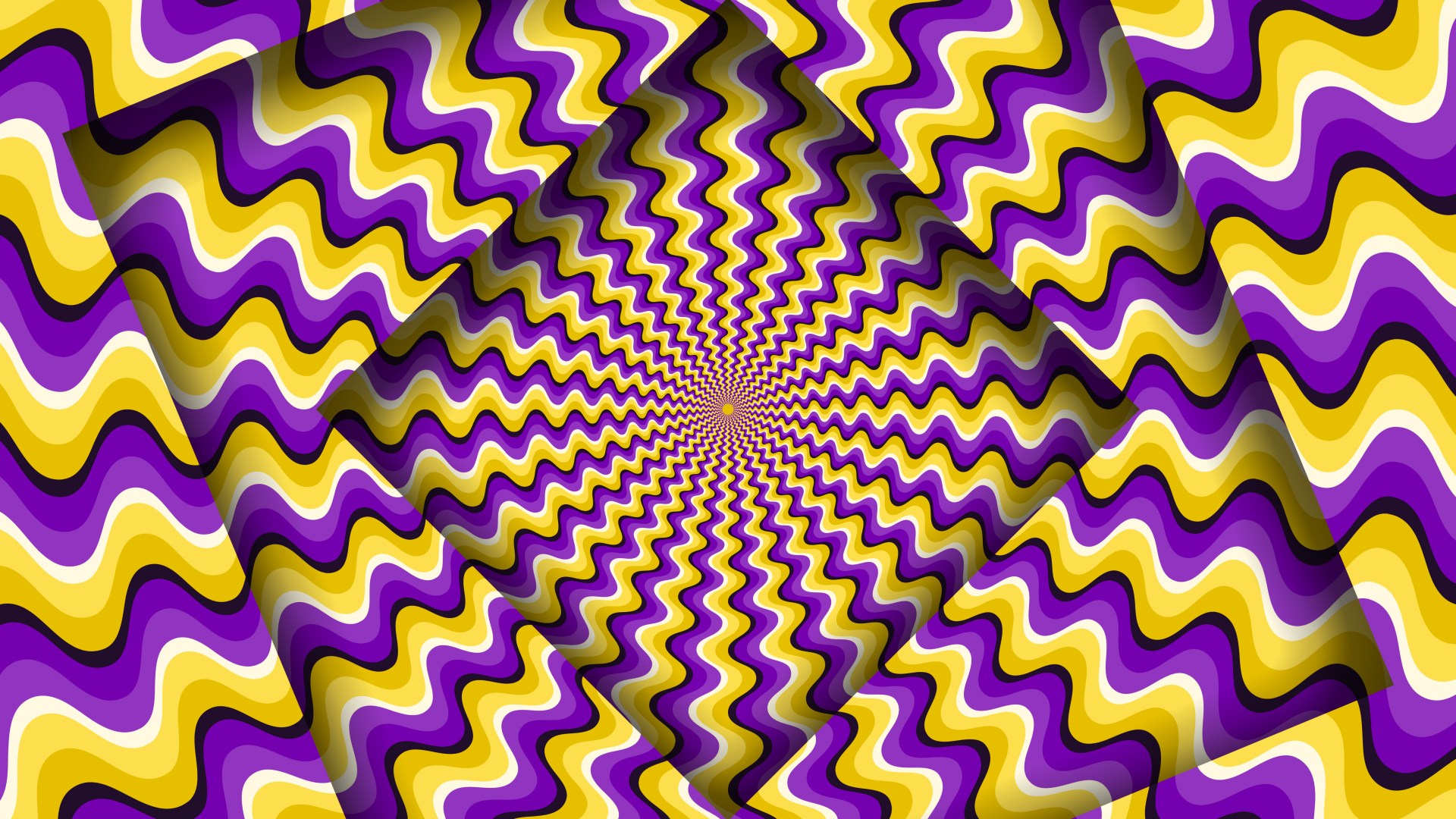 THIS brain-bending optical illusion is enough to boggle your head.

The purple-yellow image looks like it’s both three-dimensional and moving, but it’s actually stationary and flat.

It is an example of illusory motion, also known as an illusion of motion, where a static image appears to be moving.

They work by tricking the brain into seeing movement by using contrasting colors, object shapes, and positions.

Because our brain interprets a change in light as movement, it appears as if the lines are moving.

In reality they are completely static. A similar trick is used to create the illusion of depth.

Interestingly, the trick relies on the viewer moving their eyes across the image to get the full effect.

If you focus your gaze on the center of the image, the illusory movement will slow down or even stop altogether.

Optical illusions are often just a bit of fun, but they also have real value for scientists.

The brain puzzles help researchers shed light on the inner workings of the mind and how it reacts to its environment.

dr Gustav Kuhn, a psychologist and human cognition expert at Goldsmiths University in London, told the Sun earlier this month that illusions are important to our understanding of the brain.

“We usually take perception for granted and rarely think about the hard work that underpins everyday tasks, like seeing a cup of coffee in front of you,” he said.

“Visual illusions highlight perceptual errors and provide important insights into the hidden neural processes that allow us to see the world around us.”

It follows the release earlier this month of a spooky illusion that makes viewers feel like they’re falling into a black hole.