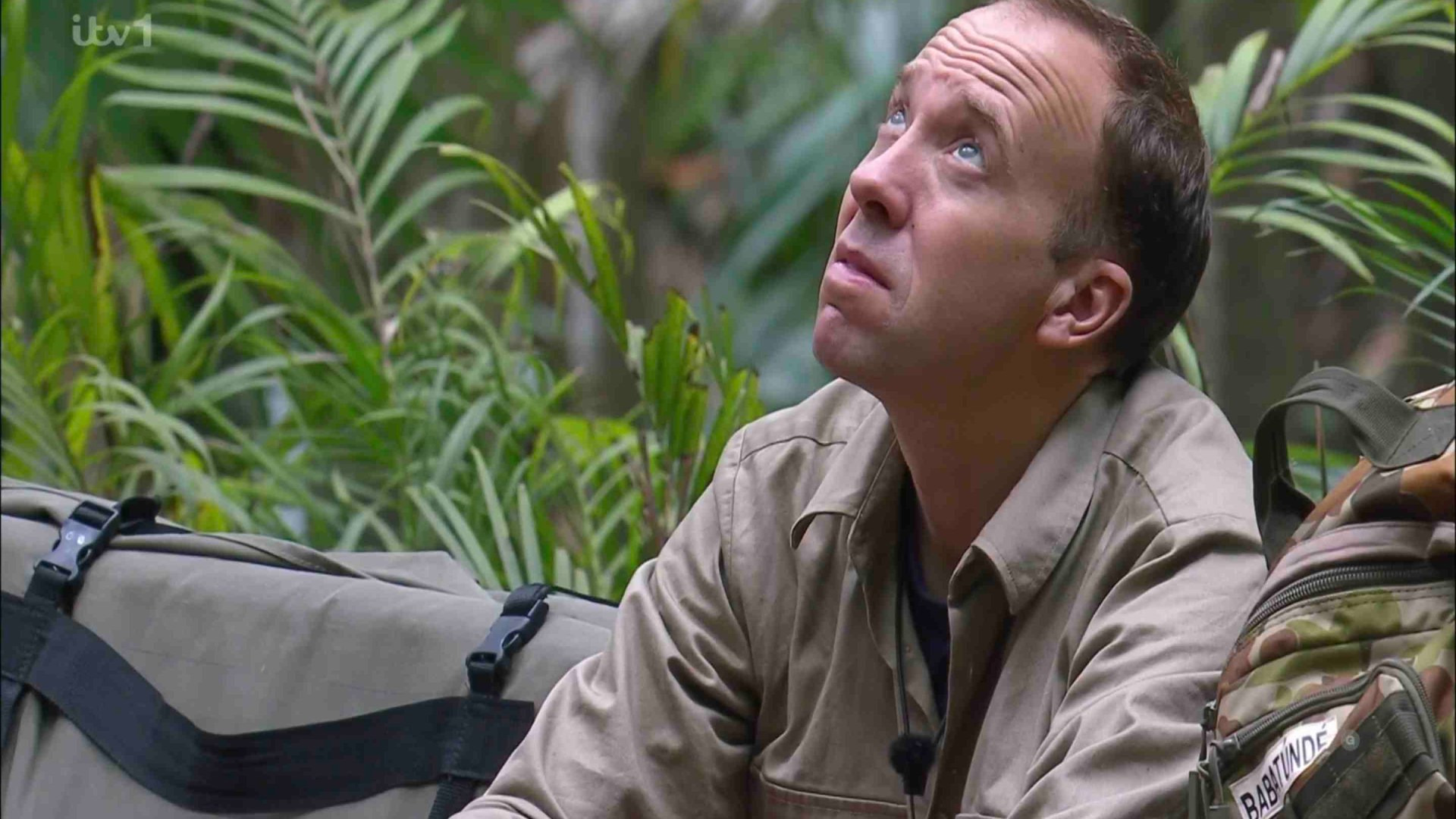 MATT Hancock has disappeared in recent I’m A Celeb episodes after getting bored in the jungle, show sources say.

Viewers have claimed the disgraced former Health Secretary, 44, was edited out by producers who decided “his time is up”.

I’m A Celeb fans claim Matt Hancock, 44, was edited out by producers[/caption]

He’s had very little airtime this week after joining the competition.

Housemates worried it would morph into “The Matt Show” after he faced six straight bushtucker trials.

The public voted to punish him for his mismanagement during the pandemic and his rogue affair with ex-aide Gina Coladangelo.

And candidates like Charlene White, 42, and Boy George, 61, have quizzed the West Sussex MP about his time in Westminster.

But a source said it has since become very difficult to get him involved.

They added, “Ever since Matt wasn’t voted in to tackle bushtucker trials and the housemates finished grilling him, he just hasn’t been involved in as many conversations.

“He is very quiet. He stepped down as camp manager to make way for Mike Tindall, which basically meant that he blended into the background of camp life.

“He fit into the camp dynamic, so he’s become more of a part of the setting than a hugely divisive figure.

PAIN OF THE PUNDIT

Oti Mabuse returned to Strictly 10 months after the show ended

“Which of course means he doesn’t deliver a lot of funny or interesting moments that make the cut.”

Julian Hilaire added: “Matt gets less airtime. Has ITV decided its time is up?”

I have a UPVC door, there is a switch to make it less drafty this winter

Matt has only been seen in a few chats this week, in one of which he recounted how his family’s business got into trouble at 14 and they nearly lost their home.

His other role on Tuesday night’s show was belting out Queens I Want To Break Free at the Jungle Arms.