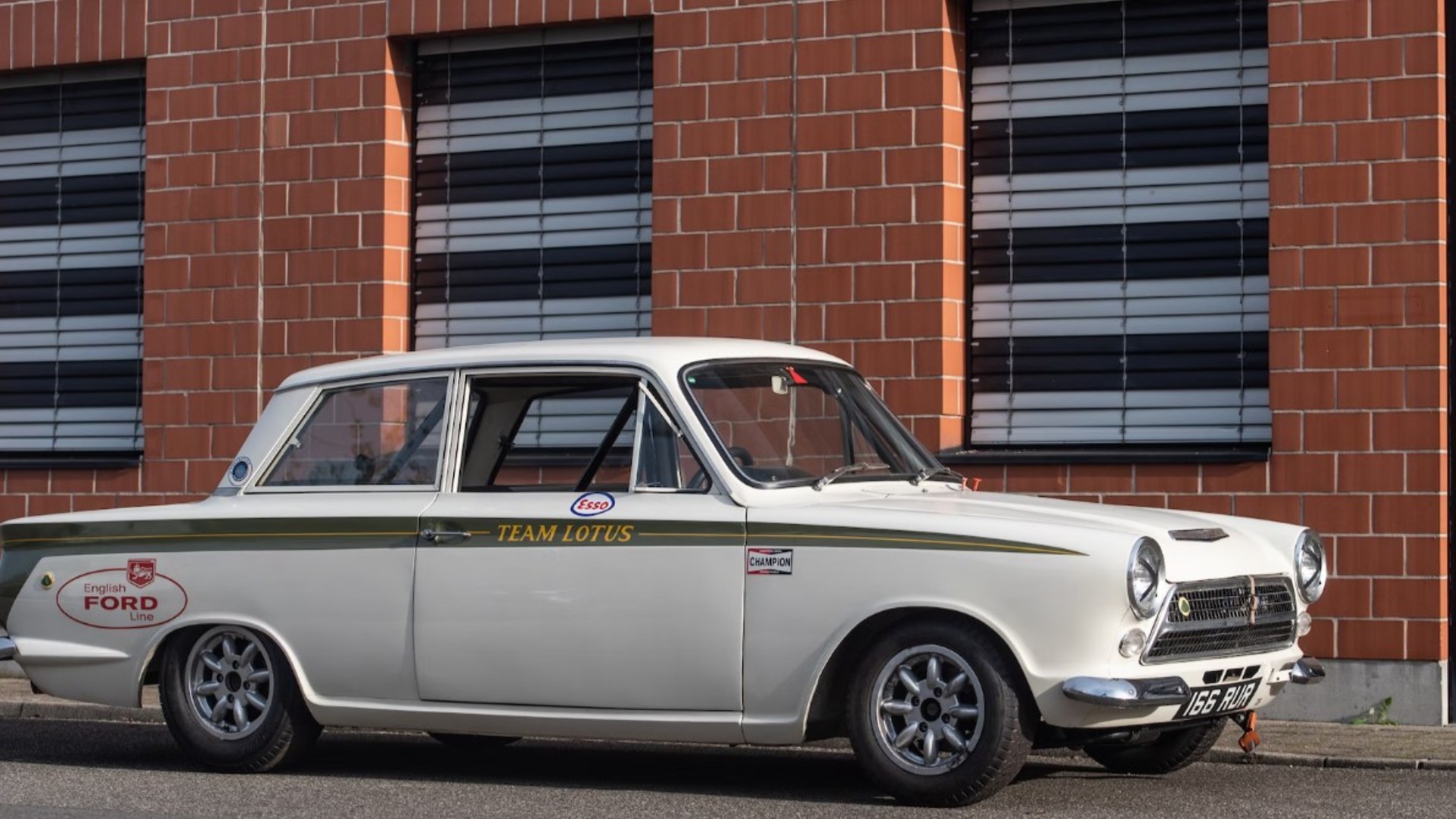 A FORD Cortina driven and owned by British racing and music legends has been auctioned for a staggering amount.

Ford teamed up with Lotus to build this multi-winning engine, and bidders went crazy over it at a Collecting Cars auction.

This very car was first driven in the 1963 Oulton Park Gold Cup, where it won the class with Jack Sears.

A week later it won its class at Snetterton in the final round of the British Saloon Car Championship in the hands of the legendary Jim Clark.

Then in 1964 it was brought to the United States, where it was driven by American driver Dan Gurney at Sebring.

It went on to win at Pensacola with racer Sir John Whitmore, so little Cortina isn’t lacking in motorsport heritage.

Years later, in the 1980s, it was discovered abandoned in Florida but fully restored.

Chris Rea then owned the car and it was driven at the Goodwood Festival of Speed ​​by TV star Tiff Nedell.

The ad says the car is: “Properly finished Ermine White, with accents of Sherwood Green on the flanks, finished with gold ‘Team Lotus’ lettering and pinstripes.