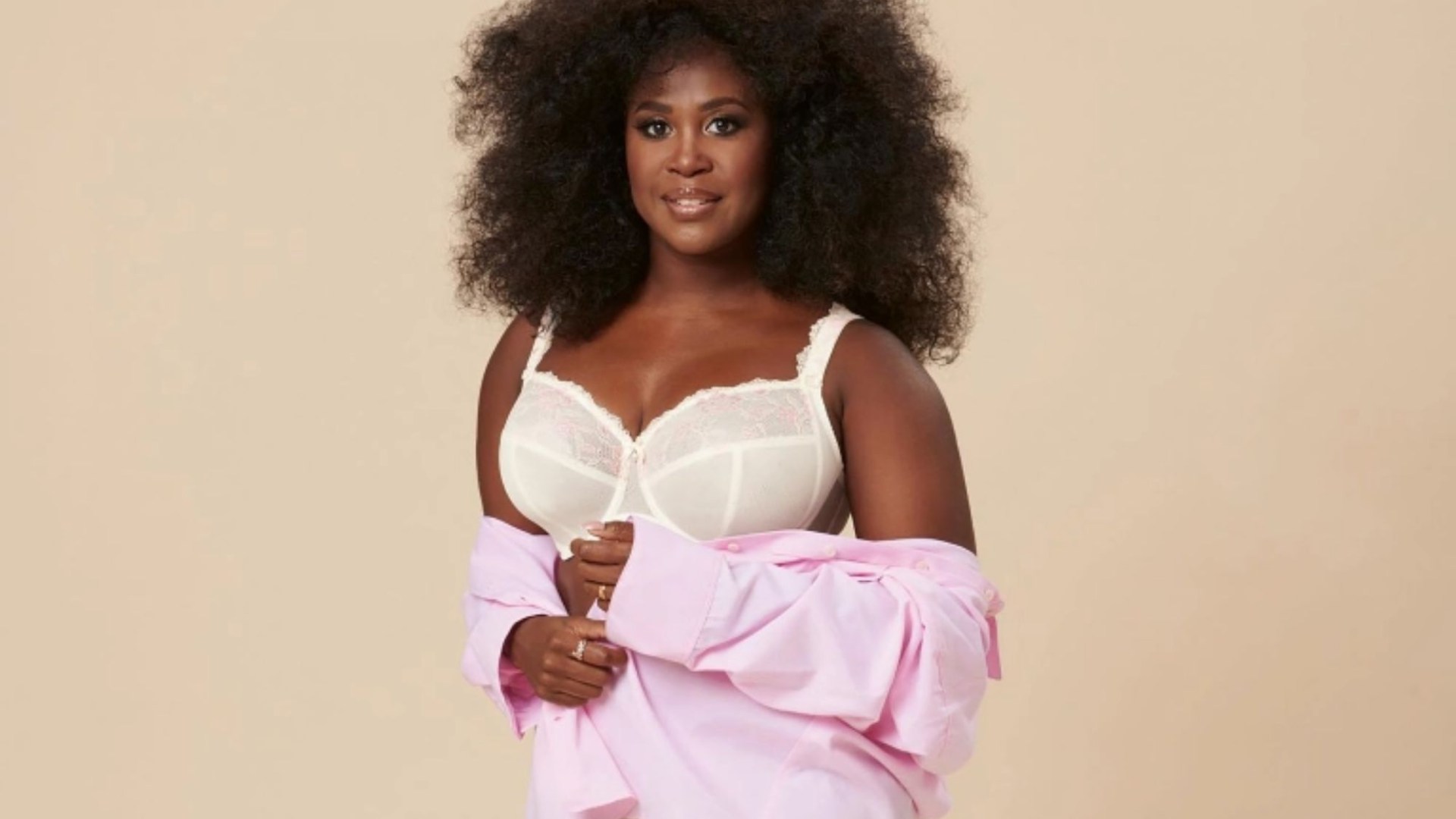 STRICTLY’S Motsi Mabuse assesses a different kind of lift as she models a new lingerie collection.

The BBC dance show star, 41, posed in a cream lace bra and pink shirt by manufacturer Anita – where she is a brand ambassador.

She told her fans on social media, “Not only does the bra look amazing, but it’s incredibly comfortable.”

According to strict judge Craig Revel Horwood, 58, she looks “fab-u-lous”.

In Finding My Own Rhythm: My Story, strict judge Motsi, 41, claims that throughout their 11-year marriage, Timo paid her an allowance from what she earned from her dance classes and television appearances.

She also says Timo turned down her requests to have a baby or run a dance school together and has refused to break up with her – despite her numerous pleas.

The couple, who met at a dance competition in England, married in 2003.

She moved to Germany from her native South Africa at the age of 18 to be with him.