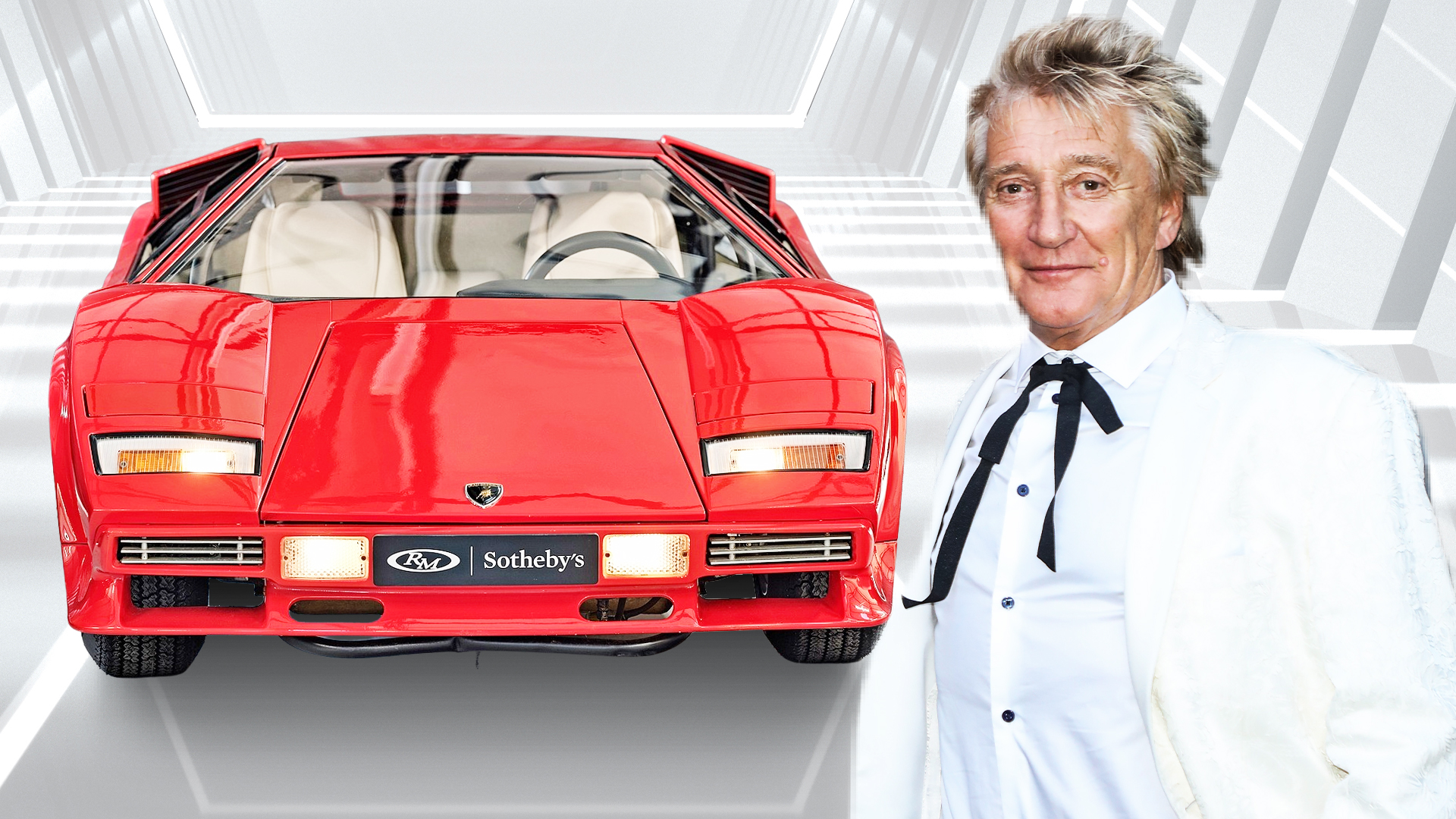 SIR Rod Stewart’s old Lamborghini is set to be sold for almost £1million.

The singer bought the Countach LP400 while touring in Australia and loved it so much he took it to the US when he was living there.

It is part of a collection of 87 Blitzmotoren that will go under the hammer in Paris on February 1st.

The auction is the largest of its kind to date, with cars including a 2022 Bugatti Chiron Profilée and a 1964 Aston Martin DB5 from Goldfinger.

The listing reads: “The Countach for sale here was built as a right hand drive for export to the Australian market where it was purchased by singer Rod Stewart while touring in the country.

“When the car left the Sant’Agata production line in June 1977, it was first painted Rosso with Tobacco trim and later followed Stewart in moving to Los Angeles.

“While in the US, musician Albert commissioned Madikian Engineering to carry out modifications including converting to a full wide body kit and then installing an open targa top.