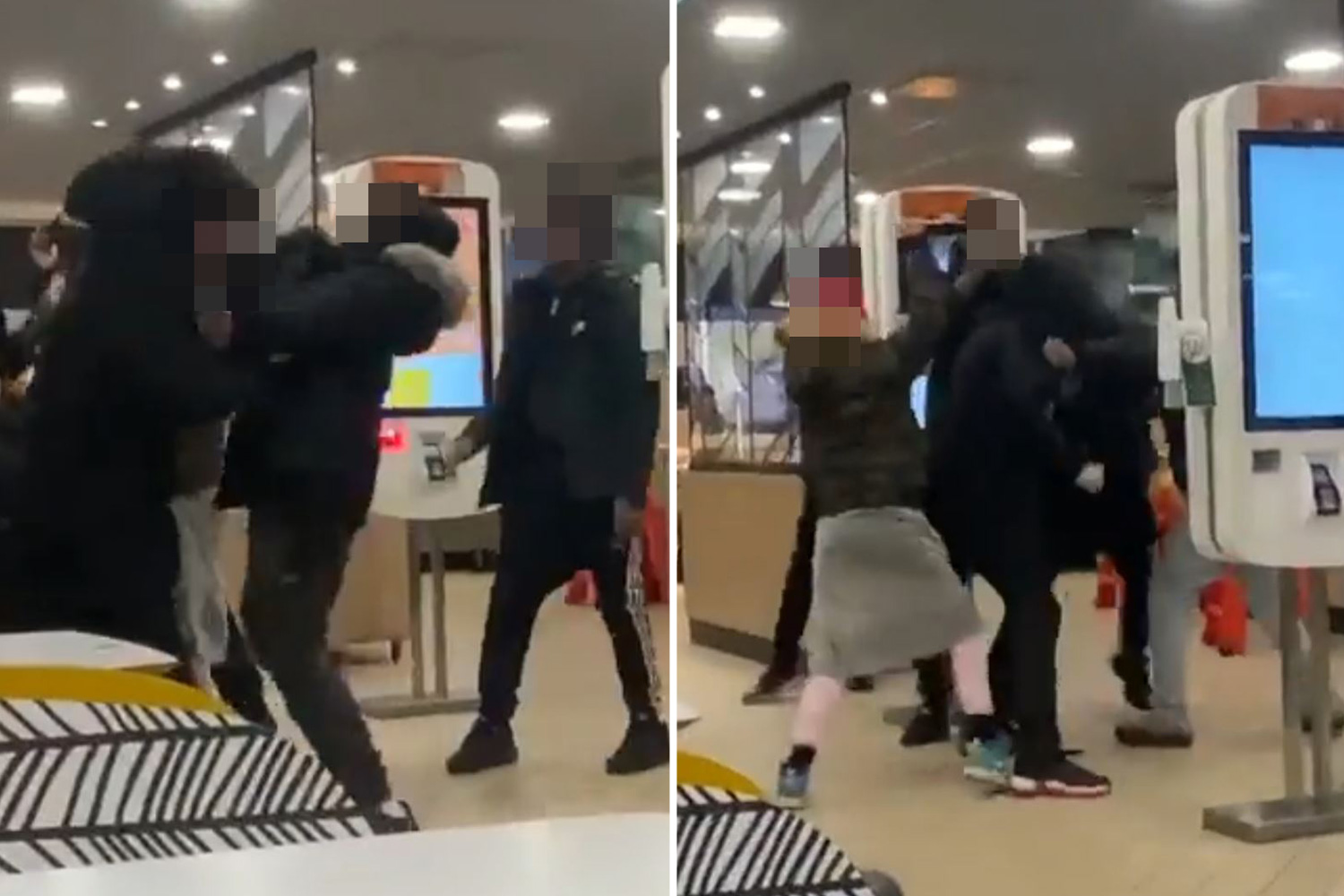 THIS is the shocking moment thugs got into a wild fight at a McDonald’s while kids watched.

Video footage circulating on social media shows yobs throwing punches at each other.

It is not known what sparked the confrontation at the fast food chain.

But the rowdy group can be seen pushing and shoving across the first floor area of ​​McDonald’s.

At some point, one of the racquets is violently thrown into the self-service machine.

Panicked workers tried to break up the fight as a line of young people piled up.

And children have been observed watching in disbelief and fear as the violence unfolds.

In the footage, customers can be heard shouting for the brawl to “stop” while the group – who appear to be mostly young men – shout threats at each other.

According to local media reports, the incident happened at Wood Green McDonald’s.

A statement from the Metropolitan Police said: “Police were called at 18:35 on Saturday 21 January to receive reports of a disturbance at a restaurant in the High Road, N22.

“Officials attended and spoke to a man in his 20s, who reported that he had been attacked by a group of three suspects who had since left the scene.

Investigations into the pursuit of the suspects are ongoing. Anyone with information that may assist in the investigation is asked to call 101 quoting CAD 5491/21Jan.

It comes after Yobs were seen fighting at another McDonald’s before one pulled out a giant knife.

The shocking incident broke out at a McDonald’s in Hackney, London on Friday in front of stunned customers.

The brawlers – who all appear to be young men – are seen wrestling with each other before one pulls out a crutch and uses it as a weapon.

Do you know more? Email ethan.singh@news.uk

Where is Bria Hamilton from “Are You the One?” now

Where is Bria Hamilton from “Are You the One?” now