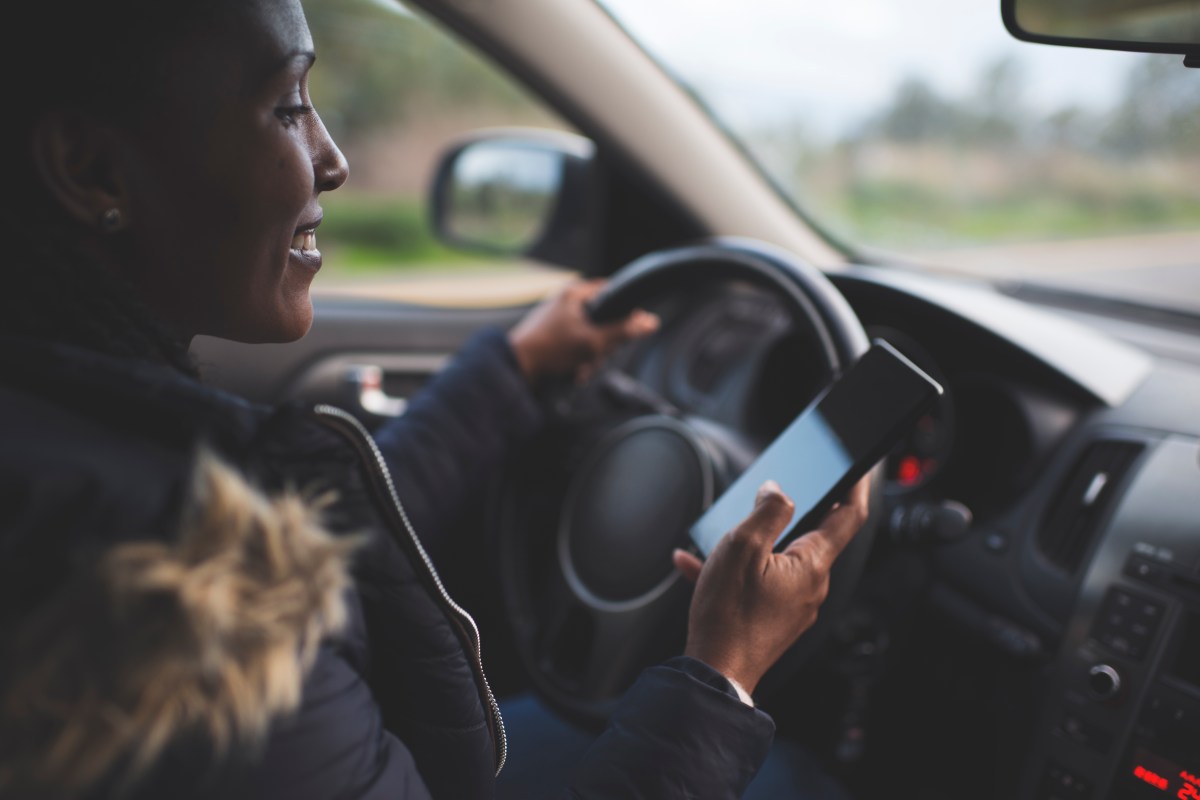 DRIVERS who scroll through Facebook or change the music on their phones will be fined £ 200 starting next year.

The law is tightened to close loopholes, which means Brits can fiddle with their phones behind the wheel.

Ministers are introducing changes to prohibit drivers from touching their phones or devices except in an emergency.

Anyone who violates it while scrolling, taking a selfie or playing games while driving, must expect fines and six points on the driver’s license according to the stricter rules.

Hands-free calling and the use of a telephone for the navigation system are still allowed.

And there will be an exception from McDonalds – meaning hungry Brits can still use their phones to pay for take-out on drive-through and road tolls.

Since a Supreme Court ruling in 2019 that drivers can only commit a crime, the British have been able to evade heavy fines for using them for “interactive communications” such as phone calls or tests.

Ramsey Barreto avoided being fined for filming a mass murder in west London in August 2017.

And another Brit in the past got away with only using his phone to change the music in the car and not speaking to anyone else.

The regulations also prohibit the use of hand-held telephones at traffic lights or in a traffic jam.

Eight out of ten people support the change, which will go into effect next year.

So-called “distracted driving” is one of the main causes of traffic accidents as more and more people own smartphones.

However, the original laws about driving a car while using a cell phone date back to 2003, before they were widely used.

Tech-savvy youngsters are more likely to pull out their cell phones when driving, Ipsos Mori found out.

Groups of drivers welcomed the move, saying texting and driving could be worse than having a drink.

Jason Wakeford, campaign manager for Brake, the road safety campaign, said: “When you use your mobile phone behind the wheel, your reactions are even slower than when you drive alcohol. It is therefore important that we all pay our full attention to the street. “The temptation to use a phone can never be worth a person’s life.”

Edmund King, AA President added, “By making cell phone use as socially unacceptable as drinking under the influence, we are taking great strides to make our roads safer.
“To make sure the drivers get the message, we also need more police officers in cars to help catch and deter those who are still tempted to take them away.”

Transportation Secretary Grant Shapps said last night: “Too many deaths and injuries occur while cell phones are being held.

“By making it easier to prosecute people who illegally use their phone while behind the wheel, we’re ensuring that the law is passed into their 21st century.

“While our roads are still some of the safest in the world, we will continue to work tirelessly to make them safer, including through our award-winning THINK! Campaign, which challenges the social norms of high-risk drivers.”