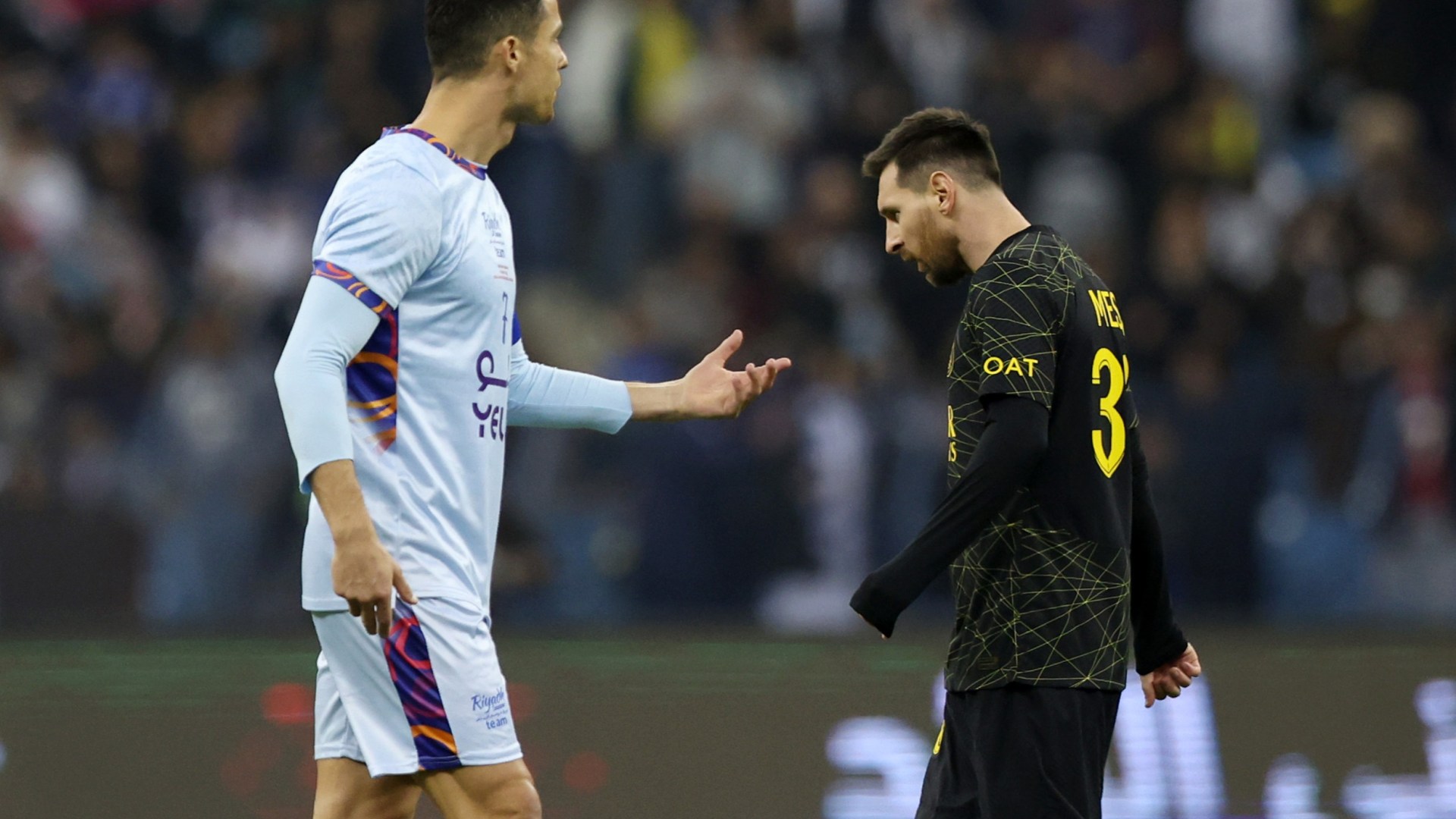 CRISTIANO RONALDO scored his first goals in Saudi Arabia but failed to help his side avoid defeat by PSG.

The Portuguese star played for a Saudi All-Star XI against the French giants at King Fahd International Stadium in Saudi Arabia.

Lionel Messi opened the scoring before Ronaldo equalized from the penalty spot.

Marquinhos’ try put PSG back in front after Juan Bernat saw red, but Ronaldo fought back again when he scored after Sergio Romos’ howl in defence.

The defender made amends by putting PSG back in front in the second half. But defender Jang Hyun-soo managed to reach the All-Stars level for the third time.

The parity didn’t last long as Kylian Mbappe converted a penalty of his own. Hugo Ekitiké made the five for the club on tour in the 80th minute.

But the game didn’t end there as Anderson Talisca scored a late consolation for the home side.