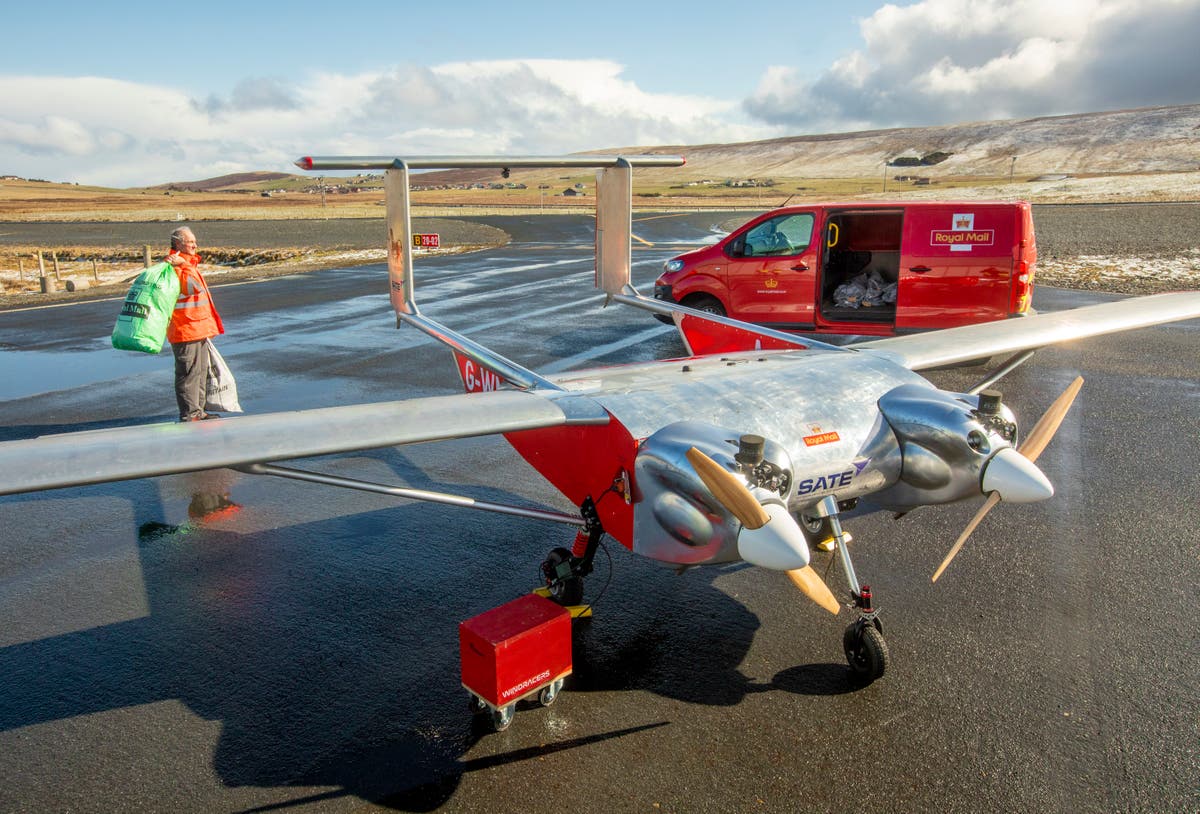 Royal Mail has announced plans to increase the use of drones for deliveries by creating 50 new ‘drone postal routes’ over the next three years.

As part of a partnership with logistics drone company Windracers and subject to Civil Aviation Authority approval, the move will provide faster and more convenient services for remote communities, Royal Mail said.

Ferries, conventional aircraft and land-based deliveries are currently used, which may be affected by inclement weather.

Initial routes for the new service will include the Isles of Scilly, Shetland, Orkney and the Hebrides.

Royal Mail said it aims to deploy up to 200 drones over the next three years, increasing to more than 500 to serve all corners of the UK.

Royal Mail has conducted four drone trials in the past 18 months, including flights to the Isle of Mull in Scotland, the Isles of Scilly off the coast of Cornwall and between Kirkwall and North Ronaldsay in the Orkney Islands.

Test flights for the new service were made between Tingwall Airport in Lerwick and Unst – a flight of 50 miles each way.

The drones used in the trial can carry up to 100kg of mail for two daily round trips between the islands, with letters and packages then being delivered by the local postman or woman.

Simon Thompson, Chief Executive of Royal Mail, said: “Delivering on time to our customers regardless of their location or weather, whilst protecting our environment is our goal.

“Although we go everywhere, Royal Mail already has the lowest carbon emissions per parcel delivered. This initiative will help reduce our emissions even further.”

Stephen Wright, Chairman of Windracers Group, said: “The middle mile of supply and logistics, particularly to remote locations, has long been overlooked by the industry and is ripe for innovation.

“We have focused over the past five years on developing the most commercially viable essential logistics drones, so we are delighted to be collaborating with Royal Mail on this ambitious and groundbreaking deployment of autonomous aircraft.”