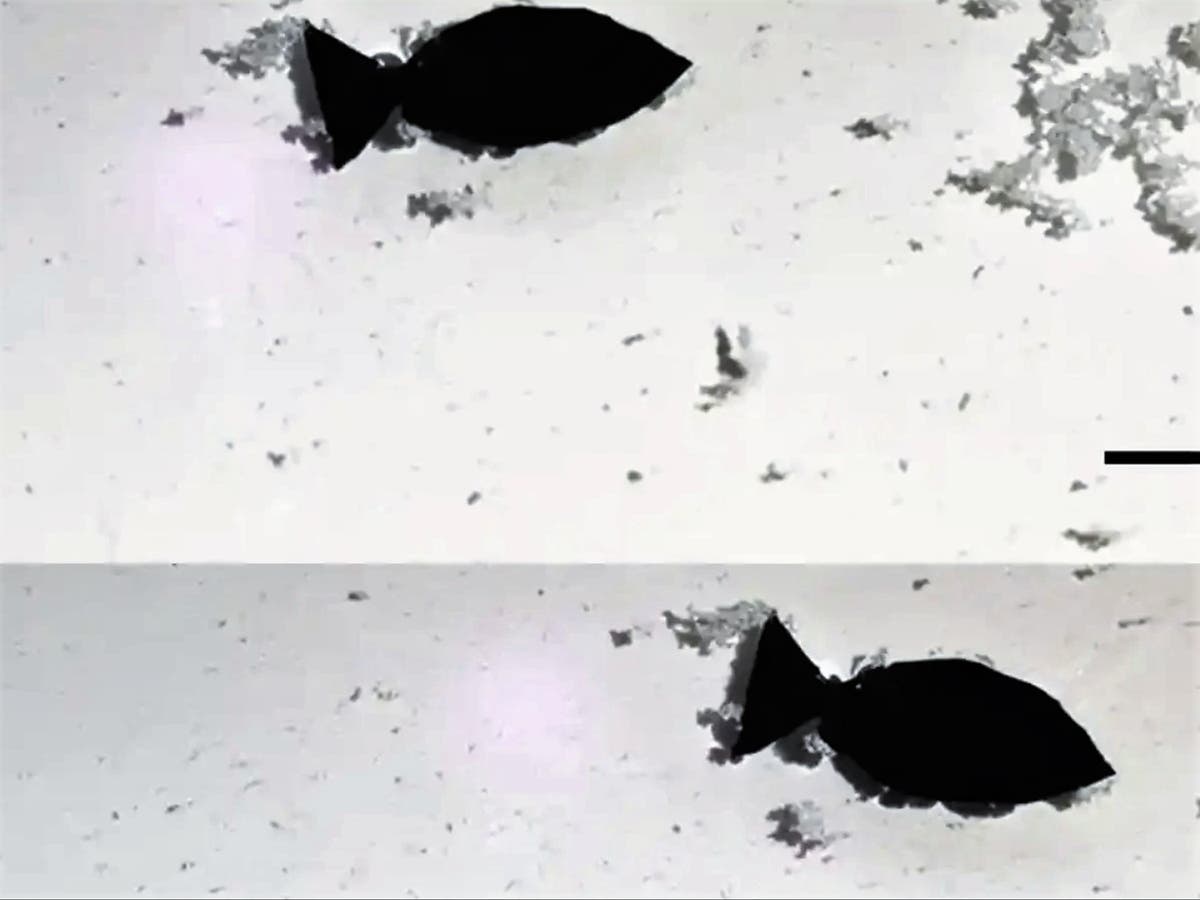 Researchers in China have developed a school of robotic fish that ingest microplastics while swimming.

The team from Sichuan University in southwest China hopes to use the robotic fish to clean up polluted oceans and save the lives of live fish, while providing real-time feedback on ocean pollution.

Soft to the touch and only 1.3 centimeters tall, these robots suck up microplastics even in shallow water.

The team aims to enable them to collect microplastics in deeper water and provide real-time information for analyzing ocean pollution, said Wang Yuyan, one of the researchers who developed the robot.

“We have developed such a lightweight miniaturized robot. It can be used in a variety of ways, such as biomedical or dangerous surgeries, like a small robot that can be localized to a part of your body to help you get rid of a disease.”

The black robotic fish is illuminated by a light that helps it flap its fins and wiggle its body. Scientists can use the light to steer the fish to avoid colliding with other fish or ships.

If it’s accidentally eaten by other fish, it can be digested without harm because it’s made of polyurethane, which is also biocompatible, Wang said.

The fish is able to absorb pollutants and recover itself even when damaged. It can swim up to 2.76 body lengths per second, making it faster than most artificial soft robots.

“We mainly work on collection (of microplastics). It’s like a sampling robot and can be used repeatedly,” she said.

The US National Oceanic and Atmospheric Administration (NOAA) defines microplastics as all plastic fragments that are less than 5 mm in length. These include microfibers from clothing, plastic beads from cosmetics, and degraded plastics from food packaging and other sources.

A 2019 EU study found that microplastics are present in every part of the environment, although the full risks to marine life are still unknown.

They have been found embedded in the respiratory and digestive tracts of fish, crabs and other crustaceans, which can then be passed to animals that eat them – including humans.