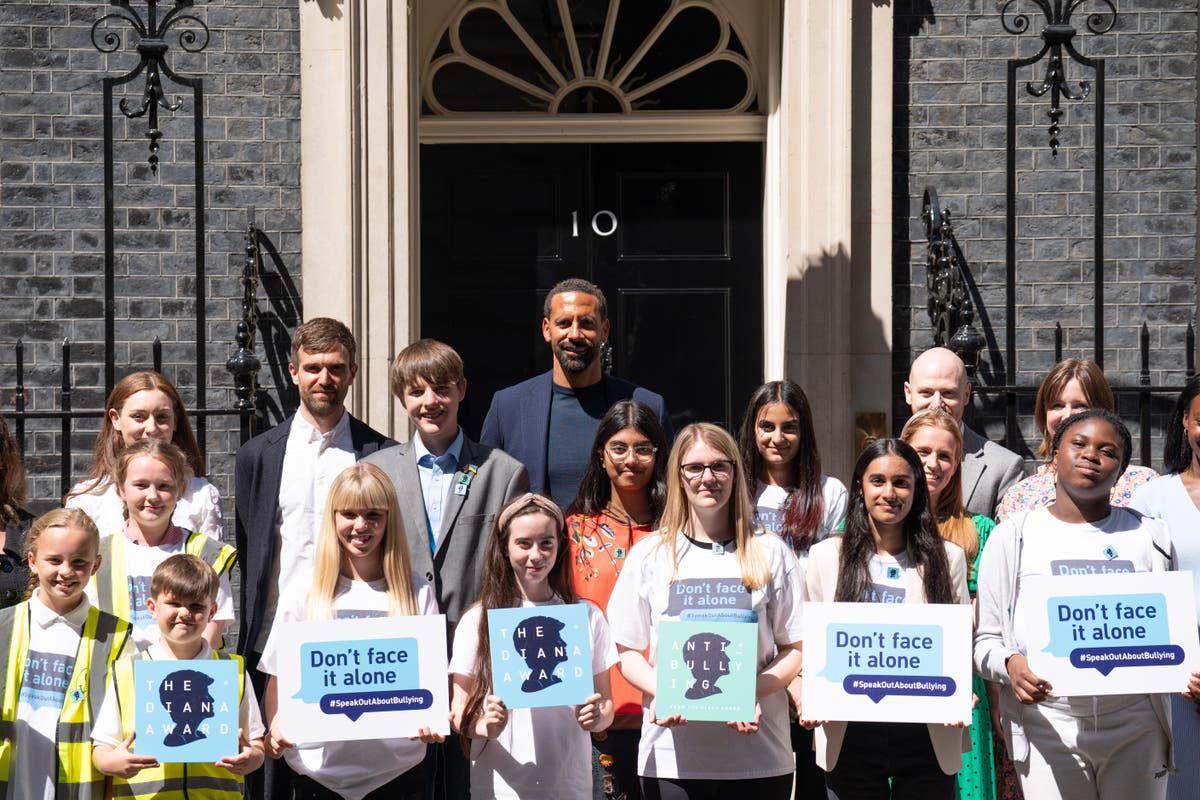 Rio Ferdinand has called for the creation of a new social media platform as he criticized tech giants for failing to tackle bullying and “toxic behavior”.

The former England footballer, who suffered racial abuse as a child, said he wanted to prevent his daughters from having the same experience.

He also backed the government’s online safety bill, which will allow Ofcom to fine companies up to 10% of their turnover for not protecting children online.

Ferdinand said: “Passing the online law will be a good start and will blame social media platforms for much of the hate online.

“Social media companies have not responded as positively as we expected given some of the big news that has been happening regarding social media and toxic behavior.

“Hopefully the online law will help with that – I don’t think it will eradicate everything completely, but we need to take good steps.”

Ferdinand made the comments at the launch of an anti-bullying campaign, Don’t Face It Alone, at No 10 Downing Street.

The programme, created by The Diana Award, hopes to ‘wipe out’ bullying after its research showed parents didn’t know how to tackle online abuse.

According to a survey of 1,400 people, nearly six in ten parents feel powerless when it comes to protecting their children online.

A similar proportion of children said they would not tell their parents if they were being bullied online, while less than half thought their parents could help.

Don’t Face It Alone has been endorsed by Twitter, Instagram and TikTok, but Ferdinand speculated a new social media competitor could be tackling online problems.

“Maybe I think another platform might be the answer that comes out of the forest,” he said.

“I think inspiring content and inspiring things on social media is the way forward.

“A lot of kids – I have kids myself – go online and try to fulfill an expectation that isn’t really achievable.

“Perfect lives, perfect pictures, perfect stories: that’s not feasible and we have to change that.”

Boris Johnson thanked Ferdinand and the Diana Award for launching the government-backed campaign.

The Prime Minister said: “Bullying in any form is totally unacceptable and can have a devastating, lifelong impact on young people.

“The more we do to encourage everyone to speak out, the easier it will be to end bullying once and for all.”