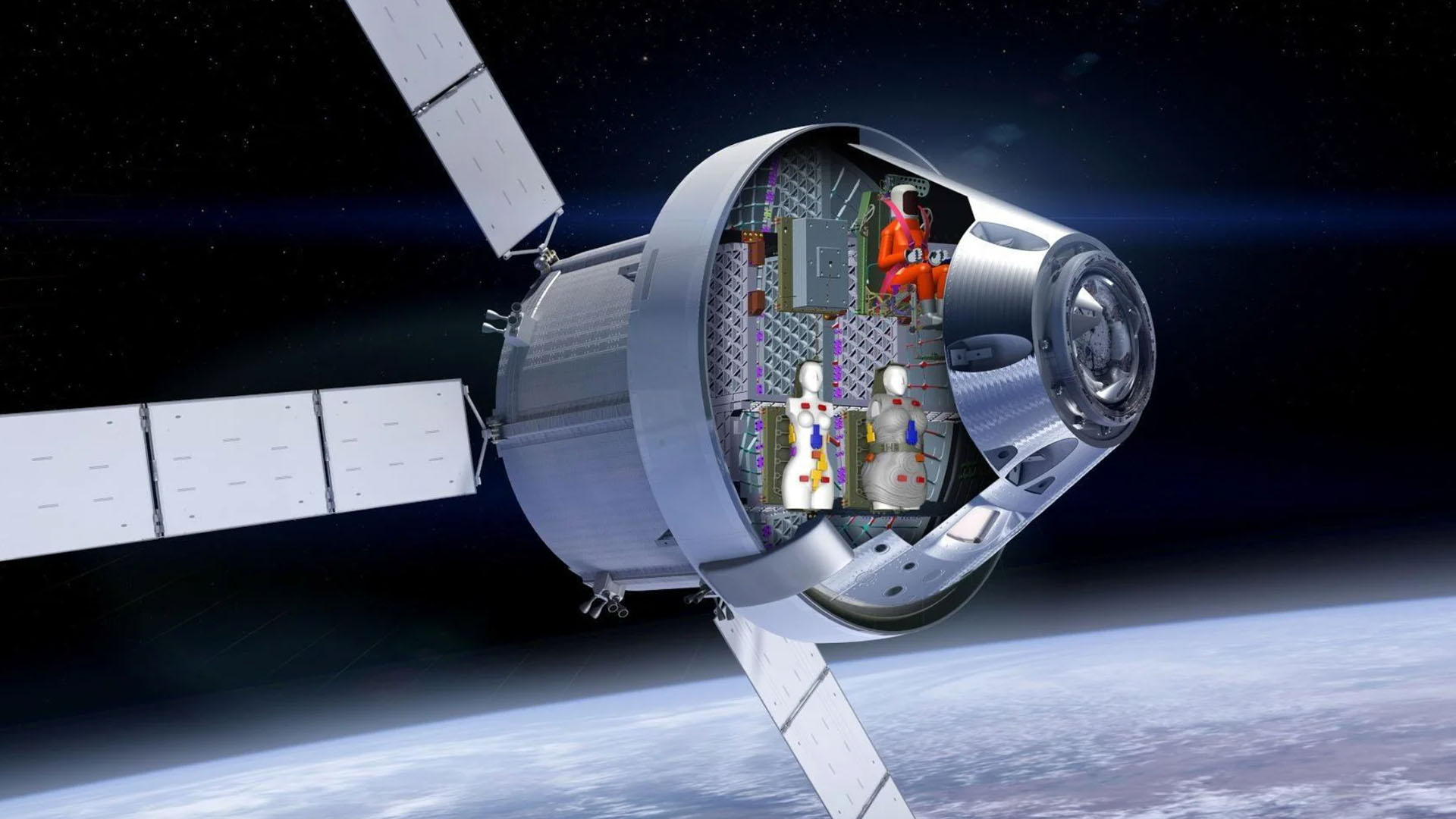 NASA will send artificial female bodies on a trip to the moon to observe radiation risks.

The US space agency would like to send real women to the moon, but believes the female body is at greater risk of adverse effects from space radiation.

This is where the mannequins Helga and Zohar come into play.

The two torsos are made of materials resembling the bones, soft tissues and organs of an adult human female.

Over 10,000 sensors and radiation detectors will track the effects of space on these materials as Helgar and Zohar travel around the moon.

The plan is to send the two identical torsos into space on the Artemis 1 mission, which will test all the technology expected to take humans to the moon in a few years.

Nasa plans to launch Artemis 1 into space this year and sling its Orion capsule around the moon.

The upper bodies remain on board and are observed after landing.

One of the mannequins will wear a new anti-radiation vest, the other will stand up to space on its own.

They will also be a third mannequin that will collect data on how the flight vibrates and the body accelerates.

Previous research has found that radiation exposure in women is more likely to cause cancer.

It is also believed that the radiation can have negative effects on female reproductive health.

NASA wants to observe this more closely before sending a manned Artemis 2 mission around the moon in 2024.

The space agency wants to land a woman on the lunar surface by 2025.

Hopefully the experiment with Helga and Zohar will help Nasa reduce the effects of radiation ahead of these manned missions.

The torsos were designed by the German Aerospace Center (DLR).

Thomas Berger from the DLR Institute of Aerospace Medicine: “We want to find out exactly how radiation exposure affects female astronauts during an entire flight to the moon and what protective measures can help to counteract this.”

Helga and Zohar could stay in space for six weeks.

You will experience the harsh effects of space radiation, which is known to alter DNA molecules.

The female torsos should launch sometime this summer, although Nasa hasn’t confirmed a date yet.

Watch: Bumgarner ejected by Diamondbacks after stare down, heated exchange with referee

Watch: Bumgarner ejected by Diamondbacks after stare down, heated exchange with referee