PEAR SHAPE Only 1% of people can see the hidden resemblance between these pears – can you? 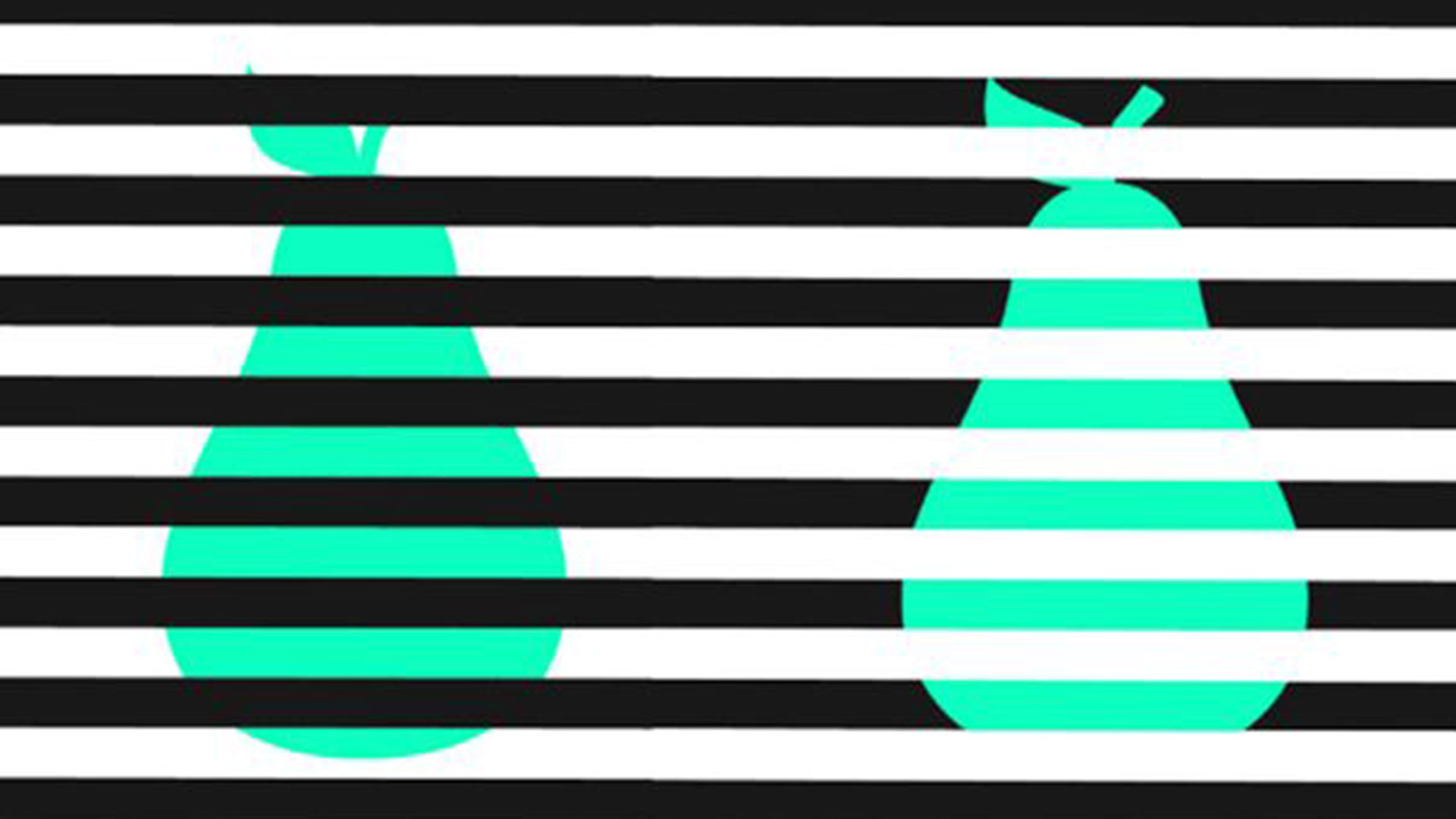 THIS optical illusion will have you scratching your head.

Although one pear looks darker than the other under the black and white lines, they are actually the same color.

This mechanism is an example of a brightness illusion.

Similar visual puzzles have been around for over 100 years and follow a familiar pattern.

Typically, two identical objects are placed on a striped or graduated background.

The objects appear very different depending on where they are placed against the background.

In June 2020, researchers at the Massachusetts Institute of Technology investigated the mechanism behind the illusions.

They showed that the phenomenon stems from a quirk in the way our brain processes what we see.

When looking at an image, we estimate an object’s brightness before visual information reaches the brain’s visual cortex.

This means that objects of the same color can appear lighter or darker than they appear based on the background on which they are rendered.

“All our experiments indicate that this is a low-level phenomenon,” MIT Professor Pawan Sinha said at the time.

“The results help answer the question of what is the mechanism underlying this very fundamental process of brightness estimation, which is a building block of many other types of visual analysis.”

Optical illusions are often just a bit of fun, but they also have real value for scientists.

The brain puzzles help researchers shed light on the inner workings of the mind and how it reacts to its environment.

dr Gustav Kuhn, a psychologist and human cognition expert at Goldsmiths University in London, told the Sun earlier this month that illusions are important to our understanding of the brain.

“We usually take perception for granted and rarely think about the hard work that underpins everyday tasks, like seeing a cup of coffee in front of you,” he said.

“Visual illusions highlight perceptual errors and provide important insights into the hidden neural processes that allow us to see the world around us.”

It follows the release earlier this month of a spooky illusion that makes viewers feel like they’re falling into a black hole.