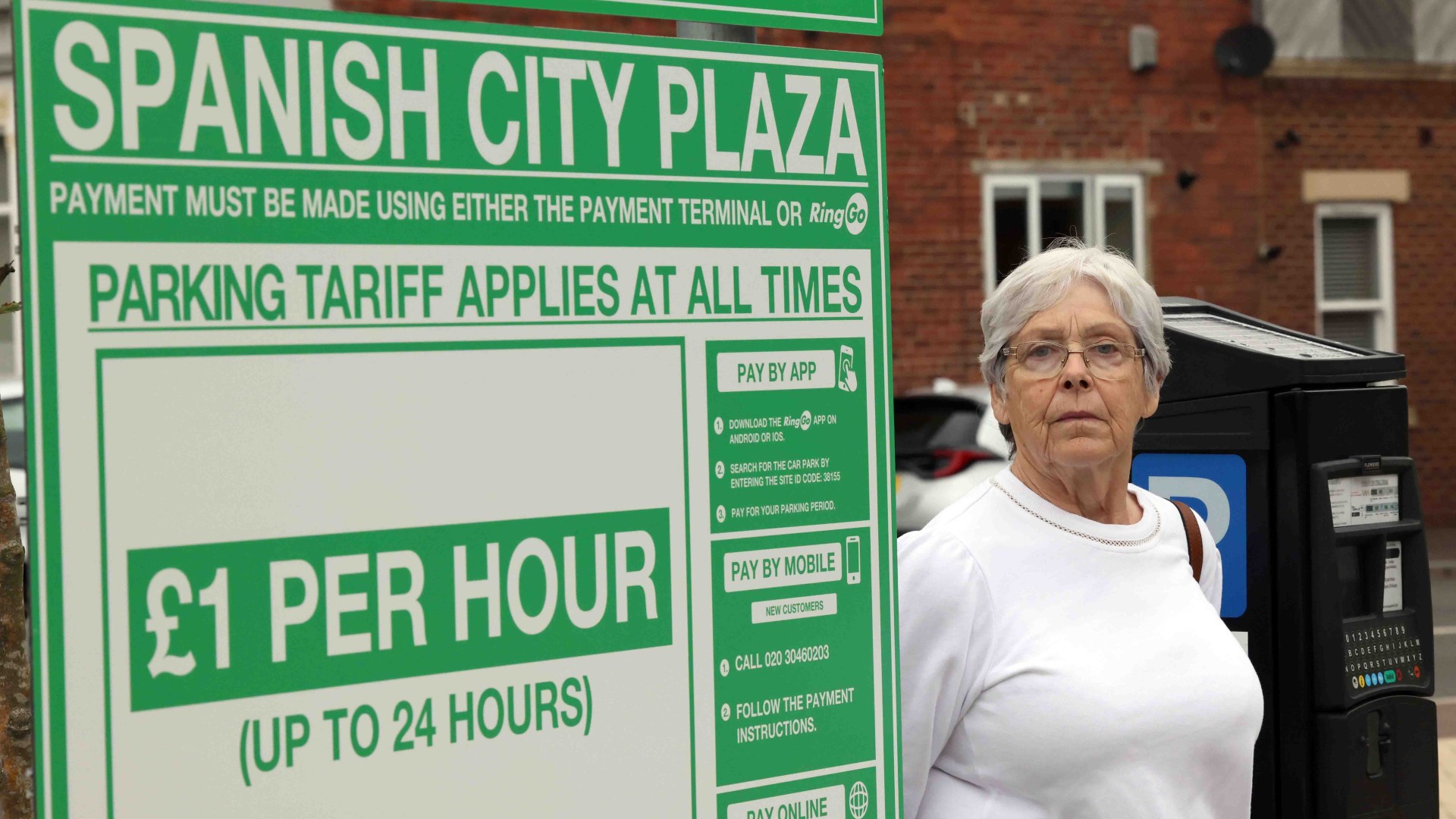 A PARKING company has been called ‘unethical’ after an elderly couple were fined after a day at the beach.

Jean Hills, 72, and her partner Peter, 75, were shocked when they received the fine despite showing a blue badge and paying for a parking space.

The elderly couple decided to use the Spanish town’s car park during a day trip to Whitley Bay, Tyneside on July 5.

After parking in a disabled space and using her blue badge, Jean also paid for a parking ticket and displayed it on the dashboard as well.

However, the couple were dismayed when days later they were fined by parking company HX Car Park Management Ltd. received.

After failing to appeal the £60 fine, Jean said she paid her out of concern as the company threatened to increase the fine to £100 if she didn’t.

She has since called the company “unethical” and says the parking terminals are “deliberately complicated”.

Jean told Chronicle Live: “We decided to spend a day in Whitley Bay and I wanted disabled parking as my husband Peter is disabled and I thought it would be easier for him to get in and out of the car.

“There was an extremely complicated machine and system to get a ticket, but I bought one and showed it.

“We then had a couple of hours at Whitley Bay and didn’t think about it any further.”

The pensioner added that she feels she has followed all the instructions and is still not sure why she was fined.

“Why would it issue me a ticket if I missed something?” She said.

“It seems the machines are intentionally complicated to catch people. This company is ruthless to say the least.

“It totally surprised me – ethically it’s not right.”

Jean added: “They could maybe say ‘You didn’t hit the last button’ or something on the machine, but I think technically they could be right, but morally they’re not.

“They steal £60 from me for no good reason. I paid for my parking spot and showed the plaque.

“I have no choice but to pay for it, I can’t make it more expensive, it’s like throwing money down the drain.”

The car park in the Spanish city of Tyneside was also criticized last month when a professor was fined after using a disabled space – despite wearing a blue badge just like Jean.

Fortunately, the parking company has since compensated Jean after admitting that they had “overlooked” Jean’s original appeal.

A spokeswoman said: “Ms Hills entered the wrong registration when paying for the car park.

“Since the website is managed by ANPR cameras, full and correct vehicle registration is required to validate payment.

“We indicate this on the signage throughout the car park as well as on the pay and display machines.

“Nevertheless, we allow a double-digit margin of error. Ms. Hills entered only one digit incorrectly and our appeals team missed it.

“We should therefore have accepted the appeal, but it was wrongly rejected.

“We will email Ms Hills to let her know the PCN has been canceled to apologize for the error and refund the £60 she paid.”