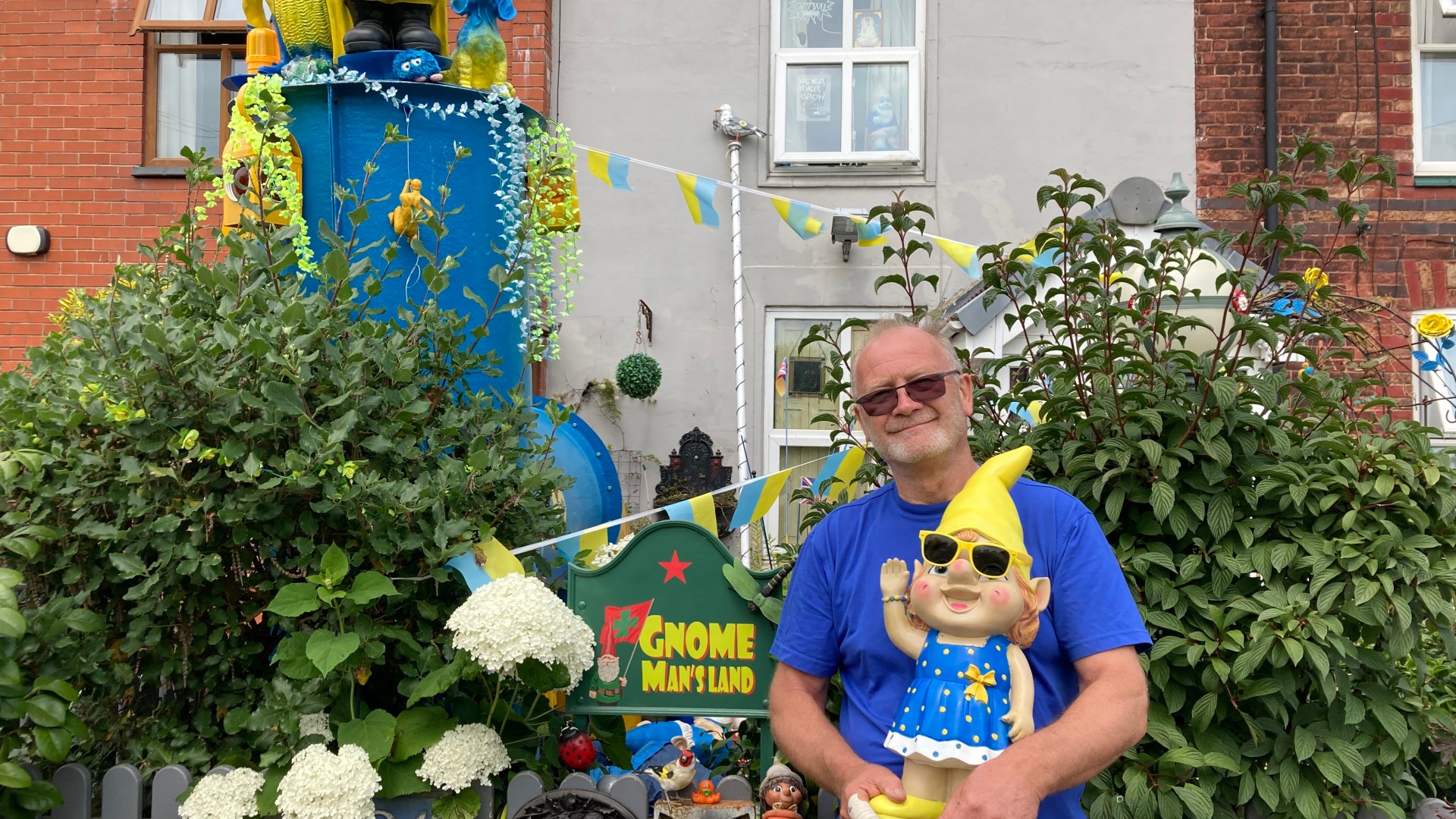 A man blocked his residential street with a homemade barricade amid an ongoing battle against school-run parents – and his own neighbors.

Derek Woodacer has been fighting with parents at the local primary school in Mosley Common, Greater Manchester, over parking for almost three years.

He is outraged by the mums and dads who stop on Commonside Road around school drop-off and pick-up times, claiming they have no right to park there.

The road is not adopted – meaning residents, not the community, are responsible for the cost of repairs.

Since moving in five years ago, Derek has furiously fought to keep people from parking, blocking the street with gas canisters, a homemade barricade and now a horrific pothole.

The protracted dispute has resulted in fighting, vandalism, complaints and massive financial costs, he claimed.

But some neighbors have dubbed Derek “observant” for his ongoing war cry and claimed he’s notorious for his big and brave obstacles that went too far.

In the final blow of their relentless campaign, the Council tore down Derek’s massive barricade blocking the road.

Wigan Council removed the giant creation on July 19 after a written warning, leaving Derek already searching for his next motoring deterrent.

He even dug deeper into a pothole in front of his house to deter motorists looking for a quick place to stop.

Derek told the Manchester Evening News: “When I moved in I was like what the hell is this. For the first week I saw a lot of people parking in front of the school.

“I felt a lot of abuse from parents when I told them they couldn’t park there. We have to pay to fix the road and it costs thousands.

“I met every local resident on the street and they told me about all the problems. There was assault and property damage, and we wanted to clear that up.

“I said that was unacceptable and said there’s no point in fixing the road if we can’t stop people from parking here.”

Derek’s neighbors aren’t all happy with his determined stunts.

He took on the task of protecting the park area – and charged ahead with the barricade even after residents refused to donate materials.

An anonymous neighbor said: “He started by tackling the parking lot by the school, putting gas canisters on the street.

“It’s minutes where they get off there – people understand and want kids to get to school safely.

“He’s blocked the street before, has arguments with neighbors, his mouth is disgusting.

“Police and council were here for hours when [the barricade] has been removed.

“The legislation on this street is so old that people don’t want the stress. People have never done that on the street.

“He wants the attention. He made the hole bigger. He is well known in the area. He said he would upset the whole street. It drains. I have never experienced something like that.”

Another neighbor, Ruby Howard, who has lived on Commonside Road all her life, said Derek’s shenanigans have been a constant source of stress.

She said: “For 16 years we’ve always had a back and forth [with the school].