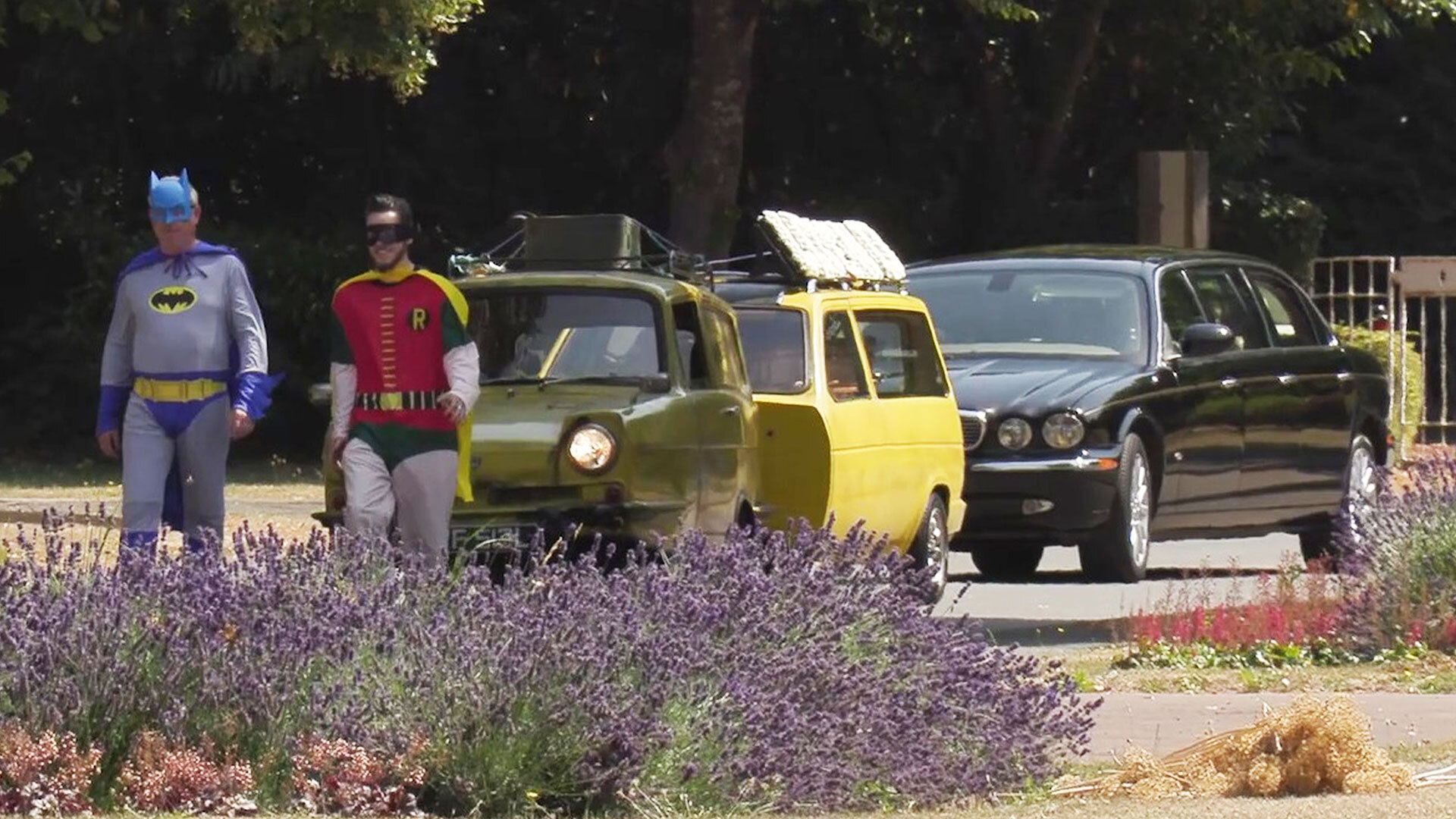 An AN Only Fools and Horses superfan was buried in a Reliant Regal hearse, with undertakers dressed as Batman and Robin.

Eddie Joyce’s family wanted to give him a “beautiful cheer” after he died of heart failure at the age of 72.

Daughter Victoria, 50, said of the retired painter and decorator: “He was a bit of a Del Boy character.

“He was old school and a bit of a cheeky guy.

“The funeral reflected his character perfectly.

“He loved Only Fools and Horses.”

The father-of-five’s work van was littered with references to the iconic BBC sitcom, including the Del’s Reliant line “New York, Paris, Slough.”

A yellow tricycle was laid out for the funeral in his hometown of Slough.

The staff were also in Batman and Robin outfits, a nod to the 1996 Christmas special starring David Jason as Del.

Victoria added: “It was heartbreaking but we knew he would love it.”