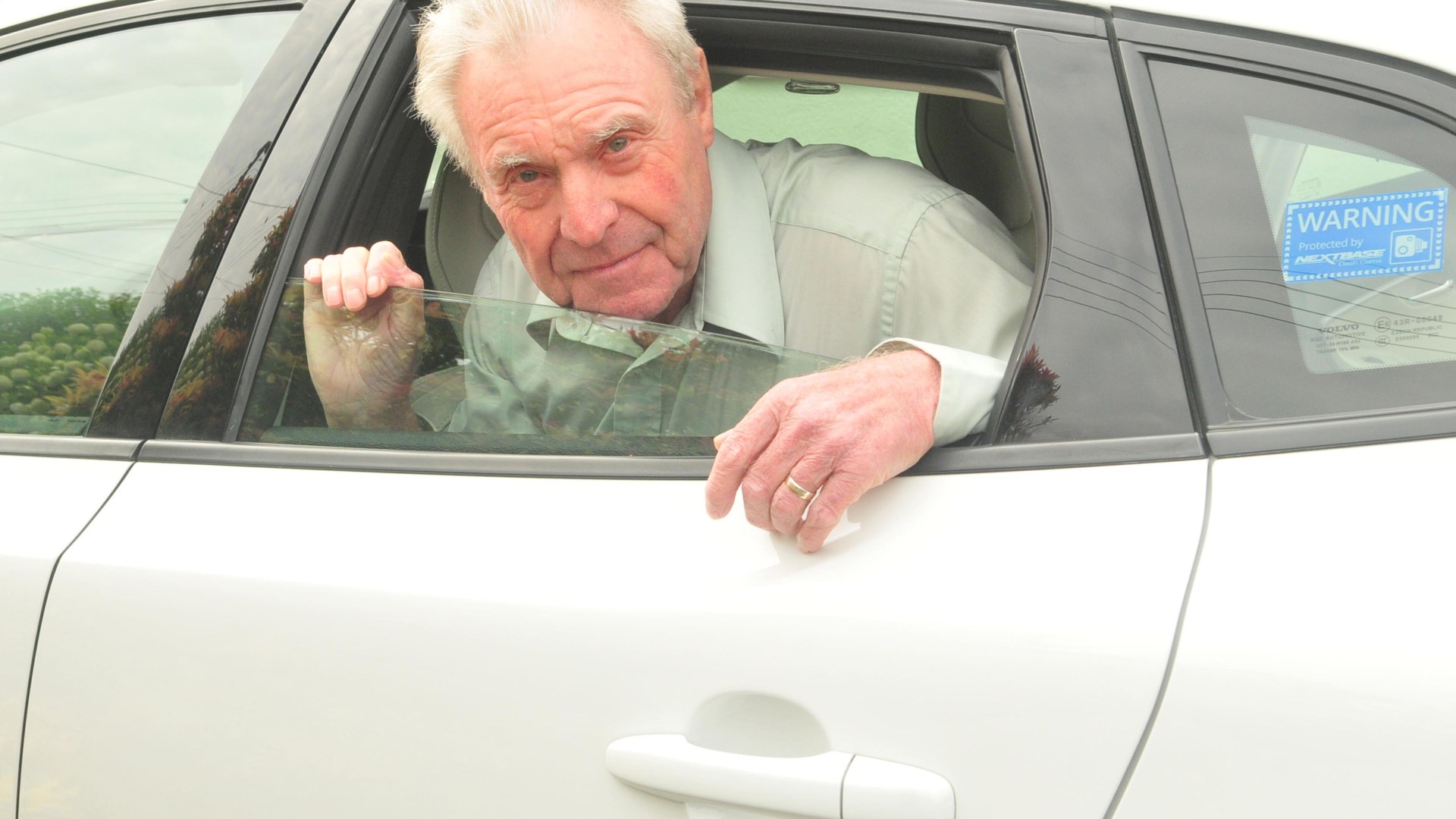 A retired mechanic couldn’t open his car’s back door for TWO MONTHS after a questionable design flaw – but the DVSA refuses to declare it a safety issue.

Paul Sherborne, 75, was furious when officials instead told him to climb out a window of his Volvo in the event of an accident.

He accused the Driver and Vehicle Standards Agency of risking lives with the advice, adding that no one could fit through the 190 x 210mm window.

Paul, from Fremington, North Devon, told The Sun: “Obviously it’s a safety issue. That annoys me more than anything.

“This is a government agency that is not fit for purpose. I told them to show me how to get out of that window and I haven’t heard from them since.

“They just care about protecting themselves. You’re putting safety at risk with this advice. But they don’t want to do anything about it. Why did you side with a billion dollar company?

“Imagine you have a highway accident or the car is on fire and you have to get out immediately. What if there is a child in the back?

“There’s no way you can get through that window and it’s hard to climb over the front seat. Put simply, you are dead.”

Paul discovered in February that one of the back doors of his Volvo V40 had been forced open when wife Patricia was unable to open it, inside or out, to retrieve her coat at a neighbor’s funeral in Bath.

The door worked as usual before they started their 100-mile journey, but by the time they arrived the lock had jammed.

He saved himself £600 by fixing the problem himself last month but insisted it shouldn’t be up to the driver to eliminate the safety hazard.

Paul added: “It was a hell of a job. I was lucky to be able to pull it off, but it shouldn’t be my job to fix it. The DVSA should be more concerned.”

He said an online forum showed hundreds of people had the same problem as him with different models and said a recall was discussed two years ago.

A representative told Mr Sherborne: “The investigation found that once the condition has been ascertained, the driver can ensure that the seating position remains unoccupied until appropriate repairs have been made.

“Occupants can exit the vehicle using one of the remaining operational doors or, in an emergency, an open window if the doors do not open.

“In addition, rescue workers or passers-by can open the remaining doors using the outside handles.

“In conclusion, the DVSA does not consider the failure of a door handle mechanism as meeting the safety criteria set out in Section 3 of the Code of Conduct and will now close this case.”

Volvo told him: “We have been made aware of a problem with the door locks on some of our models.”

But it reiterated that the DVSA concluded it was not a safety issue, adding: “The decision was not made directly by Volvo.”

Paul said he has no problem with Volvo itself as it has been in contact with the DVSA but he is angry with the Department for Transport.

He added: “I can’t stand these people. I have no place for her. They’re not worth voting for.”