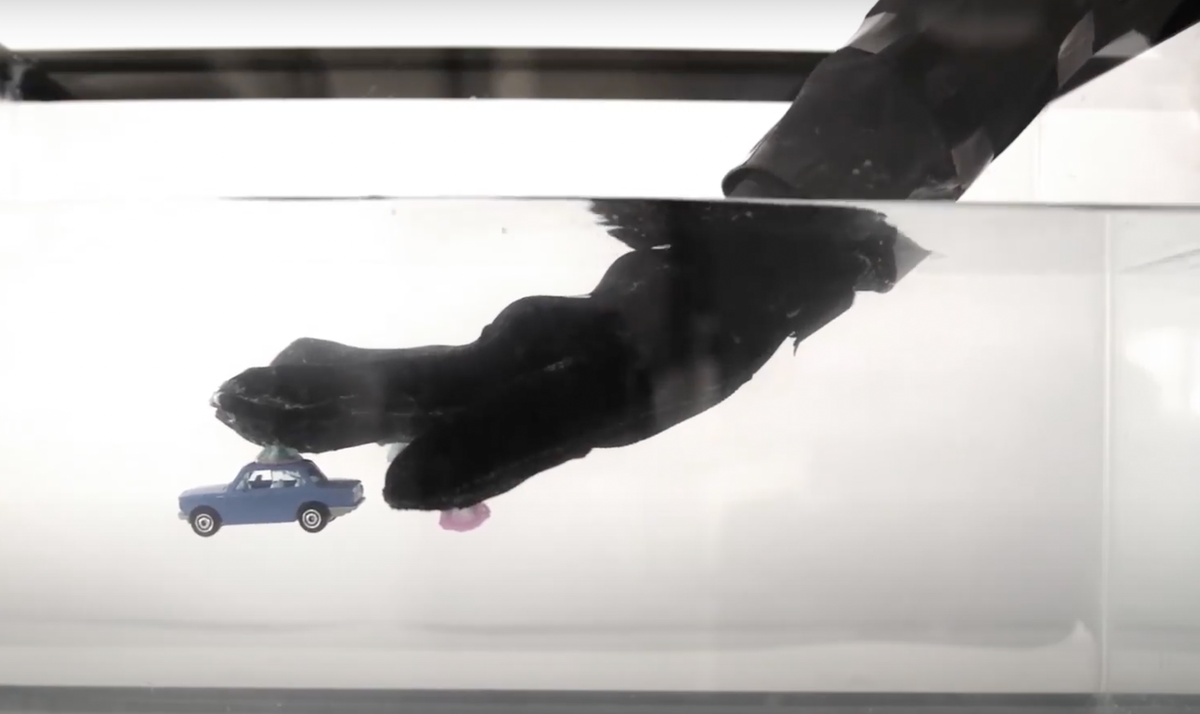 Engineers have created a new type of glove inspired by the tentacles of an octopus, allowing the wearer to simply hover their hand over an object to grab it.

The “Octa-glove” can firmly grip objects underwater and potentially support robotic innovation for underwater exploration and healthcare, according to a study in the journal scientific advances On Wednesday.

Because the human hand isn’t well equipped to grip slippery things underwater, scientists at Virginia Tech in the US point out that handling delicate objects poses a challenge for rescue divers, underwater archaeologists and bridge engineers.

To solve this problem, they made the Octa Glove – inspired by suction cups on octopus tentacles that can quickly activate and release adhesion when needed.

The glove reimagines the suction cup of an octopus, which can reliably hold on to objects with light pressure, ideal for flat and curved surfaces.

The wide outer rim of the suction cup seals around an object, after which the tentacle muscles contract and relax the cupped area behind the rim to add and release pressure.

This helps the cephalopods create a strong adhesive bond with their tentacles that they find difficult to break.

“Nature already has some great solutions, so our team looked to the natural world for ideas. The octopus became an obvious choice for inspiration,” said Michael Bartlett, a study co-author from Virginia Tech.

“Equally interesting, however, is that the octopus controls over 2,000 suction cups in eight arms by processing information from various chemical and mechanical sensors. The octopus really brings together adhesion, sensing and control to manipulate underwater objects,” explained Dr. beret.

With the development of octopus-inspired adhesion mechanisms, the researchers also designed a way for the glove to detect objects and trigger adhesion, using a series of tiny lidar sensors that use light to detect how close an object is.

The artificial suction cups and lidar sensors are also connected via a microcontroller to couple the object recognition process to the suction cup engagement, mimicking the nervous and muscular systems of an octopus.

“By fusing soft, responsive adhesive materials with embedded electronics, we can grip objects without having to squeeze them,” explained Dr. Bartlett.

“It makes handling wet or underwater objects much easier and more natural. The electronics can activate and release the adhesion quickly. Just wave your hand towards an object and the glove will do the work of grasping. All of this can be done without the user pressing a single button,” he added.

Testing the glove underwater with different gripping modes, the study found that the researchers were able to quickly pick up and release flat objects, metal toys, cylinders, the double-curved portion of a spoon, and an ultra-soft hydrogel ball.

They could also grab larger objects like a plate, box, and bowl by reconfiguring the sensor network to use all sensors for object detection.

The glove could also stick to and lift flat, cylindrical, convex, and spherical objects made of both hard and soft materials, even when users do not grasp the object by closing their hands.

“These capabilities mimic the advanced manipulation, sensing, and control of cephalopods and provide a platform for synthetic underwater goo membranes that can reliably manipulate various underwater objects,” said Ravi Tutika, a postdoctoral researcher who was part of the study team.

“This is certainly a step in the right direction, but we still have a lot to learn about the octopus and the manufacture of integrated adhesives before we can reach nature’s full grasp,” added Dr. tutica added.

Researchers believe the glove may play a role in soft robotics for underwater grasping and manufacturing.