NASA keeps finding its own junk on Mars 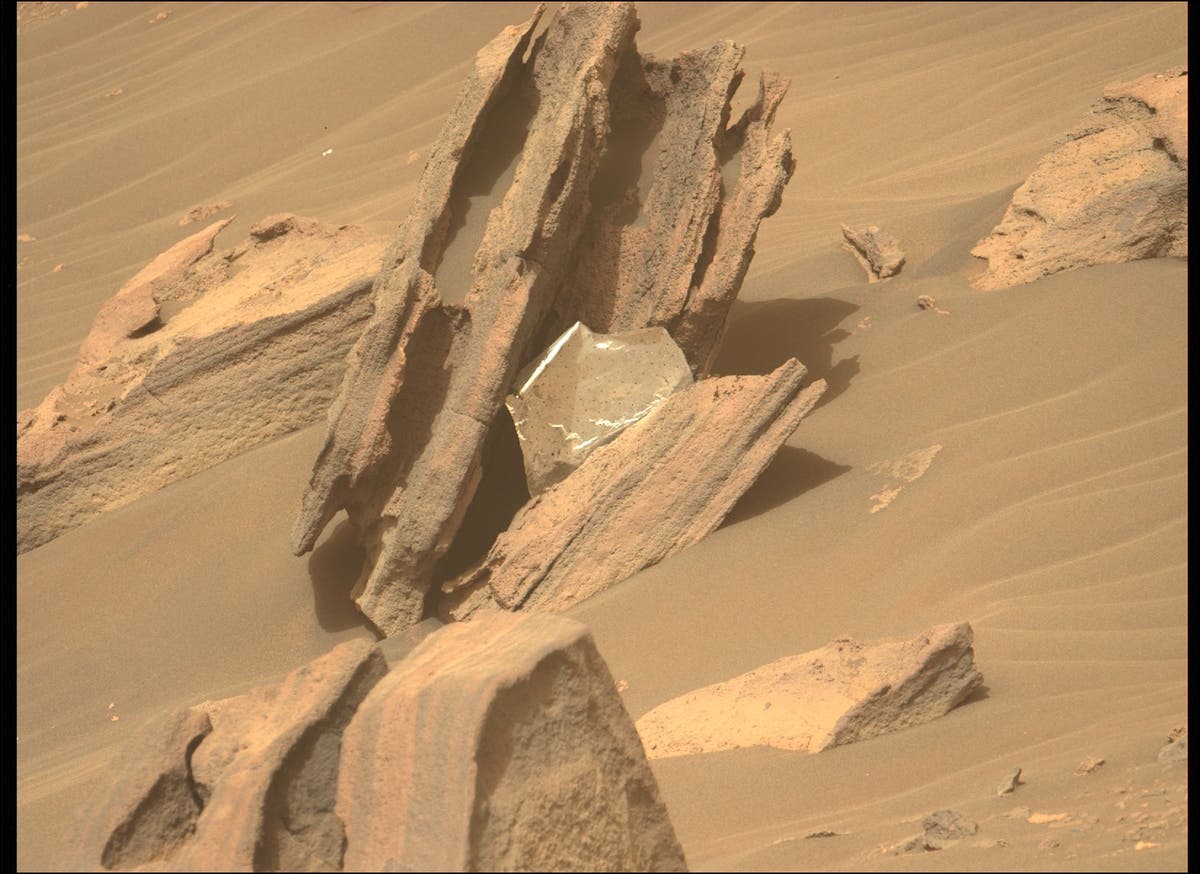 NASA’s Perseverance rover recently encountered a surprise — a piece of shiny foil stuck to a rock on the red planet.

As Nasa tweeted from an account dedicated to the Perseverance rover, the team behind the rover mission believes it is likely a piece of thermal blanket from the descent-phase rocket that landed Perseverance on the surface of Mars in 2021 . But they don’t really know how it got to where it is now, a whopping two miles from where the rover landed.

It’s not the first time Nasa has encountered the debris of its own operations on Mars. In April, the Ingenuity helicopter that arrived on Mars with Perseverance encountered the descent stage and landing gear, both of which brought them to the surface of the red planet. It’s the likely source of the piece of thermal blanket Perseverance just stumbled upon.

All missions that have reached the surface of Mars have left material on the surface, including NASA’s now-defunct rovers Opportunity and Spirit and the European Space Agency’s Schiaparelli lander, which crashed on Mars in 2016. Nasa’s sample-return mission, scheduled to bring samples of Martian soil back to Earth in the early 2030s, is the only mission currently planned to bring back anything from the Martian surface.

Nasa goes to great lengths to ensure its hardware is sterilized before flying to Mars to prevent biological contamination from Earth microbes, but currently spent hardware is often necessary to get spacecraft to the surface of other worlds.