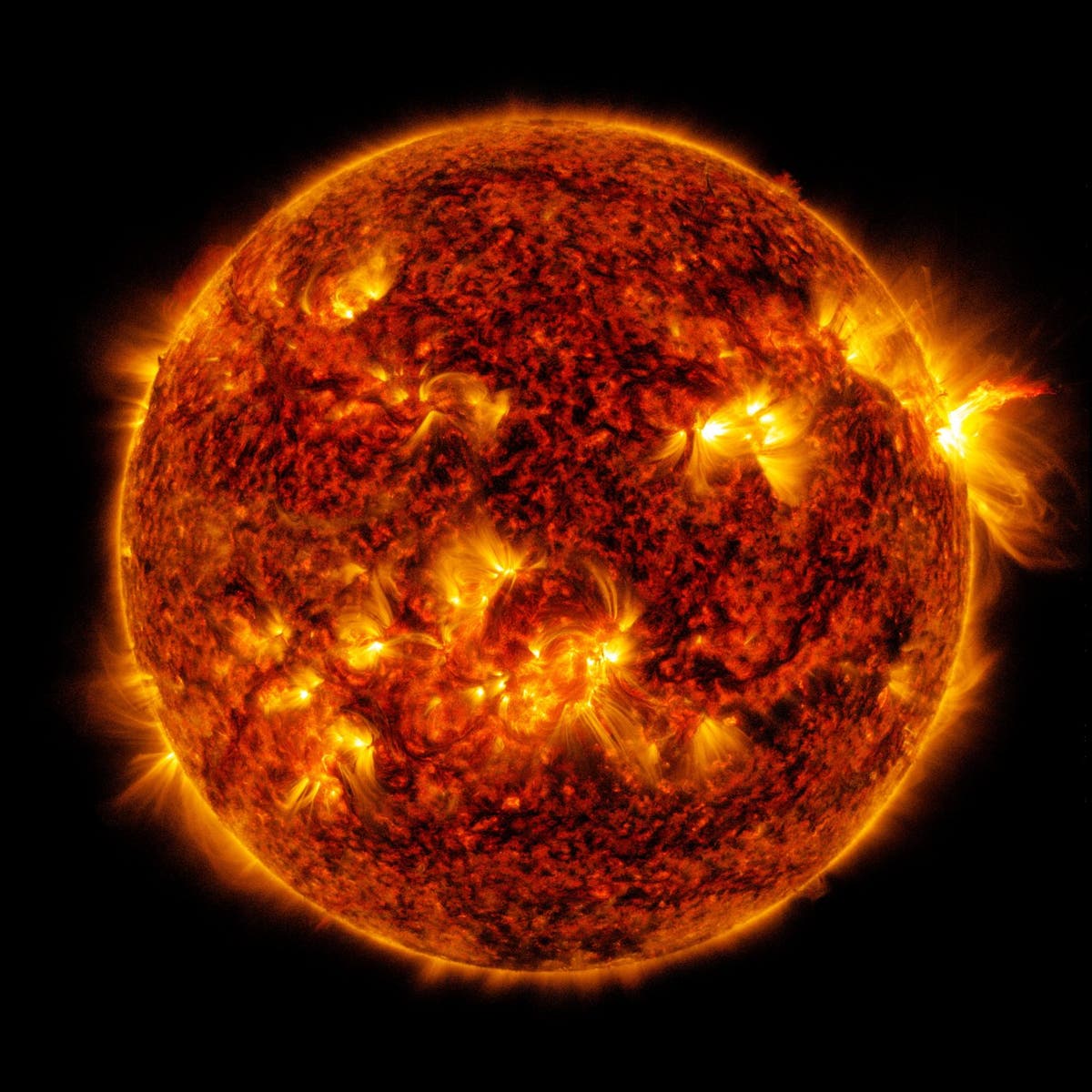 A powerful solar flare has erupted from the Sun, the fourth flare of similar intensity in 2022, but an associated stream of charged particles discharged from the Sun is likely to miss Earth.

Nasa’s Solar Dynamics Observatory captured an image of the flare as it occurred at 9:47 a.m. EDT Saturday morning.

A solar flare is a powerful burst of radiation released on the Sun’s surface during an outburst that can disrupt radio communications and create problematic fluxes in power grids, though the National Oceanic and Atmospheric Administration’s Space Weather Prediction Center noted that the flare on Saturday caused some radio interference caused blackouts, it was probably over the Atlantic.

Noaa rates the intensity of the solar flare based on X-ray emission, and Saturday’s flare was rated X1.1 on the space weather scale, with X-class flares being rated “strong” if they range from X1 to X10, and “heavy” range from X10 to X20 and “extreme” for more powerful flares. The strongest recorded solar flare was an X28 flare observed in 2003.

The frequency and intensity of solar flares is likely to increase over the next few years as the Sun approaches its maximum magnetic activity, the culmination of an approximately 11-year solar flare cycle.

While many solar flares and coronal mass ejections cause few problems, they can create hazards to space operations. On February 4, a geomagnetic storm caused by a coronal mass ejection swelled Earth’s upper atmosphere and knocked 40 newly launched SpaceX satellites out of orbit.