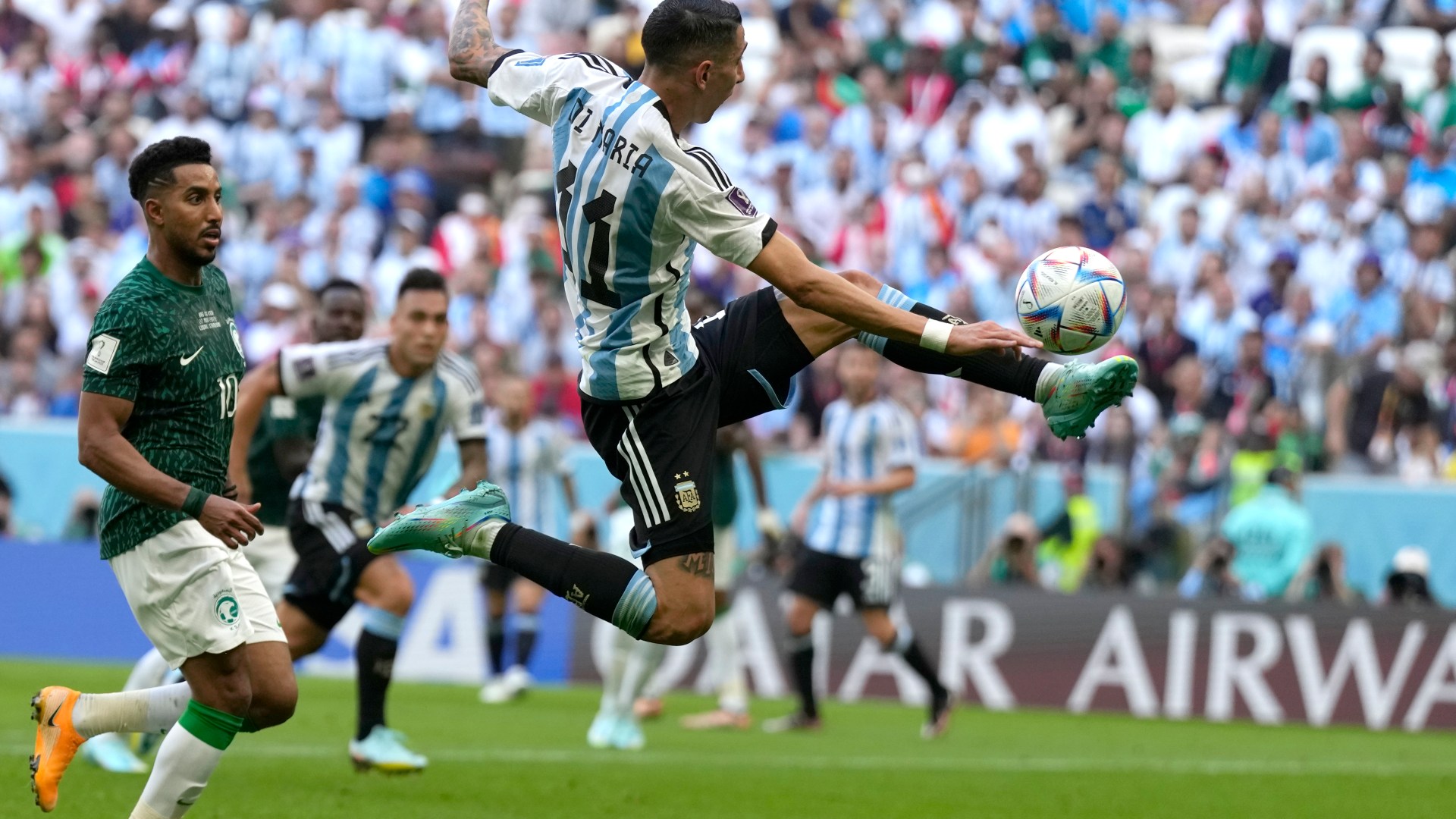 The Copa America winners suffered a surprise 2-1 defeat by Group C Minnows at Lusail Stadium today in a game that saw three first-half goals ruled out for offside.

Keane didn’t hold back in his criticism of Lionel Scaloni’s men, as he claims they lack aggression and composure towards their underdog opponents who came from behind.

The former Republic of Ireland international was particularly critical of ex-United star Di Maria as the Juventus ace was easily beaten by Salem Aldawsari ahead of his exceptional winner.

Keane told ITV: “There’s no aggression, there are dead bodies there, you have to attack there, they’ve lost their composure.

Argentina opened the scoring after just 10 minutes thanks to Lionel Messi’s penalty.

Keane praised the performance of Herve Renard’s men against a “terrible” Argentina.

The United star added: “One on zero, you think they’re hanging in there, surviving on the ropes. You get a goal back and you win the game.

“But it’s a great reminder for anyone watching a football match, if you think you can only show up with your quality to get you over the line, unfortunately you’re wrong.

“Argentina were really terrible in the second half, all credit to Saudi Arabia, stayed in the game, fought, great result.”