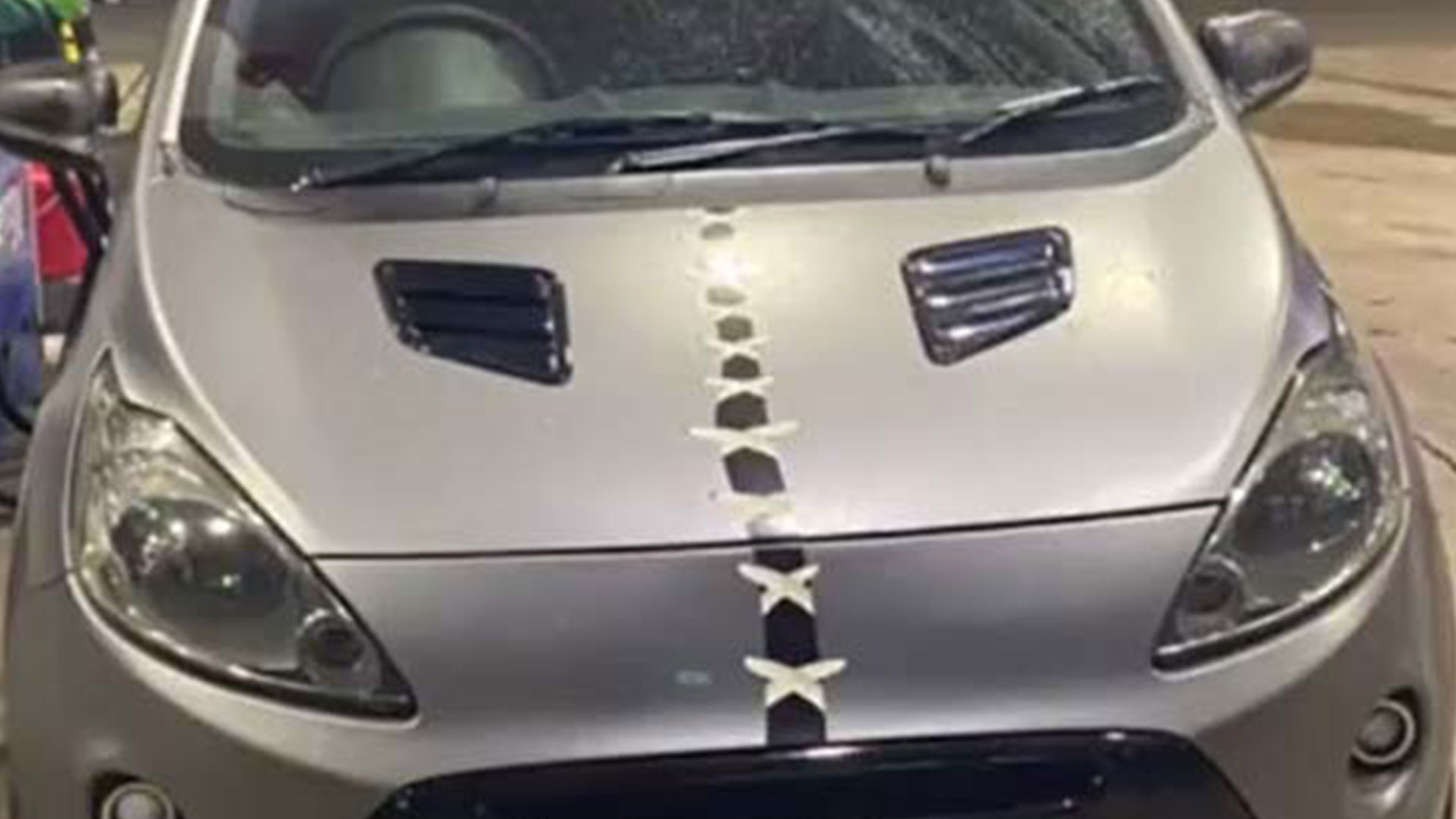 A WOMAN who had MTV pimp her car says she hates it — as they even put a bizarre machine in the back.

The driver said she specifically told the MTV crew that she didn’t want sticky decals or noisy exhaust pipes on her Ford.

But the woman who posted the video on Tiktok @yaz.johnsonn was horrified to see the engine covered in stickers and a sewing machine in the trunk of her car.

An old sewing machine, extended onto a table, was even bizarrely installed – leaving the driver scratching her head.

And she claimed, to make matters worse, she spotted mold in the £10,000 blue Ford KA.

She believes it started growing inside because the MTV crew cut two hoods at the vent — allowing the mold to grow.

Sharing a video of the revamped car, she said: “MTV pimped my ride and gave me a moldy car with no sun visors. This is hell.”

She then goes into detail about the changes to the car.

She began the video by saying, “My car was previously a humble little blue Ford KA, nothing fancy, nothing crazy.

“I saw the other cars in the garage and was gassed because I’m going to have a nice car.

“I said no sticky stickers and no loud exhaust and that’s exactly what they gave me.

“A sticky sticker and a loud exhaust. Oh, and a sewing machine that pulls out on a table with a flat screen, which is a screen that doesn’t work.

She had to spend a lot of money to remove the decals and exhaust.

“It was so loud and embarrassing

She really likes the interior of her car, but mold is growing on the doors and floor.

“To be fair the interior is really very nice. It’s second-hand denim and vegan leather.

“But my problem is mold growing in my damn car.

“I’m not even joking, and that’s because they cut out two vents on the hood for a similar sporty aesthetic.

“So water is getting in and it’s getting moldy. Please help.”

The video was uploaded to TikTok by @yaz.johnsonn and had more than a million views.