Mbappe scores FIVE in a 7-0 win over the non-league side captained by PSG Ultra, who were wondering if he should attack the Frenchman 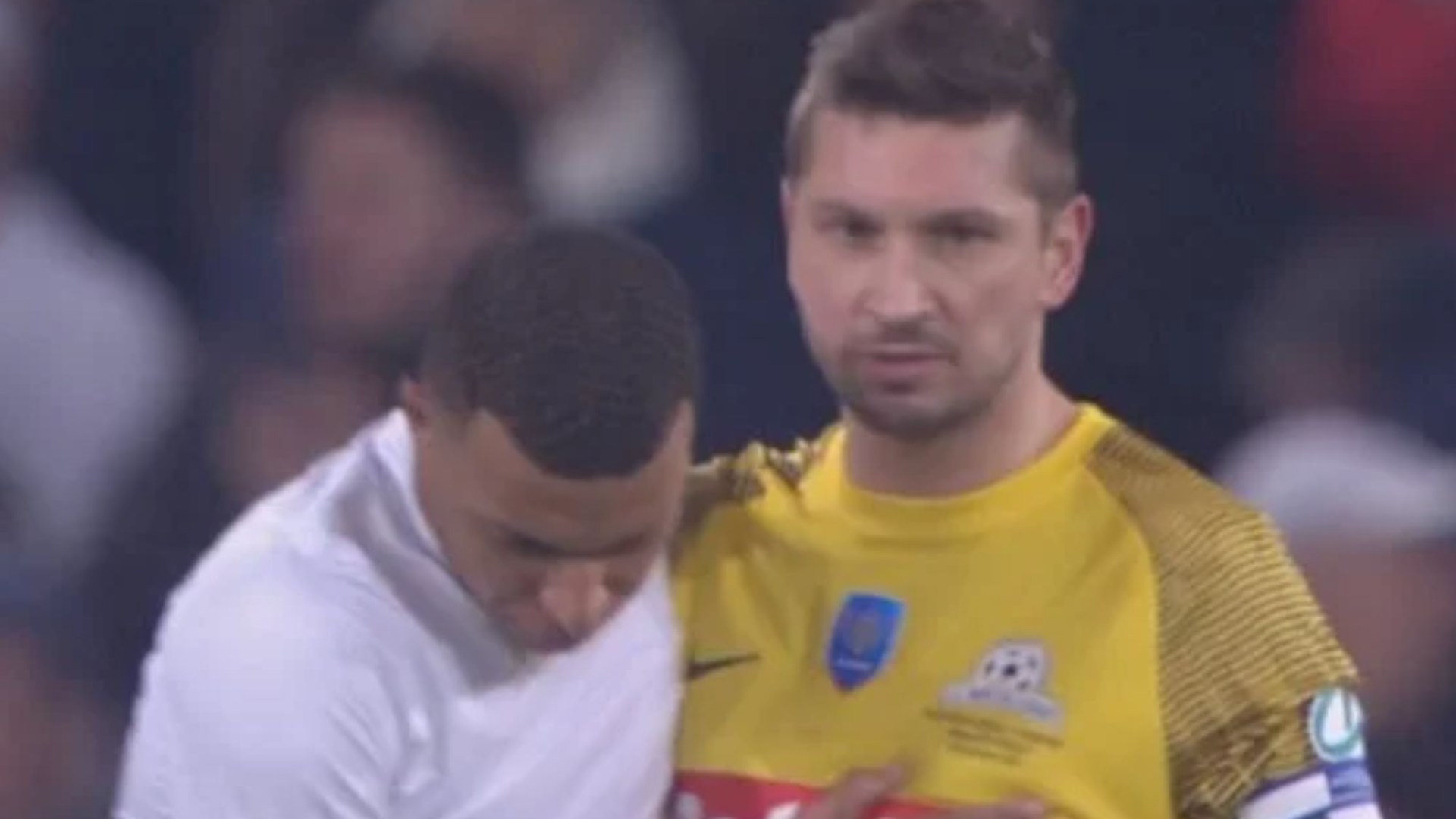 KYLIAN MBAPPE scored FIVE goals in a 7-0 win over French sixth-tier side Pays de Cassel, who are captained by a Paris Saint-Germain ultra and feared injuring the French star.

Pays de Cassel, an amateur side from a village in French Flanders near the Belgian border, reached the last 32 of the French Cup with victories over Chaumon, Drancy and Wasquehal.

Club captain Alexis Zmijak was the man who secured his team a date with the dominant French champions, scoring the winning goal in the last round.

But unbelievably, Zmijak is a PSG ultra and regularly cheers alongside Christophe Galtier at the Parc des Princes.

And he has revealed he was petrified of tackling PSG star Mbappe should he injure the 23-year-old ahead of next month’s Champions League round of 16 match against Bayern Munich.

He told Le Parisien: ‘If Mbappe goes for goal, do I attack him or not?

“I say to myself: ‘Wait, he has to play against Bayern Munich in the Champions League soon’. I’m not stressed before this game.

“We have nothing to lose, for us it is the meeting of our lives. And for me personally, it’s great to find myself in this situation.

“I joined the CUP (Collectif Ultras Parisiens) two years ago. I wanted to belong to the Ultras, because for me football is lived with passion.

“I want to give everything, not just watch the game. If I go to the Parc, it’s not to go to the Presidential Stand.”

Zmijak started in defense for Pays de Cassel but failed to lead his team to stop Mbappe and Co’s shot on target at the Stade Bollaert, home of second-placed RC Lens.

Mbappe, who was PSG captain for the first time, scored a hat-trick in the first half.

Neymar also got involved and helped put the Parisians 4-0 up at the break.

Mbappe also presented Zmijak with his jersey at half-time.

PSG added three more goals in the second half to win 7-0.

Mbappe grabbed two more – one goal just short of a double hat-trick – and Carlos Soler scored the other.