MARTIAN AHEAD Strange ‘honeycomb’ pattern spotted on Mars – can you tell what caused it? 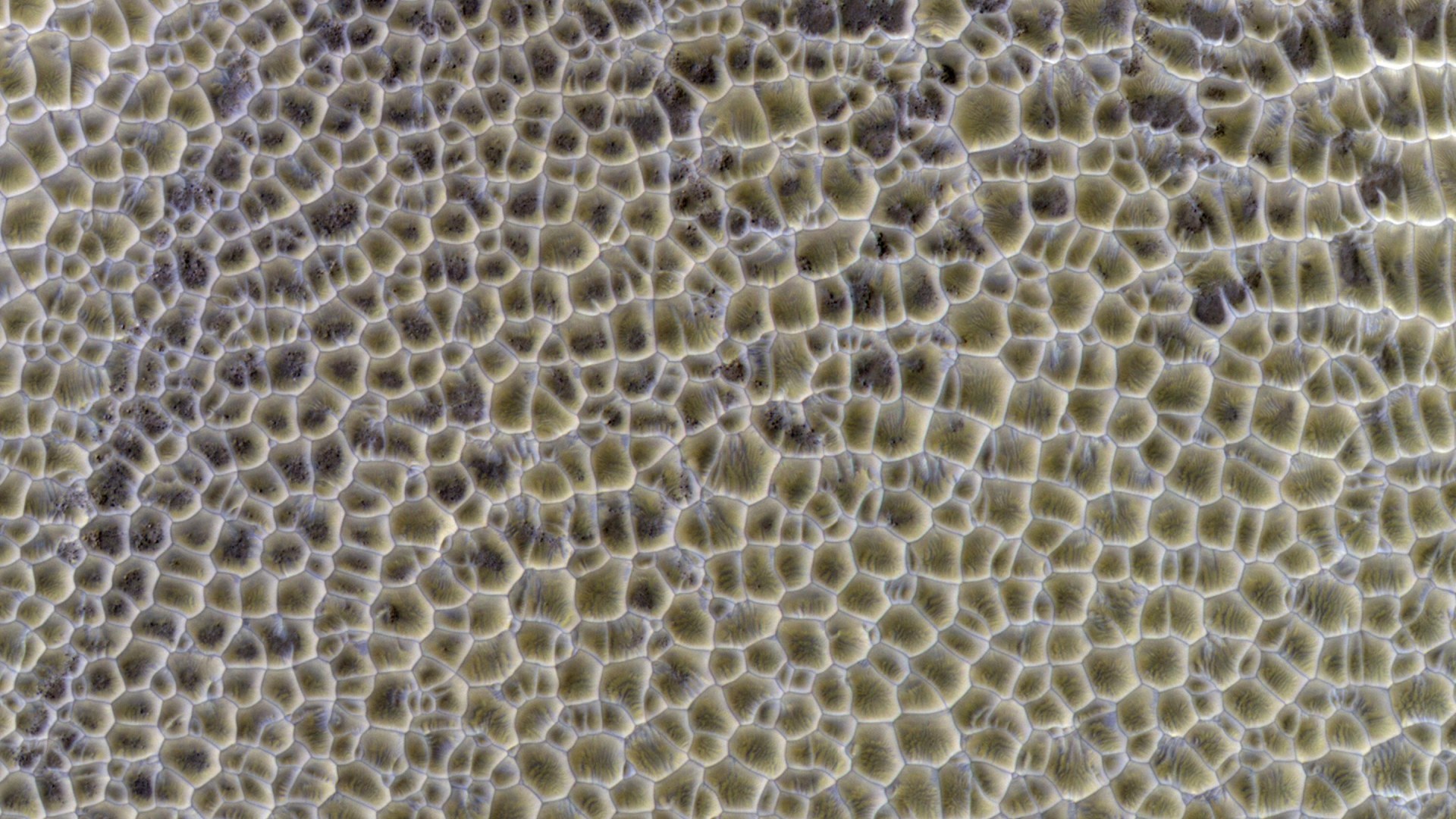 THEY may look like they were left behind by giant space bees or spiders, but these honeycomb patterns on Mars have a much simpler explanation.

The strange grids have been photographed many times on the surface of Mars and are the result of seasonal changes on the planet.

Ice on the surface expands and contracts over the seasons, leaving an intriguing network of lines and shapes.

The phenomenon has been known for years but was recently highlighted by scientists at the University of Arizona.

It’s a powerful camera capturing much of the Martian surface from above, including its strange honeycomb motifs.

They form over many years when water ice frozen in the ground splits the ground into polygons.

Dry ice below the surface turns to steam as the ground warms in the spring, causing even more erosion that digs channels around the boundaries of the shapes.

“Both water and dry ice play important roles in shaping the surface of Mars at high latitudes,” scientists wrote in a blog post Tuesday.

“The erosion of the channels that form the boundaries of the polygons by the dry ice sublimating in the spring adds many twists and turns to them.”

The Mars Reconnaissance Orbiter has been orbiting the red planet since 2006.

Along with other orbiters, the spacecraft has captured many images of the polygon structures of Mars over the years.

Scientists study them because the features can help understand how ice is distributed across the Martian surface.

They can also shed light on climate conditions on Earth’s dusty neighbor.

Mars isn’t the only place with polygons. Similar patterns were discovered on Pluto’s surface by NASA’s New Horizon spacecraft.

They can be found even slightly closer to home and appear in the Arctic and Antarctic regions of the world.