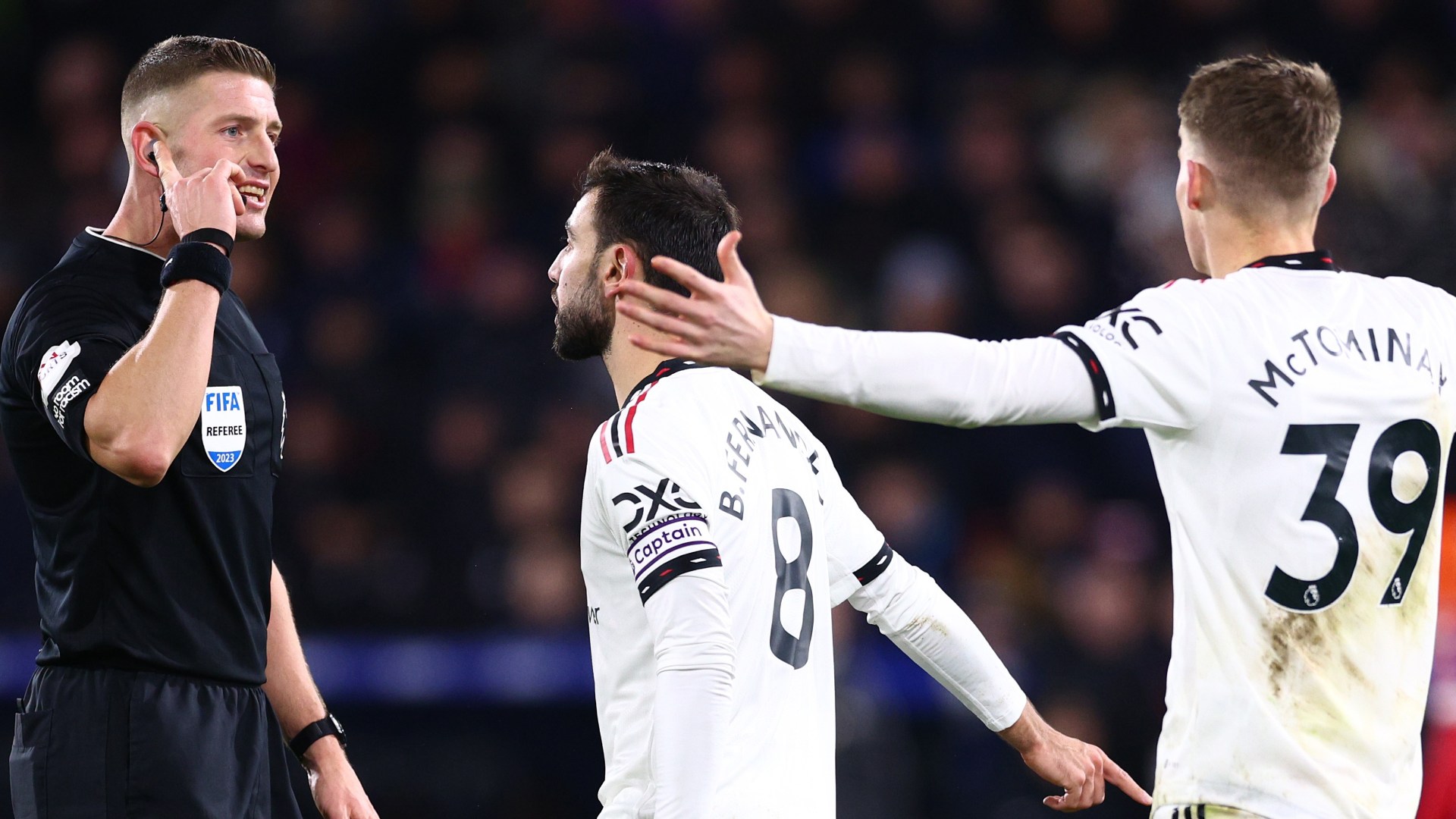 MANCHESTER UNITED should have been awarded a penalty for Chris Richards’ challenge to Scott McTominay in the second half.

The Red Devils midfielder was brought down in the penalty area and Richards failed to touch the ball.

Crystal Palace could not have argued if referee Robert Jones had pointed to the point.

VAR official Neil Swarbrick did not intervene as he felt it was not a clear and obvious error but had the penalty been awarded the decision would not have been overturned.

It was a big call at 1-0 for United as Palace rallied to level late.

Michael Olise equalized late in injury time by taking a free kick off the underside of the bar.

After the draw, United are eight points clear of Premier League leaders Arsenal.

A win at Selhurst Park would have seen Erik ten Hag’s men within six points before Sunday’s clash with the Gunners.

Ten Hag wasn’t happy that his side couldn’t end the game with a second goal.

“If you win with two minutes left…

“We have to invest more to score the second goal and then not get into the situation where a lucky moment costs two points.

“We were 1-0 up. In the second half we had a lot of space to kill them and go for the second.

“I never saw that we were really looking for the second goal.

“Married at First Sight”: Alexis says Justin was a different person in front of and behind the camera in season 15

“Married at First Sight”: Alexis says Justin was a different person in front of and behind the camera in season 15