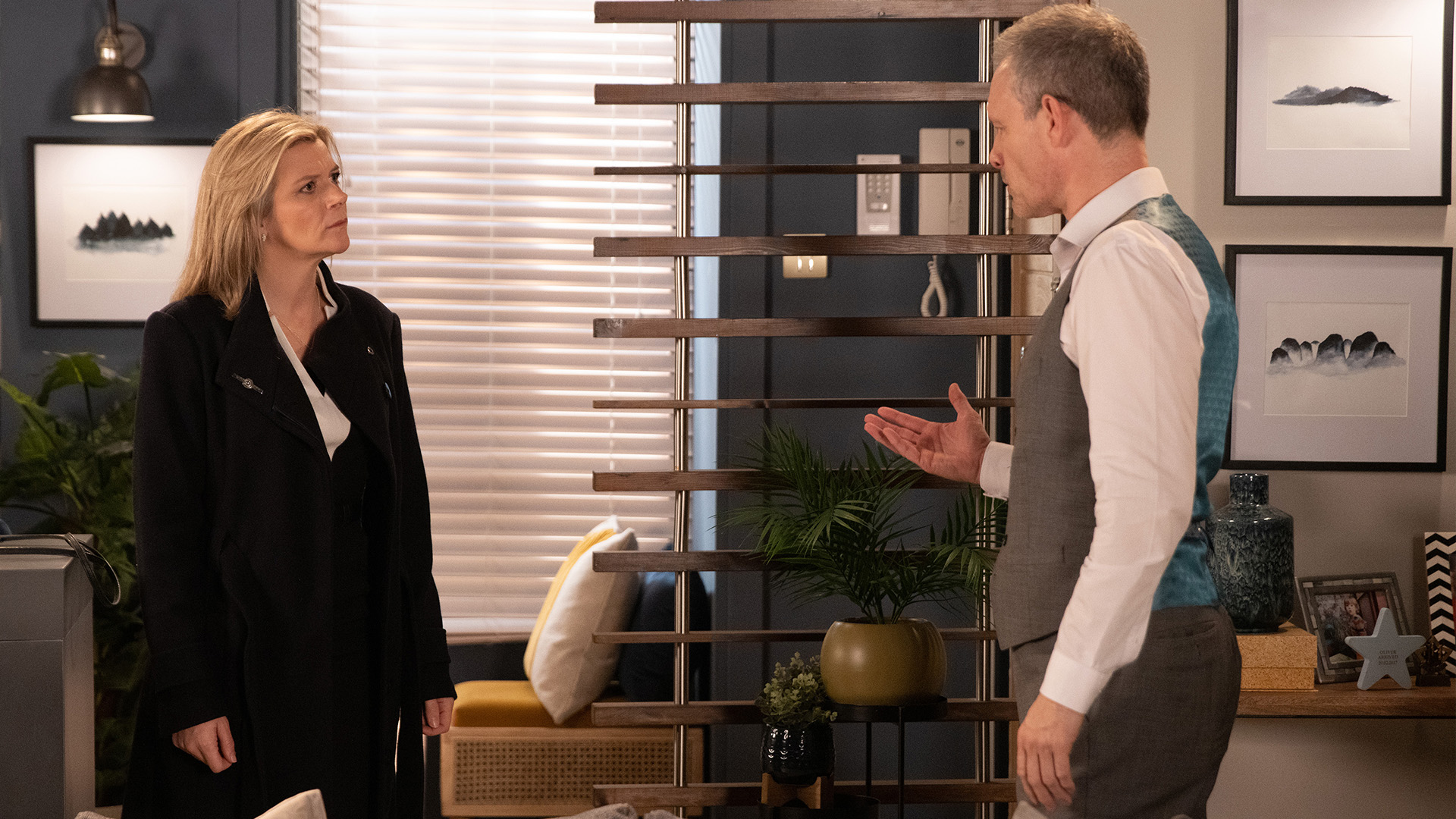 Cautious at first, Leanne Battersby has grown fond of Damon Hay in the weeks since his arrival.

Unfortunately, the Coronation Street restaurateur makes a shocking discovery that could change everything.

The bistro has often been the focus of dramatic storylines since it opened, but is also known for the events it hosts for Weatherfield residents.

In upcoming scenes from the ITV soap, Nick Tilsley (Ben Price) and Leanne Battersby (Jane Danson) set up the bistro for a Boozy Night event.

Newcomer Damon Hay (Ciarán Griffiths) tells them he’s going to get his DJ kit because he thinks setting the right mood is important to him.

But Nick is deeply concerned when he sees him showing his son Sam how to use his DJ equipment.

What annoys him even more when he gets home, Damon is discussing new business ideas for the bistro with Leanne.

The restaurant is booked, prompting Leanne to call Damon to say they could use an extra pair of hands.

Damon goes behind the bar while Nick watches him from afar with growing unease.

Sam asks Damon for some fighting tips and Damon is happy to give him advice.

But while Leanne appreciates Damon and his help, Nick is only too aware that the newcomer has something to hide.

In later scenes, Damon tells Nick that he’s expecting a drug delivery at the bistro this afternoon and it’s up to him to take care of it.

As Conny approaches Sam in the school corridor, she is shocked when he sees him confronting her.

Later, Nick takes a call from school telling him that Sam was involved in a fight.

The boy explains that he was just following Damon’s advice, leaving Nick angry and Leanne stunned at his reaction.

This leaves him with no other choice and he soon confesses to Leanne that Damon is Harvey Gaskell’s brother and uses the bistro for drug deliveries.

How will Leanne react?

Coronation Street airs every Monday, Wednesday and Friday from 8pm on ITV.