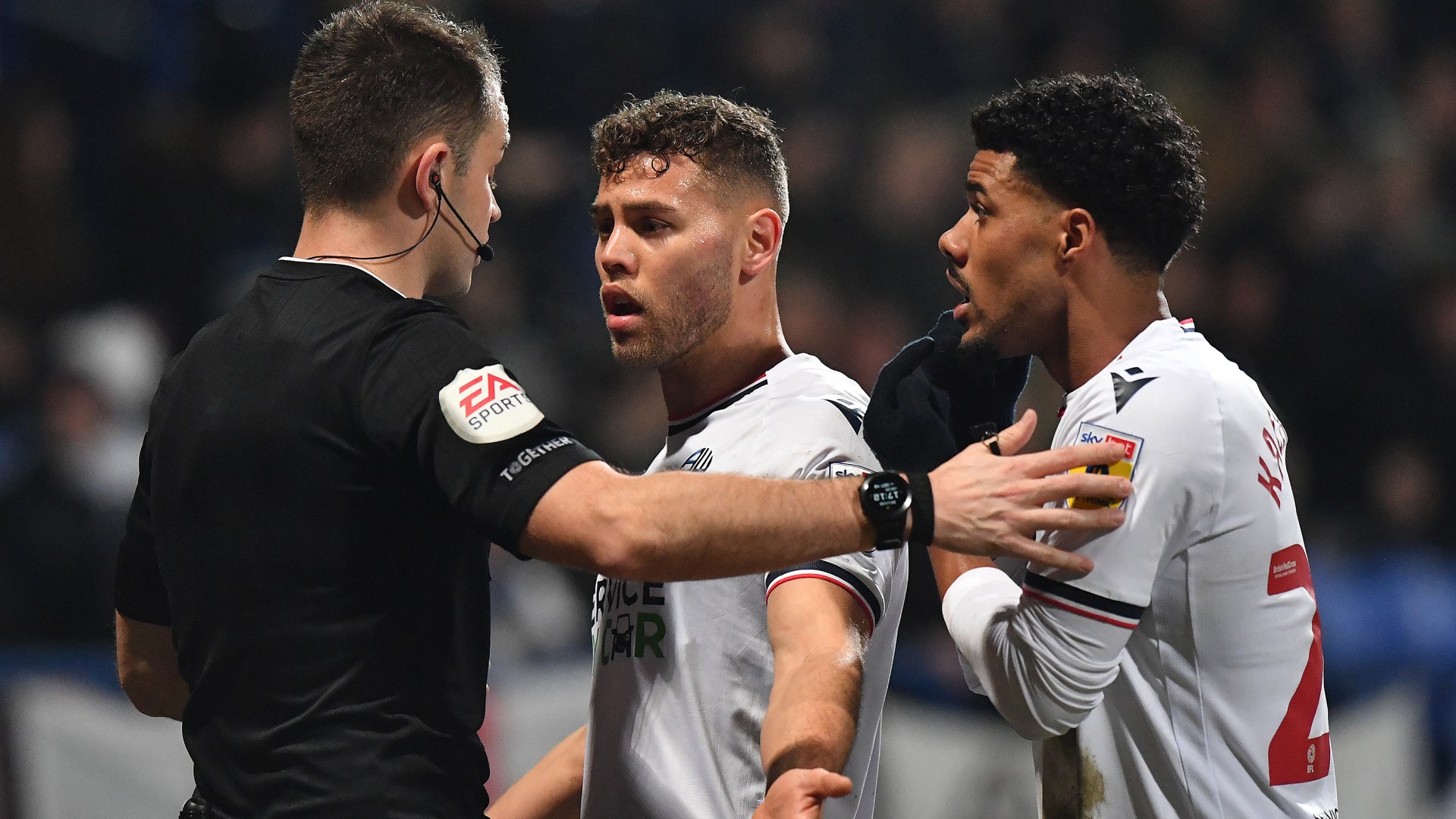 There were ridiculous scenes in League One on Tuesday night.

That was after Bolton was marred by the referee sending off the WRONG player against Forest Green.

The two sides met at Bolton University Stadium on a freezing night.

And the hosts got off to a flyer as Dion Charles put them ahead with just six minutes left on the clock.

However, the fan favorite soon became the victim of a mix-up when, at the age of 28,th Minute.

Charles was just a spectator when an incident ensued between teammate Elias Kachunga and Forest Green defender Brandon Cooper.

The pair became tangled in the box as Charles waited for a ball to be played into it.

And video playback showed Kachunga appearing to punch his opponent in the middle.

But when play was stopped by the linesman, referee Tom Nield got the wrong end of the stick.

Instead of going straight to Kachunga, the officer went over to Charles instead.

The prolific striker drank some water on the touchline when Nield showed him the red card, causing great confusion.

The fans chanted “You’re not fit to referee” as Charles unsuccessfully pleaded his innocence.

The admin uploaded a post stating: “Dion Charles has been sent off. Some confusion on the ground, not sure what happened there!?”

One fan explained: “EFL is unfit for purpose. 100 percent appeal to it.”

Another remarked, “Incredible Kachunga didn’t admit it was him after seeing the red card.”

One added: “Of all the mistakes you can make, sending our top scorer off and letting our worst player continue.”

Despite being a man down for the remainder of the game, Bolton managed to hold onto his slim advantage despite a second-half shove from the visitors.

Bolton finished the game with just 37 percent possession but more importantly with all three points.