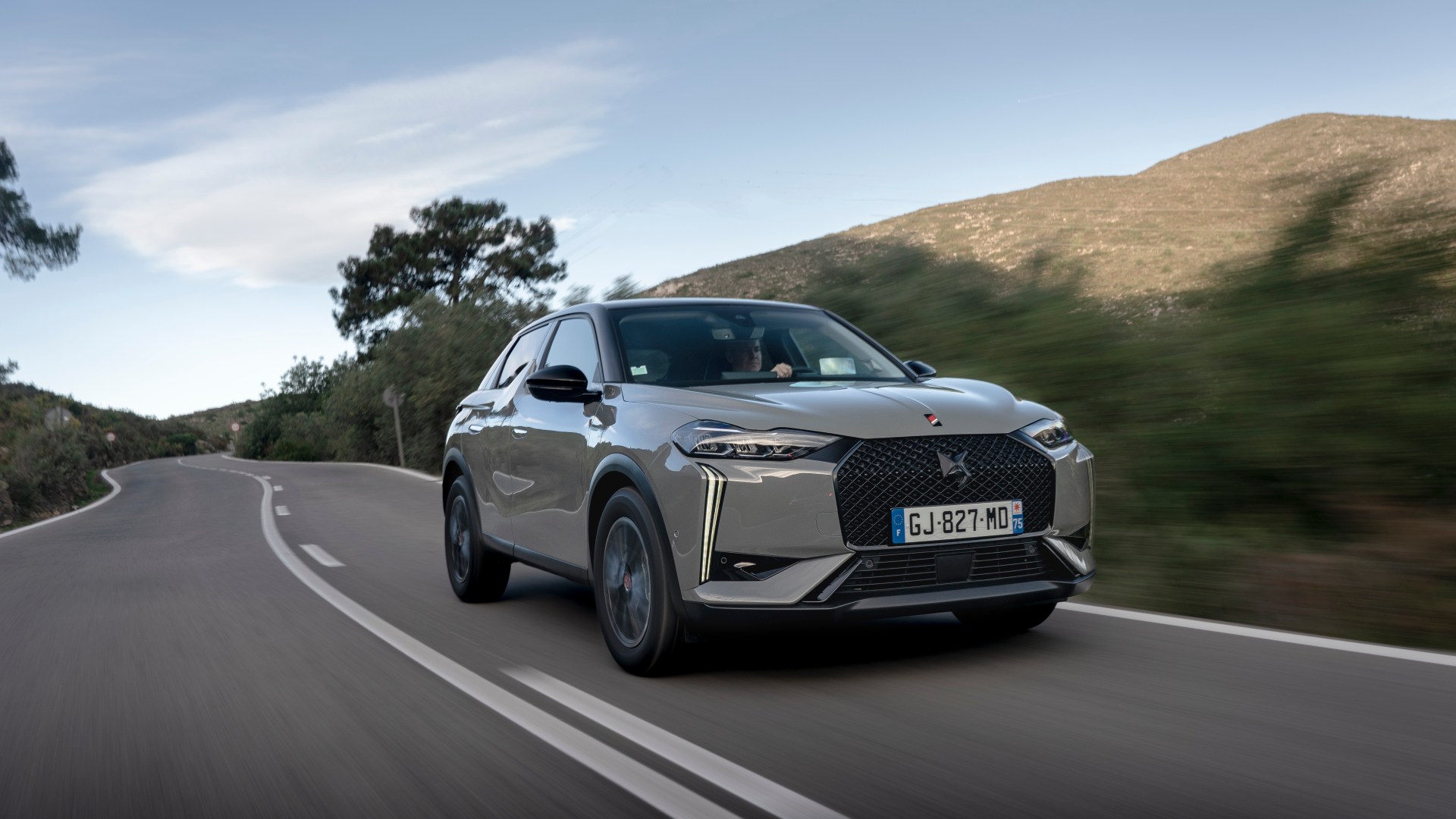 Teased at Paris Fashion Week and flaunted at the Paris Motor Show, the new DS has finally left the catwalk and hit the streets proper.

Sounds like a lot of fuss for a facelifted model.

But it looks fancy.

Another identity change is the deletion of the awkward “Crossback” from its name, instead writing DS Automobiles in stainless steel across the width of the tailgate.

Reducing (or streamlining, as automakers like to say) the trim levels on offer is another trend DS is following.

But even in its most economical form, which starts at under £25,000 – which is now the once-sporty mid-range Performance Line – it includes plenty of nice touches as standard.

These include flush-mounted door handles that pop out to greet you as you approach the car, gloss-black door mirrors, keyless start and a chunky, perforated black leather steering wheel.

Unfortunately, the diesel engine that was available in the last DS 3 Crossback was hacked.

So it’s now just a petrol or all-electric powertrain, but usefully both are available on all trim levels.

Of the two 1.2-liter petrol engines, the most powerful only makes 120 hp and is coupled exclusively with an eight-speed automatic transmission.

It’s not sporty, but as this is a small car that trades luxury vibes over performance, it suffices.

What pleases more is the extremely comfortable and quiet ride of the jacked-up small car on the highway.

The cheapest petrol engine has even less pressure at 100 hp, but has retained a six-speed manual transmission.

DS 3s have always been more popular with petrol engines installed in them.

However, the French company hopes that the battery-powered version, with its brand new electric motor, will turn the tide and achieve an even distribution of sales.

Although it’s almost £10k extra and doesn’t offer any visual differentiation beyond the E-Tense badge on the back, I’m not so sure.

In top Opera specification, which takes the price to a whopping £42,700 – and that’s before options.

However, the refinement of the silent electric chassis fits very well with the DS 3’s luxurious intentions.

And with a range of up to 270 miles and a charge time of just 30 minutes on a 100kW fast charger (or just over seven hours on a 7kW home wall box), it’s significantly snappier too.