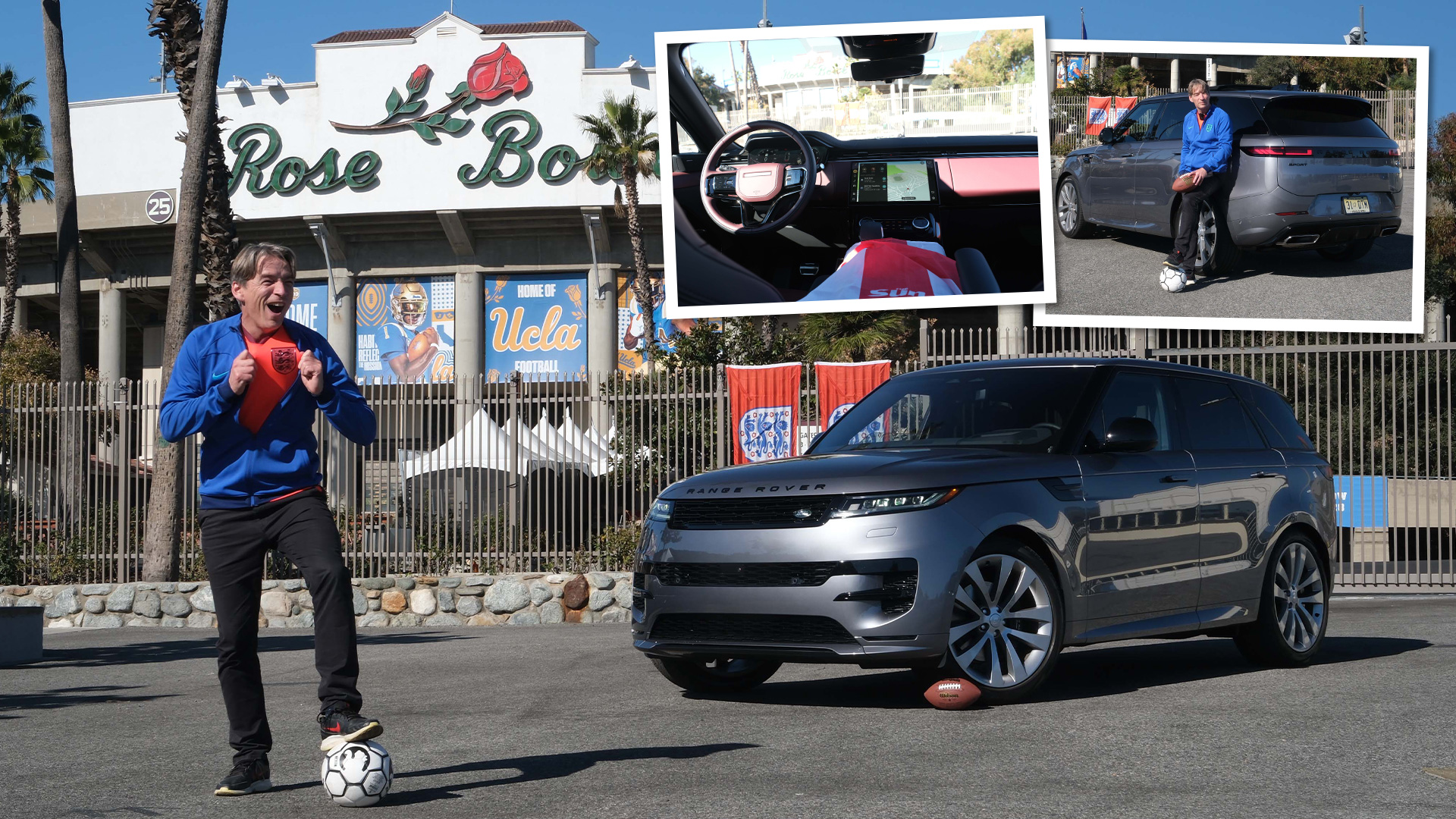 ENGLAND will play USA in the World Cup tomorrow.

But there is another world championship in the auto world, the World Car Of The Year awards.

I’m on the jury and funnily enough the test drives just took place in America.

One of the hottest contenders is England’s very own Range Rover Sport, a footballer’s favourite.

With everything happening tomorrow, I couldn’t resist calling LA’s Rose Bowl Stadium to remind Americans what football really is. It’s not 46-a-side.

The ball is round, not egg-shaped. And you kick it. That’s why it’s called football. It’s also struck me that not only are we giving America the beautiful game, we’re giving America beautiful cars — and not getting much in return.

The Americans love a Range Rover, love a Bentley, love a Rolls-Royce, love an Aston Martin, Lotus and McLaren.

But what did they ever send us? Aside from the last few years with Tesla and the weird right-hand drive Mustang, all they’ve given us is junk like the PT Cruiser.

They lap our cars and try to play our game – even though they call it “soccer” – and they keep their own “World Series” sports to themselves.

hard group. But I assume that one of our 2 lions will prevail. Quite simply because they set the standard for do-it-all 4x4s. Land Rover’s Solihull plant is running at full speed to keep up with orders.

No need to waste your time talking about its off-road capabilities because it’s a Land Rover. It’s really extraordinary.

It glides over anything and everything — including an American football, it turns out. I thought popping one under a front wheel would be fun, but the suspension soaked it up like it was a pebble.

The cabin is lush, sophisticated and as comfortable as an armchair. It’s a nice way to travel. The base car is a 300hp six-cylinder turbodiesel that costs £80,000. That’s all you need. Vinnie Jones once told me that the Range Rover Sport was his “every occasion” car.

I totally agree. Nothing can beat it for comfort and performance. Come on England