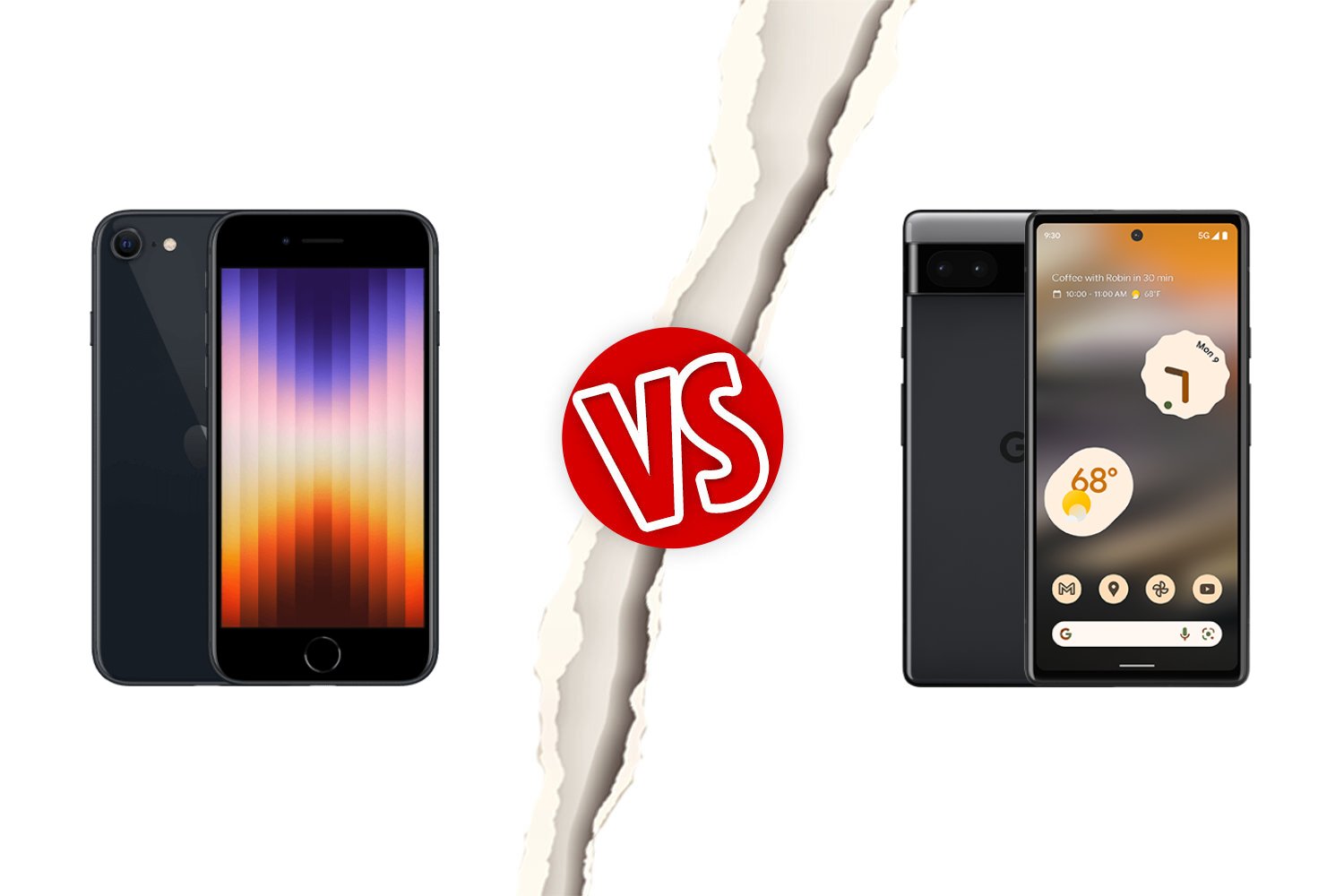 IF you’re looking for a new smartphone but want to keep your spending to a minimum, the iPhone SE 3 and Google Pixel 6a should be at the top of your list.

But if both phones are available at similar prices, which one is right for you? We put them head to head, so read on to find out more.

It’s hard to know who to turn to when shopping for a new phone on a budget, especially when you might be locked into a contract for years or paying full price.

Apple and Google are battling it out for the budget market’s attention with the iPhone SE 3 and Pixel 6a, but which one suits you best?

Both come at similar prices and were released in 2022, with Apple releasing the iPhone SE 3 back in March and the Google Pixel 6a hitting shelves in July.

To help you choose, we’ve compared the design, camera, features and battery life of both so you know what you’re signing up for before making any commitments.

If you go with Apple’s budget option, be sure to read our tech editor Sean Keach’s iPhone SE 3 review for a more in-depth tech recap and verdict.

On the surface, these two phones seem to be in different leagues, but both boast a 60Hz refresh rate and come with high-speed 5G internet connectivity.

When it comes to performance, both phones also have powerful processors – the iPhone SE 3 comes with the A15 Bionic chip and the Pixel 6a is powered by Google Tensor technology.

You will also find that there are differences to consider when purchasing. For example, the Google Pixel 6a has 128GB of base storage, while the iPhone SE 3 has a much smaller 64GB. So if you need a lot of storage space, keep that in mind.

Both feature Touch ID security, but while the Pixel 6a has an on-screen sensor, the smaller iPhone SE 3 sacrifices on-screen real estate for a physical home button to house its sensor on the bezel.

If you want a decent camera and this is one of your top priorities, there are a few important factors to consider. We’ve looked at both so you can decide which best suits your needs.

The SE 3 doesn’t have the same features you might have seen on its flagship devices. But it comes with a 12MP rear camera and a 7MP selfie camera.

While you won’t find wide-angle lenses on the SE 3, you do get features like Smart HDR 4 to deal with tricky lighting conditions and Deep Fusion for more definition in your shots.

Google devices are also known for their camera and editing capabilities, and the Pixel 6a has dual 12-megapixel wide and 12-megapixel ultra-wide lenses, as well as an 8-megapixel front camera.

The Google Pixel 6a may have an advantage over the SE 3 as it retains some of the features of the Pixel 6 range, like the fan-favorite Magic Eraser, which can remove unwanted objects or people from photos.

These devices take different paths when it comes to design decisions that impact you differently based on your own preferences.

The iPhone SE 3 follows many of the same design decisions as its predecessor, the 2020 SE. You’ll find the same Touch ID sensor and home button, as well as a large bezel for the front-facing camera above the device leads to it a modest 4.7-inch display.

The Pixel 6a makes some unique design decisions that set it apart from its predecessors, like the horizontal camera bar on the back of the device. But unlike the SE, the Pixel 6a has a smaller bezel with its front-facing camera and Touch ID integrated into the screen, offering a more generous 6.1-inch display and a more modern feel.