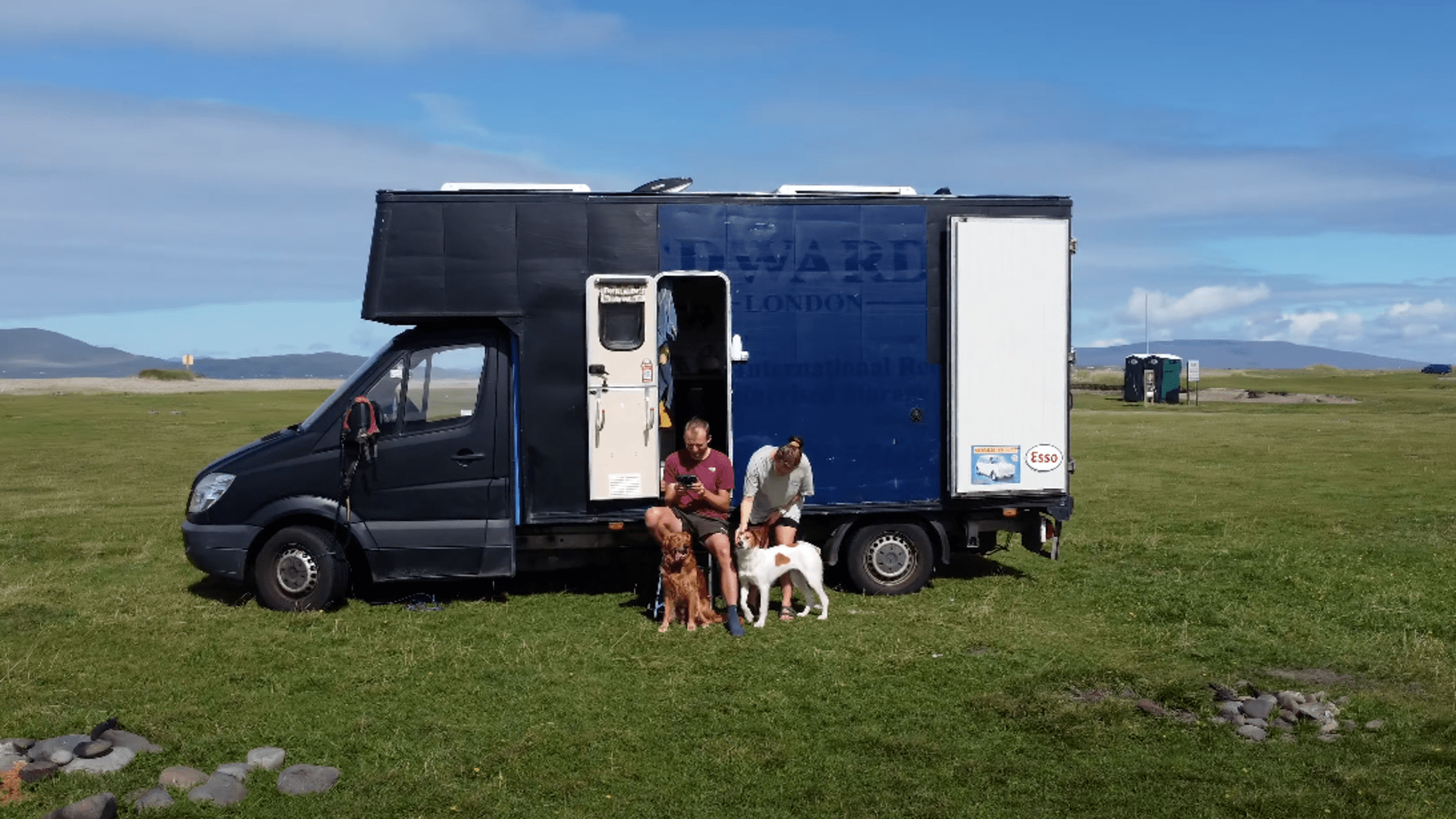 A PAIR took people on a tour of an old moving truck that they converted into a stunning RV in less than two months.

The video was uploaded to YouTube by @KieranandAlice and most viewers are amazed after seeing the end result.

Kieran and Alice spent two years traveling around Europe in their converted van.

So far they have been to Spain, France, Portugal, Scotland, Ireland, Wales and Croatia.

Their two dogs live and travel with them wherever they go.

The kitchen is fully equipped with a sink, small refrigerator and two gas stoves.

There are also overhead cabinets where they store non-perishable foods like preserves and cans.

Instead of having an oven, they bought an air fryer, which they say is a healthier option.

Next to the kitchen they have Alice’s favorite part of the van – a real indoor shower.

The dining room features a massive extendable table that can accommodate at least four people for dinner or work.

They also have a composting toilet under one of the dining room benches.

To keep the van warm they use a diesel heater when the temperature drops.

There is a double bed in the back of the van and in front of it they have built in wardrobes where they can store their clothes.

The couple also placed multiple plugs and USB chargers next to the bed.

On the roof they have solar panels with an output of 722 watts – enough electricity to go off the grid.

The converted van’s garage has space for the couple’s e-scooters and a hammock.

YouTube users are surprised that the two managed to convert their van in just two months.

One YouTube user said: “Nice van tour! She is so inspiring and feels so homey!

“I can’t wait to meet you guys on the street and check them out properly!”

Another said: “Such an awesome (massive!) space and build guys you should be so proud of yourselves!

“So well put together – and even better in real life.”