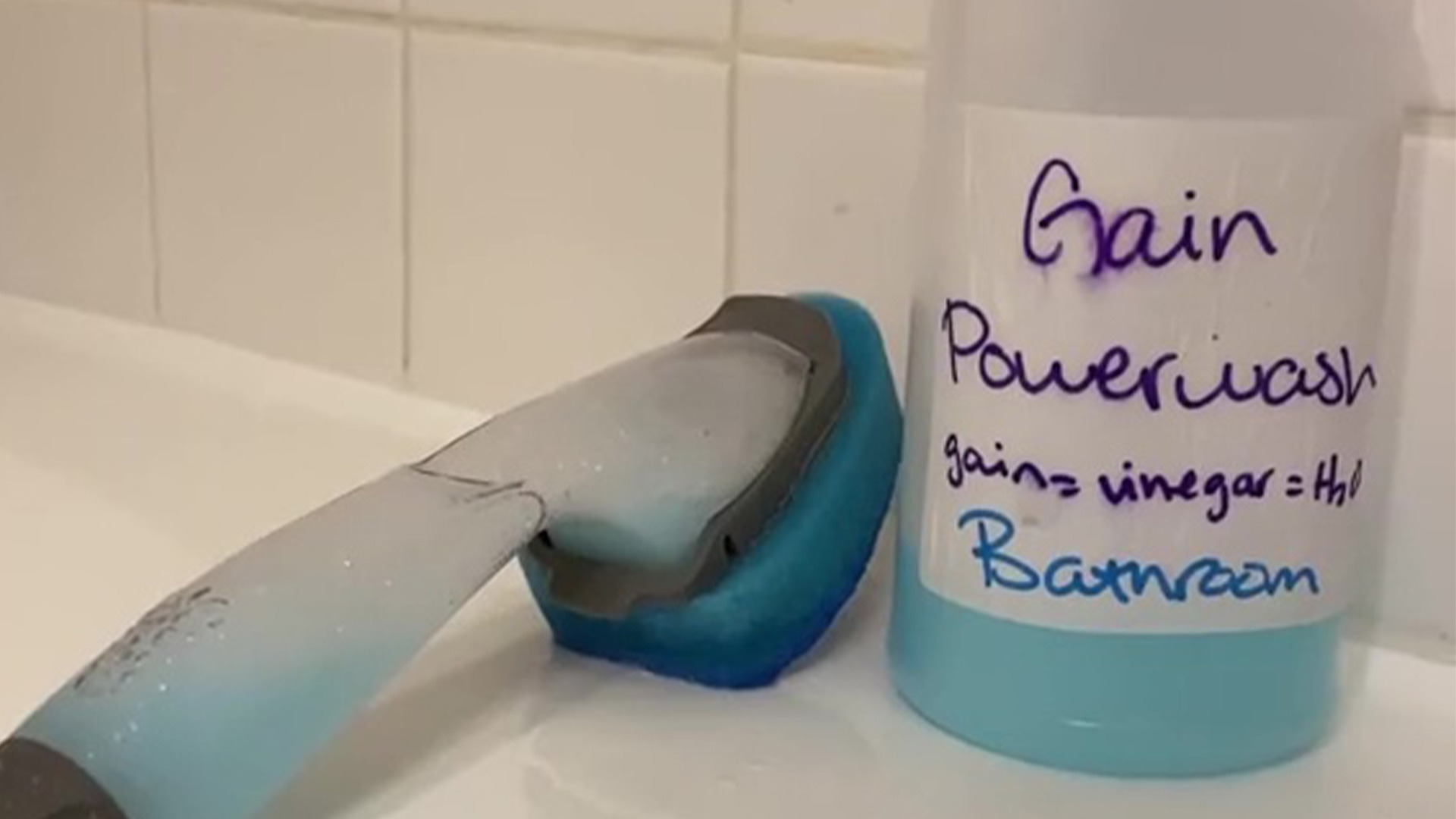 A CLEANING hack queen has shared her top tip for maintaining a spotless bathroom.

Jordan (@ADHDWhileBlack) has more than 88,000 followers on TikTok where she creates content about her daily life with Attention Deficit/Hyperactivity Disorder.

In one of her videos, Jordan announced that she will be starting a new series on her account about things she learned from TikTok that are helping with her ADHD.

One of the first things she learned was a hack that she said was the main reason her bathtub stayed “distantly clean.”

“Get a little cheap refillable scrubbing brush from the dollar store and fill it up with homemade Dawn Power Wash, which is just Dawn, vinegar, and water,” she said.

Jordan added that she uses Gain instead of Dawn because it’s a bit cheaper.

“Then scrub yourself in the shower, it’s that simple.”

However, Jordan admitted that she’s not done cleaning 100 percent of the time.

“But more is being done than before.”

Her video received thousands of comments from viewers who couldn’t wait to try the hack.

“Yes I love this method because I know it won’t harm my skin so I can use it while conditioning my hair,” one person wrote.

Others weren’t so keen on trying the hack.

“My crazy brain won’t let me clean a tub and then touch my face and body,” one person wrote.

Another said they were concerned they would “focus on that and all of a sudden I’m out of hot water with conditioner in my hair.”