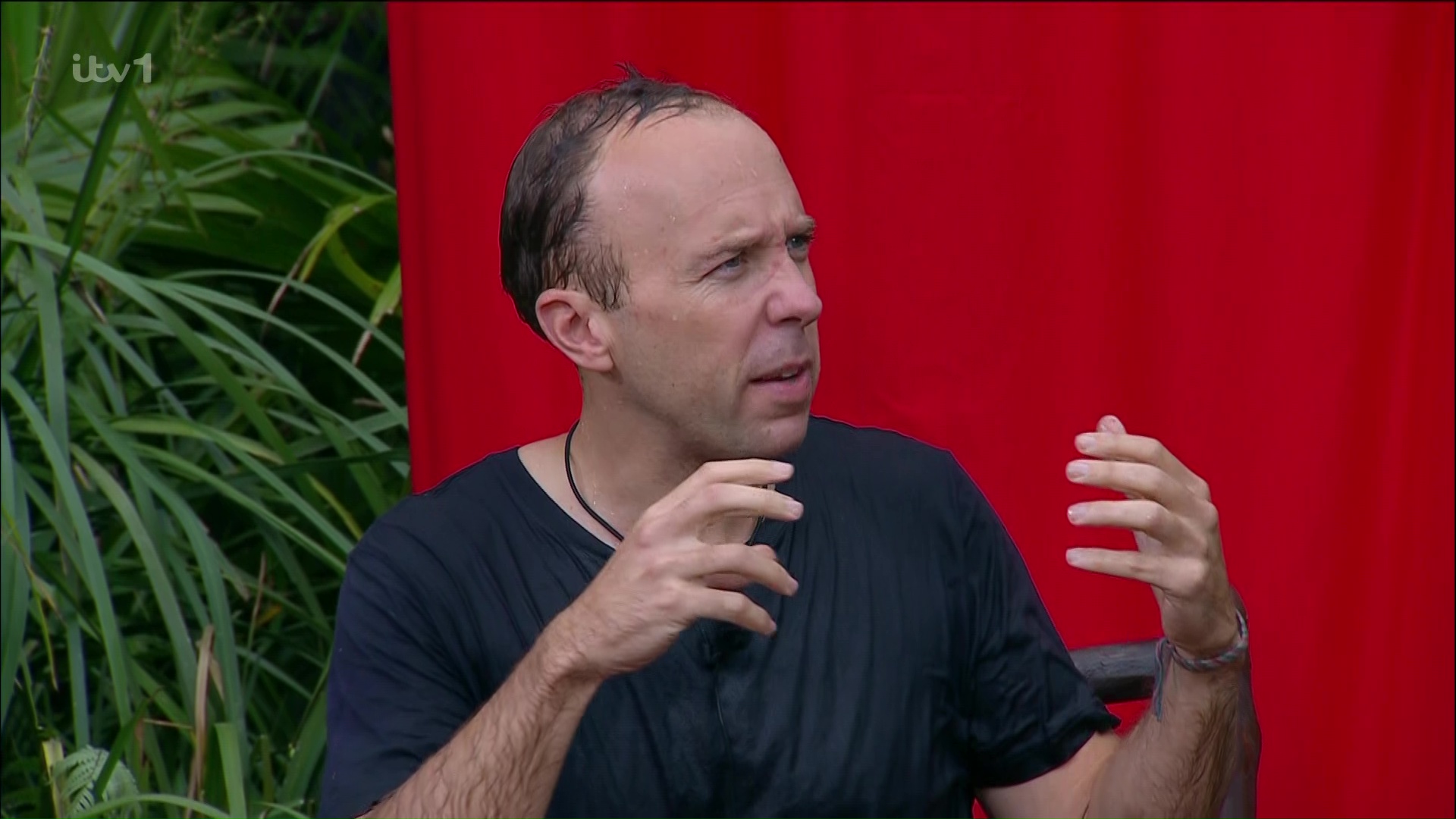 MATT Hancock has finally lost his place in the jungle.

The former health secretary took third place as Owen Warner and Jill Scott fought to be crowned king or queen.

At the beginning of the episode, Matt said he was “so grateful” after speaking of his disbelief at reaching the finale of I’m A Celebrity.

The 44-year-old secured his spot after Mike Tindall became the eighth celebrity to leave the ITV reality show on Saturday.

After Hancock was confirmed as one of the final three alongside Jill Scott and Owen Warner, he and his housemates expressed their surprise and celebrated their finalist title.

I’m a celebrity winner “revealed” hours before the finale

I’m A Celeb viewers complain that Celebrity Cyclone is ‘ruined’