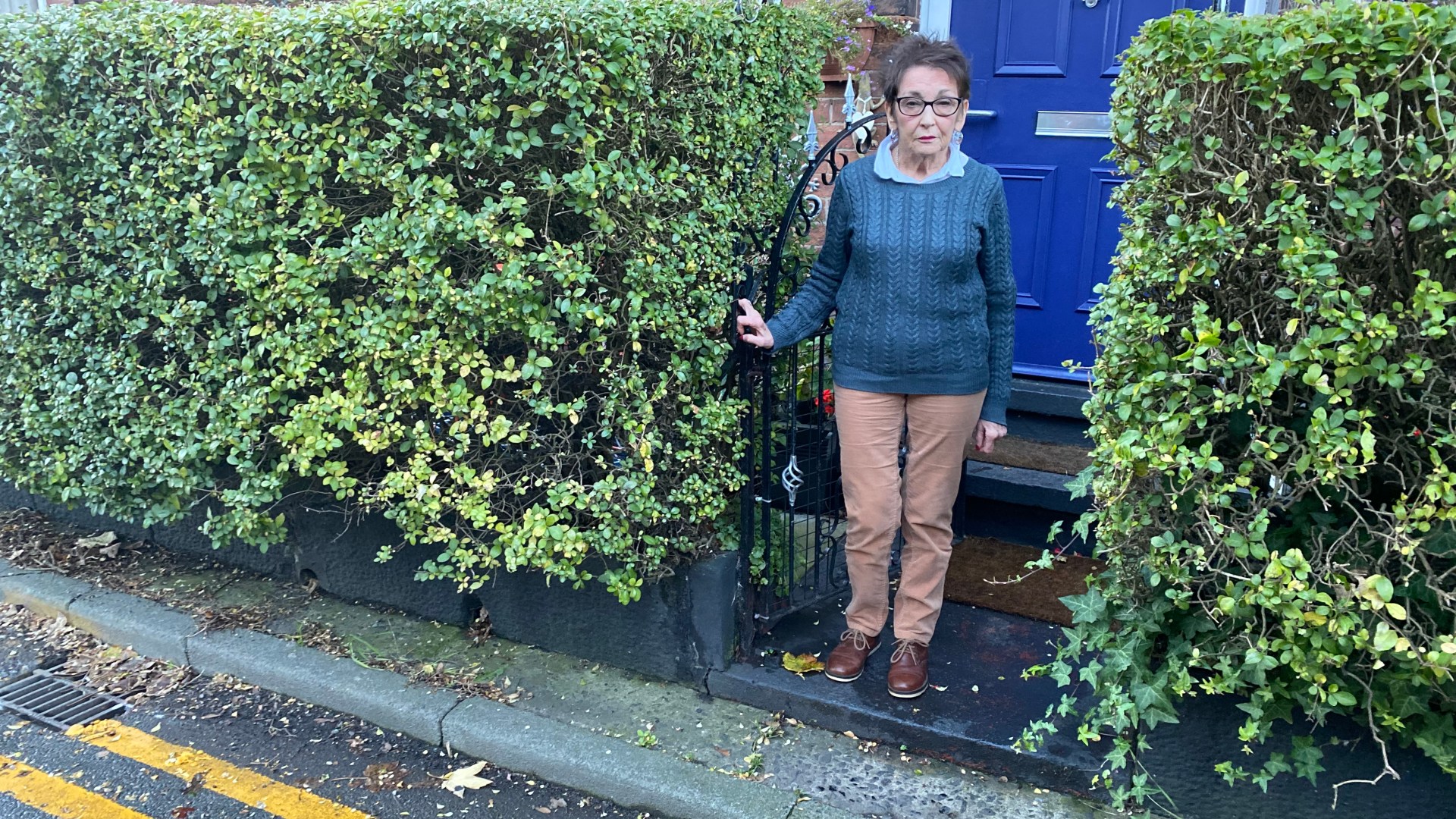 A REtiree who has been repeatedly locked in her home for a parking spot says drivers mistreat her and the council doesn’t care.

Carol Tabere, 75, says cars are constantly parked in the space right next to their gate and hedge, blocking them on their property without allowing them to exit.

The Manchester woman said this meant she could not get out to walk her dog or go to the shops unless she tried to squeeze between the car and her hedge.

The council have now painted double yellow lines over the car park and while Carol hopes it will make a difference, she still has concerns.

She said: “People didn’t think they were doing anything wrong because it was a parking lot.

“I had to tell people to block my way and one man even berated me when I asked him to move, calling me an ‘old bastard’.

“Some days I would try to walk my dog, have to shuffle past the cars and pull him past the hedge.”

Carol complained to Manchester City Council as the bay had been introduced as part of a program alongside others in the area in recent years.

The 75-year-old, who suffers from angina and narcolepsy, said she was sick of being trapped and people “banging their doors in my hedge”.

She said: “I wasn’t being pedantic and that’s why I complained.

“I don’t have a sidewalk in front of my house, so if there were cars parked there, there was no way to get out. i was trapped

“I told them [the council] send someone to look at it.”

She said there was a point where every time she opened her door, a car was parked in front of her gate.

Carol added: “I would say ‘oh no not again’.

“I kept going out and putting notes on people’s cars, asking them not to park there.

“I know it was a fringed cove, but common sense would tell you it’s right outside someone’s gate.

“My son had said if paramedics had to come to the house, they
couldn’t, or if the house was set on fire, I would have done it
been caught.”

Carol, who has lived in her home for 31 years, is happy the council has now scrapped the double lines but is still worried about cars parked by her hedge.

She added, “It was a nightmare, but when they removed the room I was ecstatic because I could finally get out of my house.”

A spokesman for Manchester City Council said: “Earlier this year
The council informed local residents in the vicinity of the new resident
Parkzone that the rollout has been paused due to feedback from the community.

“Remediation work was carried out on this resident
implement double yellow lines in front of their property to prevent this
future parking.”