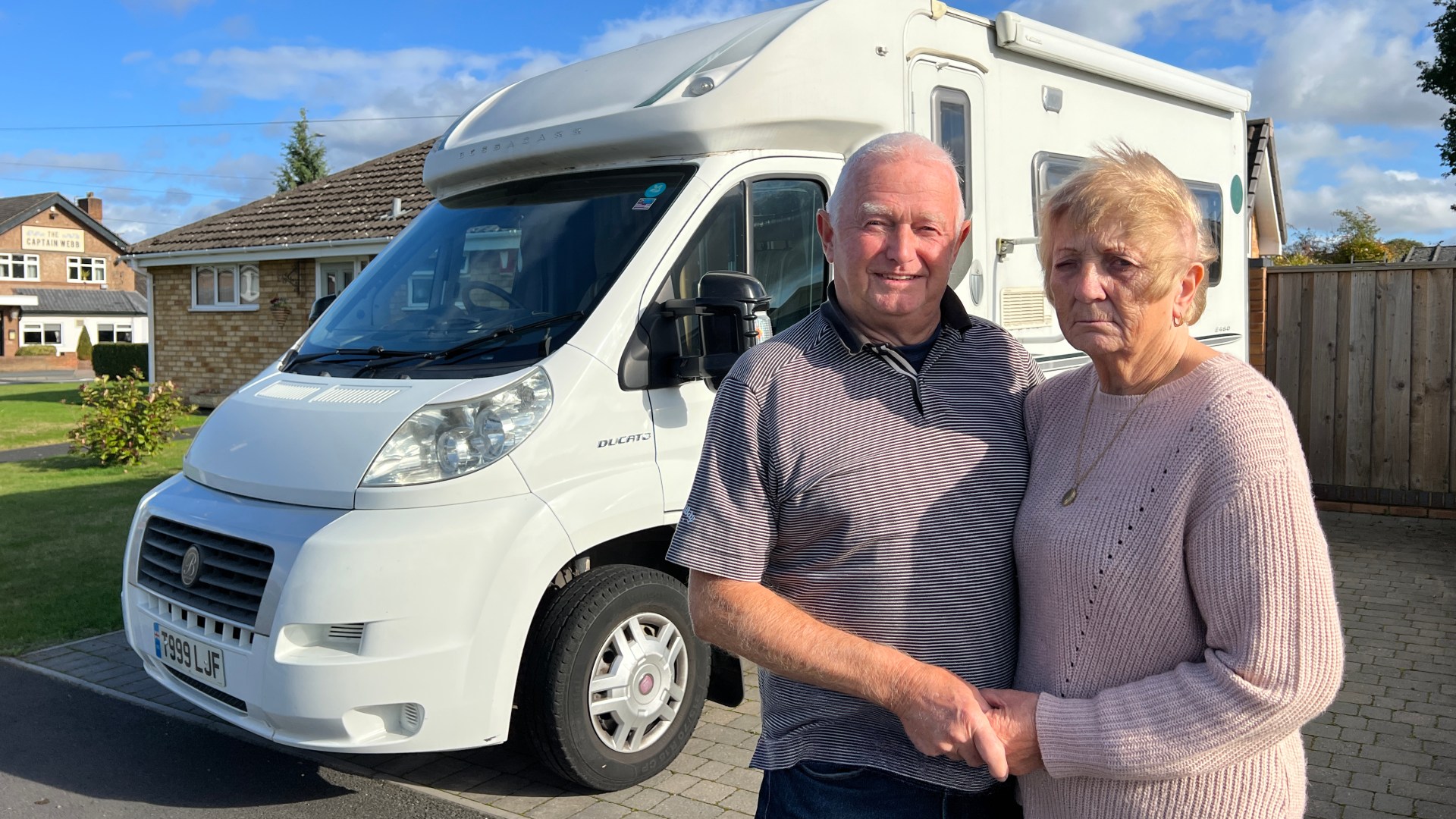 A pensioner has been issued a £50 ticket to park his motorhome above the lines.

Les Frances, 75, from Paignton in Devon, has hit out at Torbay Council after a fine was taped to his motorhome while he was helping his disabled wife get ready for a walk.

When he first came to the area to visit his great-grandchildren, Les parked in a cove and claims he asked a passing parking attendant if he was okay to be there.

He says he was told the RV was fine and would not be issued a ticket.

On August 28, he parked in the same area, lowered the access step so his wife could jump out of the RV, and pottered around for 15 minutes.

When he came back to the front, Les said there was a ticket waiting for him by the window.

Les told The Sun Online: “I’m always very wary of parking fines and stuff like that and we’ve never had one in my 75 years.

“I had looked down the street where we had parked and there were about six campers, about 100 cars, each camper had a ticket.

“I took pictures of the cars and the cars are clearly parked well outside the bays, over lines and whatnot, and none of them had a ticket.

“Look at the cars, all clear of the bays, none of them have been prosecuted.”

A photo taken from its parking lot shows the vehicle inside the two lines on either side, but looks like it could be hanging out the front or the back.

He said: “The only thing we’re back with now is the memory of that punishment. It’s not that we can’t afford it, it’s the principle we’re fighting against.”

There were about six other RVs that were fined, he claims, but no cars, so he thinks it’s RV discrimination.

He appealed the PCN issued August 28, but it was denied.

A Torbay City Council spokesman told The Sun the notice was fined because of the positioning of the motorhome in the car park – not because the step was on the line.

They said: “The fine was issued because the motorhome was not parked fully within the bay – its rear was well outside the bay markings.

“The appeal decision was followed in accordance with our appeal policy.

“As part of the appeals process, the driver can go to an independent referee if they disagree with the decision.

“All drivers parking on the freeway must follow on-street parking restrictions and ensure they park their vehicle in a bay appropriate to its size, whether their vehicle is a car or an RV. “

But Les says the council has changed its mind about which part of the motorhome is out of bounds.