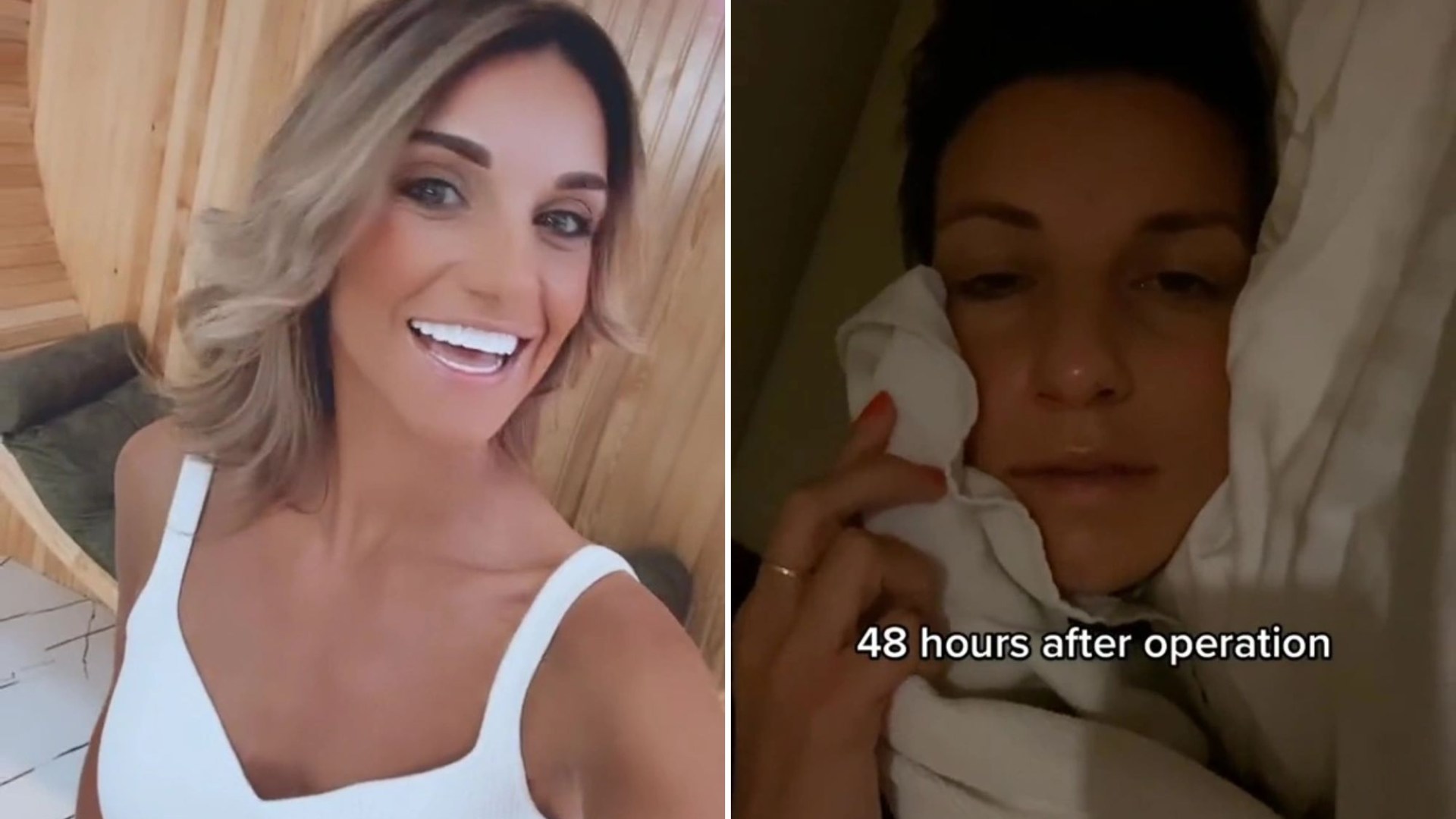 A WOMAN who flew to Turkey hoping to get her dream smile has shared harrowing footage of her recovery process.

Describing the experience as “the worst thing she’s ever been through,” Katie Inglis is now using her TikTok to warn others about getting dental surgery abroad.

In a recent video, Katie shared a video she filmed of herself just hours after her procedure to have veneers applied that left her bedridden.

Barely speaking, she says, “It’s been 15 hours at the dentist, I just got my temps (temporary veneers) in.”

The video then jumps to 48 hours after the procedure.

Katie continues: “I’m in a lot of pain and agony right now, I’ve been since.

“My face is swollen and I have no feeling (above my lip) that I hardly got out of bed today.”

Katie then shared shots of her “thick” temporary veneers, followed by photo after photo of her “sleeping as much as possible” while bedridden.

The TikToker revealed in an earlier video that her surgery had cost her £6,000 and she needed stitches on her return to the UK.

As part of that surgery, she underwent 13 root canals and had 24 teeth shaved, which she now describes as “the worst feeling ever.”

And while the end result certainly looked shiny and white, Katie says the dentist actually left the teeth marks in her gums.

Her UK dentist actually found molds in five areas of her mouth and she had to have multiple stitches removed to remove all of this.

She says she now wants to warn people about the dangers of going to Turkey to have teeth done, adding that she released her video to raise awareness.