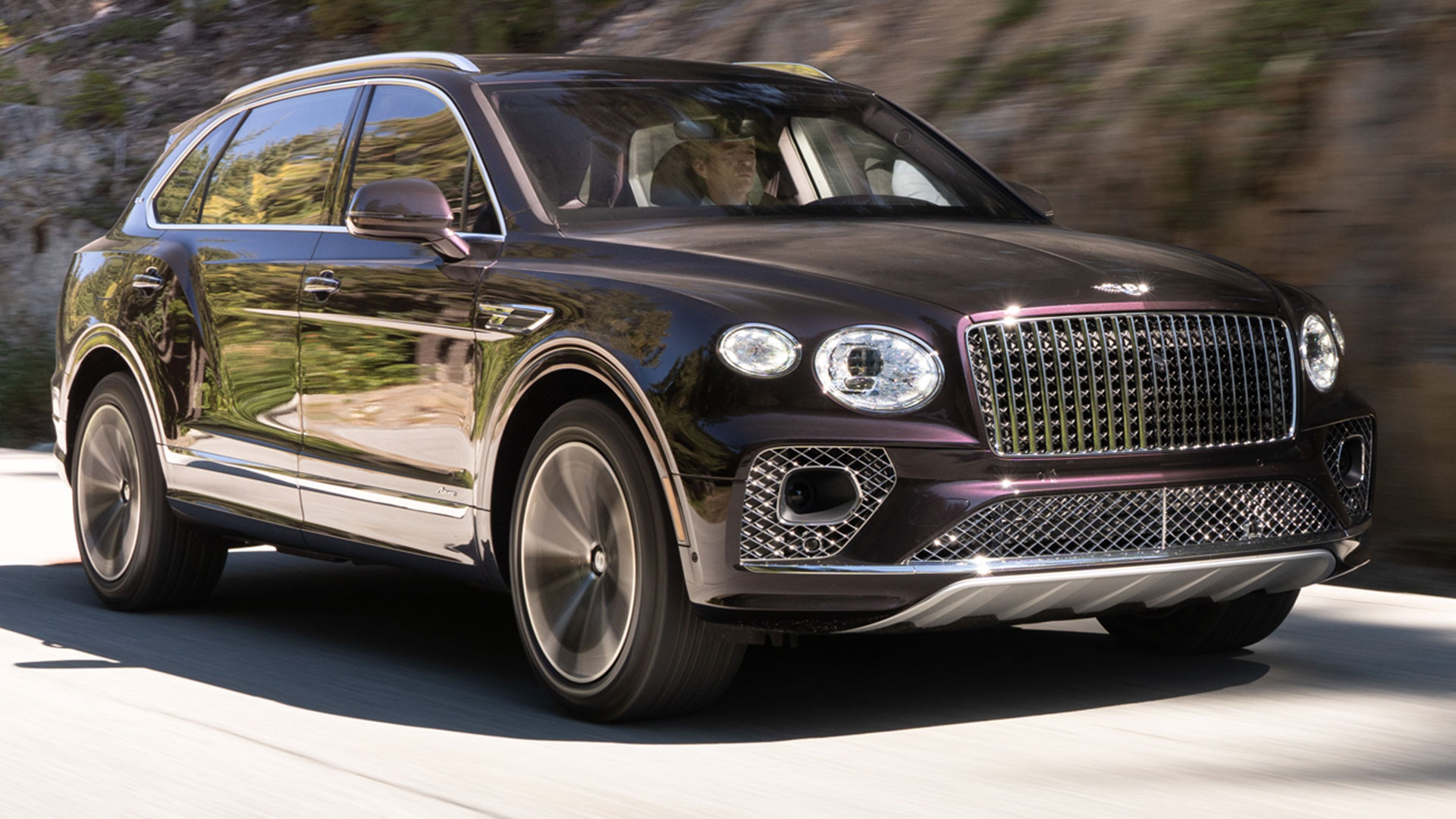 WE all love to see a good argument.

Whether Usyk against Joshua, Liverpool against Man City or Mrs Rooney against Mrs Vardy.

But of all the rivalries going on right now, this has got to be the niche.

You have Range Rover and Bentley trying to produce the best SUV sedan.

Yes, that’s right, sedan SUV is a thing thanks to these two.

Both make stretched versions of their flagship SUVs, the Range Rover and Bentayga.

It’s hilarious watching these posh lads trade blows because a Bentayga EWB (extended wheelbase) can leave the Crewe factory for up to £300,000.

It’s a car that no one but the top 1 percent will ever want or afford.

But you certainly would if you could.

The Bentayga EWB is 18 cm (7 inches) longer than a standard Bentayga, which benefits those sitting in the back.

Look closely at the main picture and the bigger rear doors are the biggest giveaway.

So the obvious place to start is at the back. Slip into the optional airline seat — opposite the driver — and it doesn’t take much effort to get comfortable.

The doors close electronically. The seat reclines 40 degrees and an electric footrest folds down.

In addition, the seat constantly measures your body temperature and your sitting position and adjusts the heating and massage functions accordingly.

Bentley will also tell you that cabin space is “bigger than any other luxury competitor.”

The idea of ​​a stretched version of a massive top-heavy car doesn’t exactly fill enthusiastic drivers with excitement.

But Bentley turned this thing into a rear-wheel steer weapon, so it’s very fast both in a corner and in a straight line.