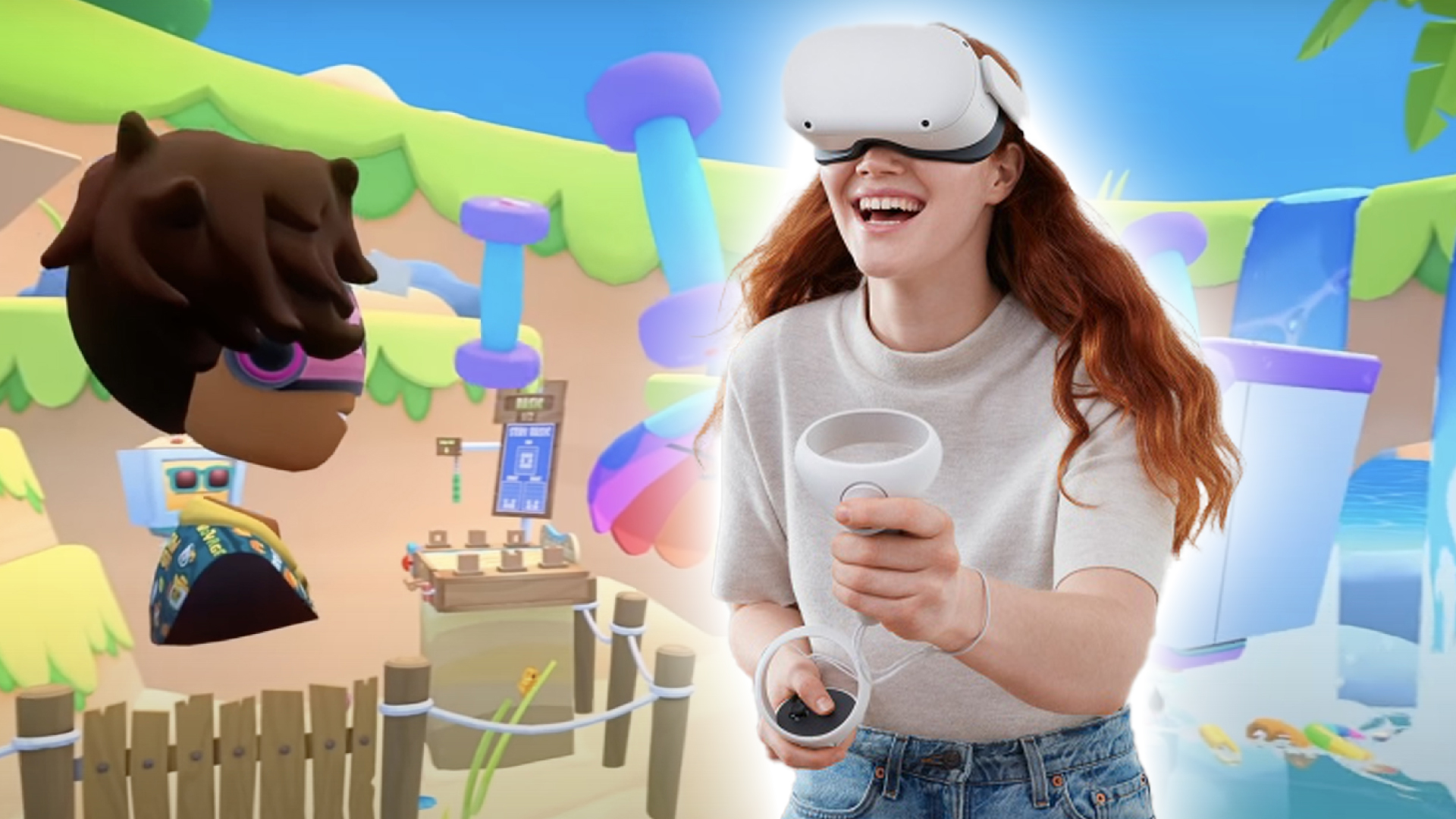 I ONLY vacationed at the beach AND in the mountains – without leaving my house.

It turns out that vacationing in the metaverse has its perks.

First of all, I didn’t have to pack, look for my passport or rush to an airport.

After a few minutes I had installed and loaded a VR app called Vacation Simulator.

It’s a sequel to the immensely popular (and surprisingly fun) Job Simulator.

The premise is that we are in a future world where robots have replaced human jobs.

With the Job Simulator you can experience what it used to be like to work – in the office, as a mechanic or in the car.

Vacation Simulator is the obvious sequel: Experience how people used to (ie now) spend their time when they were “not working”.

My vacation began in a hotel, where I was greeted by a floating robot that helped me find my way.

She led me into the bathroom where I could sort my hair, trim my old beard and dye myself a bleach blonde. nice stuff

And then, like on a real vacation, I went straight to the hotel bed to lie down.

The bed was very roomy and comfortable – probably because I was actually lying flat on the floor on my living room carpet.

There was a basketball in my virtual room, so I got up to shoot some hoops. The physics are spot on (so I was understandably rubbish) but I managed to get a few in.

Tired from my athletic performance, I grabbed a virtual juice from my e-fridge.

It didn’t taste like much (or rather anything), but the gurgling sounds from the headset were oddly stifling.

Next, I went to the TV, popped a cassette into a console, grabbed a virtual joystick, and started playing a text adventure game about the vacation.

I didn’t miss the irony.

I also tried another cartridge that loaded a Mario-style side-scrolling platformer.

In fact, for a brief moment while playing on the virtual TV, I forgot that none of it was real.

At this point, I realized that I hadn’t actually left the hotel room. Oops!

So I went out to the beach, where I lay on the sand for a bit and read a book about coconuts.

I dove into the sea for a quick dip and even dunked my head.

The tone changed and I felt immersed in the underwater world. I even took a shell as a souvenir.

It’s still in my virtual backpack, waiting for me in Zuckerberg’s digital realm.