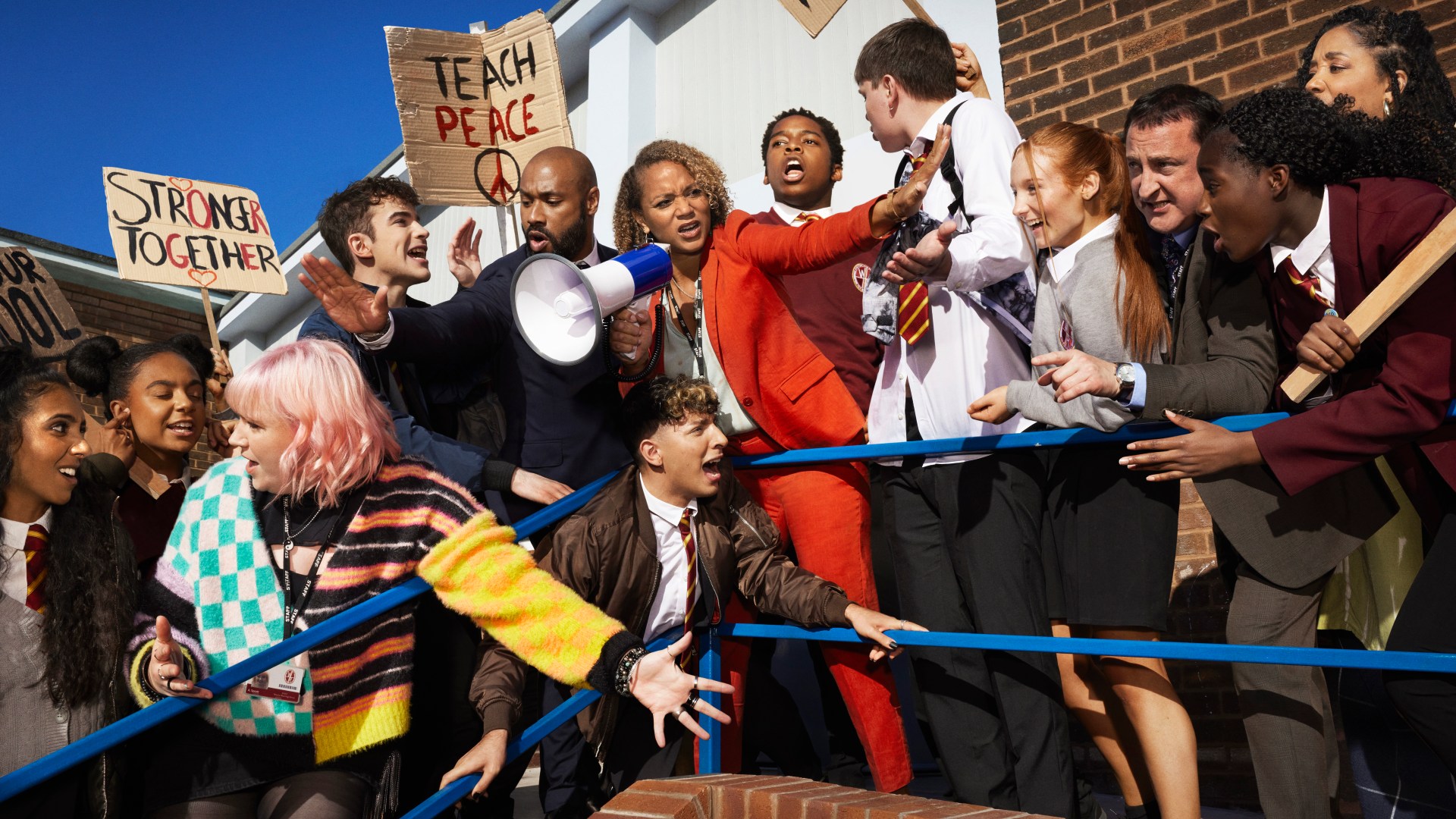 Hollie-Jay, who played Michaela McQueen on the E4 soap, appeared on Wednesday’s episode of the school drama.

The 34-year-old was cast as “Aunty Deb”, the sister of catering manager Nicky Walters – played by Kym Marsh.

Nicky’s son Preston had reached out to his aunt in desperation after he, his mother and sister Tonya were evicted from their home by bailiffs.

But Hollie-Jay’s character refused, telling Preston that after a fallout, his mother would have to apologize first.

When he told Nicky, she explained that she would “rather sleep on the street” than move in with her sister Debs.

It is not yet known what the siblings rowed about.

It seems Waterloo Road fans will be seeing more from Hollie-Jay in the coming weeks after she confirmed she has been signed to the series.

Sharing a snap of herself on set with her daughter Kelly-Jo (played by Alicia Forde), Hollie wrote, “I am overwhelmed by your love for our Debs and Kelly-Jo.

“Alicia Forde, remember her name, you haven’t seen anything yet. She is a force to be reckoned with and a radiant light to work alongside. It was a pleasure being your mother last year.”

She wrote: “Meet my newest character. I love her with all my heart. Deb.”

She also shared a cast photo of Kym and her on-screen kids Preston (Noah Valentine) and Tonya (Summer Violet Bird), writing, “I wonder where they’re going…”

Between 2006 and 2012, Hollie-Jay played Michaela, the youngest of the McQueen sisters, on Hollyoaks on and off.