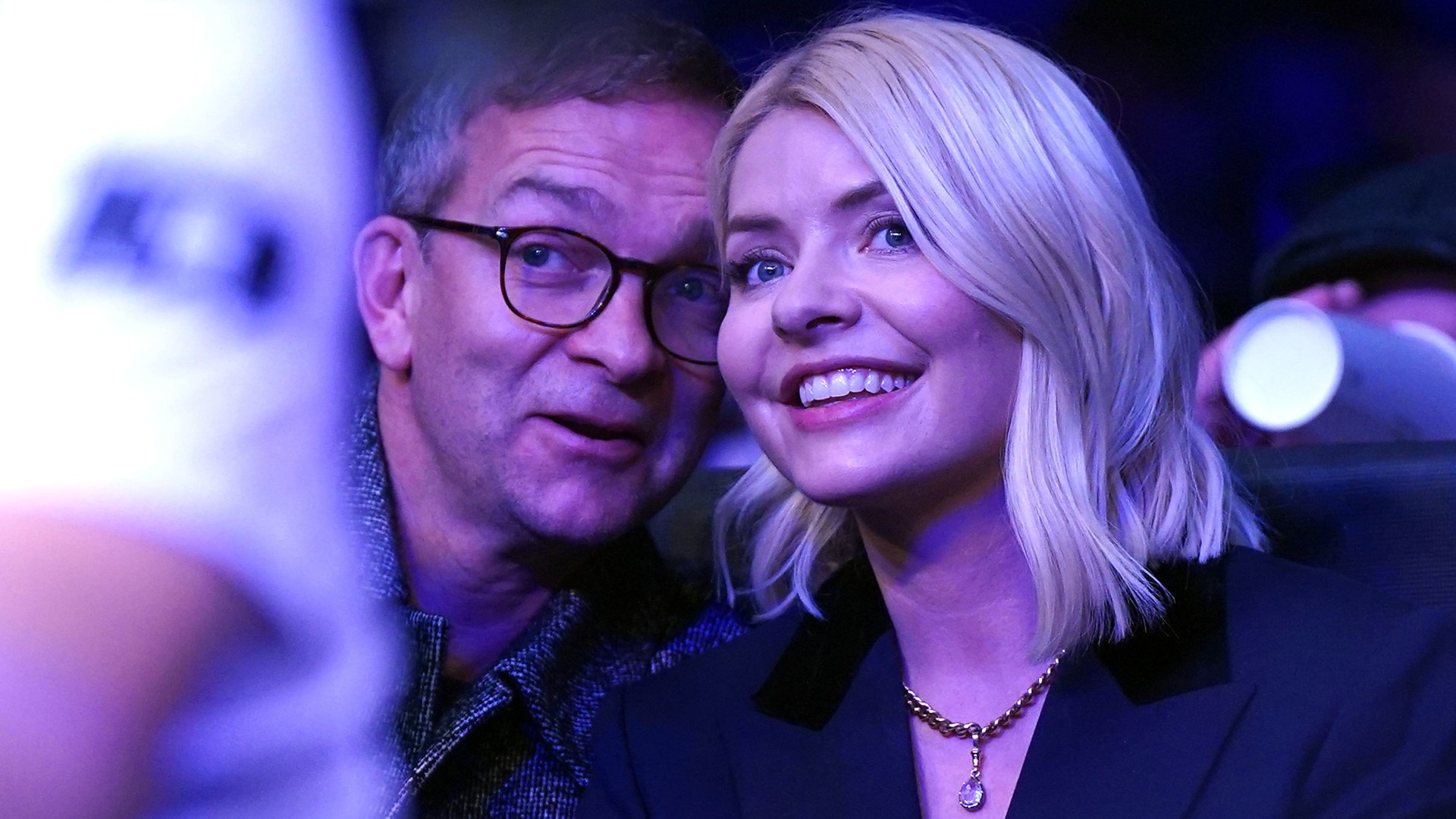 HOLLY Willoughby made a rare public appearance with her husband Dan Baldwin tonight in the KSI vs Faze Temper fight.

The couple looked very much in love at the OVO Arena Wembley in London to watch the big boxing event.

She wore a gold chain and opted for minimal makeup.

Holly has her blonde locks styled into loose waves.

Holly and Dan met in 2004 while they were both working on a children’s series called Ministry of Mayhem.

Last year, Holly opened up about how the couple had an “intense friendship” before becoming romantic.

She said: “We met on Saturday morning when we were doing this [TV] and became really ridiculously close friends.

“It was like this intensity of friendship for about 10 to 15 weeks. I remember cheering him on with a glass and looking at him and thinking, ‘Oh my god, I like him, I like my friend’.

“It surprised me so much I was like, ‘What just happened?’ And then the relationship continued.

“In hindsight, looking back, I think I actually fell in love with him.”

Her evening comes hours before the return of Holly’s Dancing On Ice.

The mother-of-three presents this year’s series of ITV skating competitions alongside Philip Schofield.

Why The Notorious BIG’s “I Got a Story to Tell” almost didn’t make it into “Life After Death.”

Why The Notorious BIG’s “I Got a Story to Tell” almost didn’t make it into “Life After Death.”