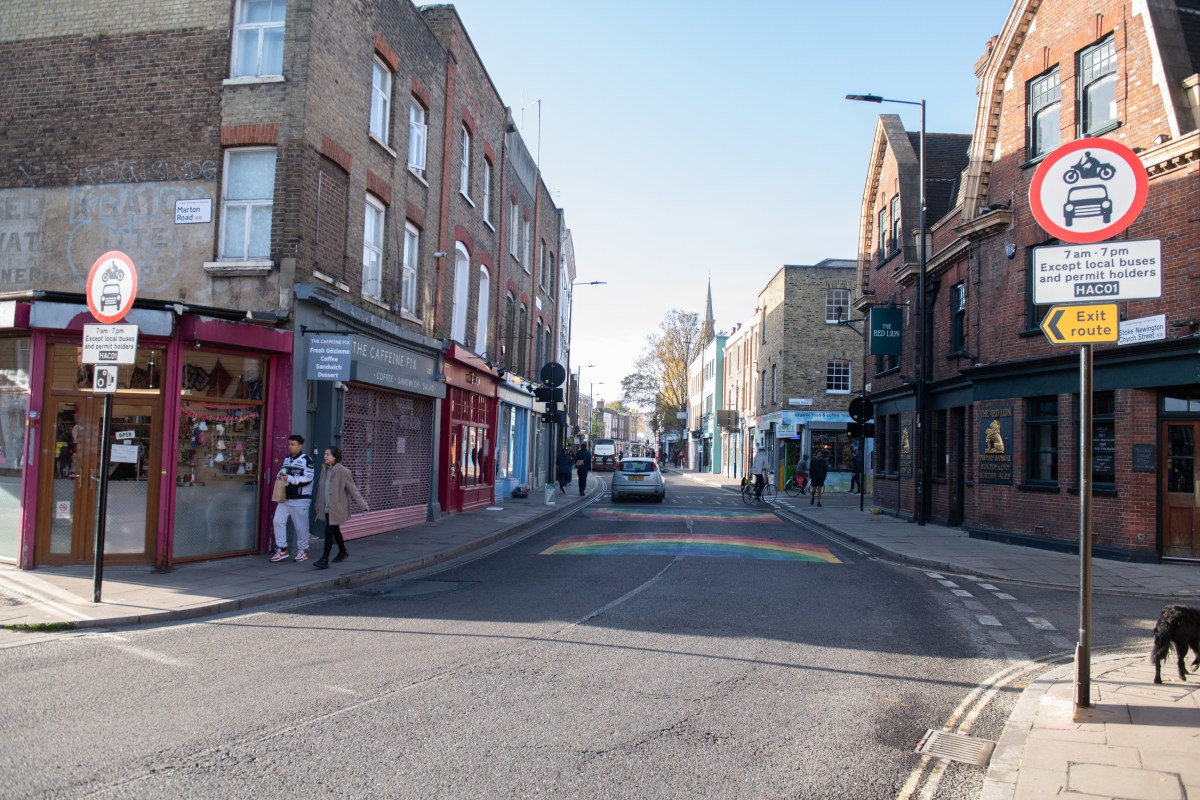 DRIVERS have posted a “crazy” new rule that means they need a permit to drive 20 meters – or face a £ 130 fine.

The 20-meter zone, marked with two rainbows in the middle of the road, was established by the Hackney community on September 20th.

Drivers can be charged up to £ 130 for crossing the line without an HAC01 permit, so will have to make a long detour to avoid the fee.

Vehicles, other than local buses and permit holders, are not permitted to travel on Stoke Newington Church Street between 7:00 AM and 7:00 PM.

The regulation has been branded a “smart money-maker system” by angry drivers.

Business owners and delivery drivers took the toll because they made things worse and made their lives harder.

A driver surprised at the toll booth on Wednesday said it would cost him his daily wage.

Finbar Banzhaf-Gammell, 39, a delivery driver from Hackney who drove through the zone without knowing a permit was required, said, “I come here every couple of weeks but I had no idea about the fine. It’s awful . ” .

“That’s pretty much my whole day’s work that went up in smoke.

“We run a small delivery business, so it’s psychologically awful when that happens.

“It’s so much money for such a small crime and it’s not even a crime, I just made a mistake.

“So charge me a fiver or something, but they’re always trying to get you.”

Camillo Forech, 45, a delivery driver from High Barnet, north London, said: “I deliver four times a week to Stoke Newington Church Road and it has been an absolute nightmare.

“In the beginning I was caught three times.

“I don’t see any reason for this because, if anything, it made traffic worse.

“I spend an hour and a half more driving around every day, and I have a big van, which makes it difficult.

“You have to walk down Lordship Lane to Clissold Park, which can take up to an hour in rush hour.”

He added: “We have tried everything to get a permit, but the council always says no.”

Mr Forech said, “I am concerned that you will do this in other parts of London.

“The government is trying to improve air pollution in London, but that doesn’t help. People just keep driving and polluting more.”

Amo Altun, 30, who runs a family business on the high street, said, “I’m not sure why they did this, but I think the council just wanted to cut down on traffic for local residents.

“The council handed out leaflets saying the first-time offenders will not be charged, but then I think it’s £ 65.

“There were a lot of cars in the mornings when people go to school and work, but otherwise it was fine.