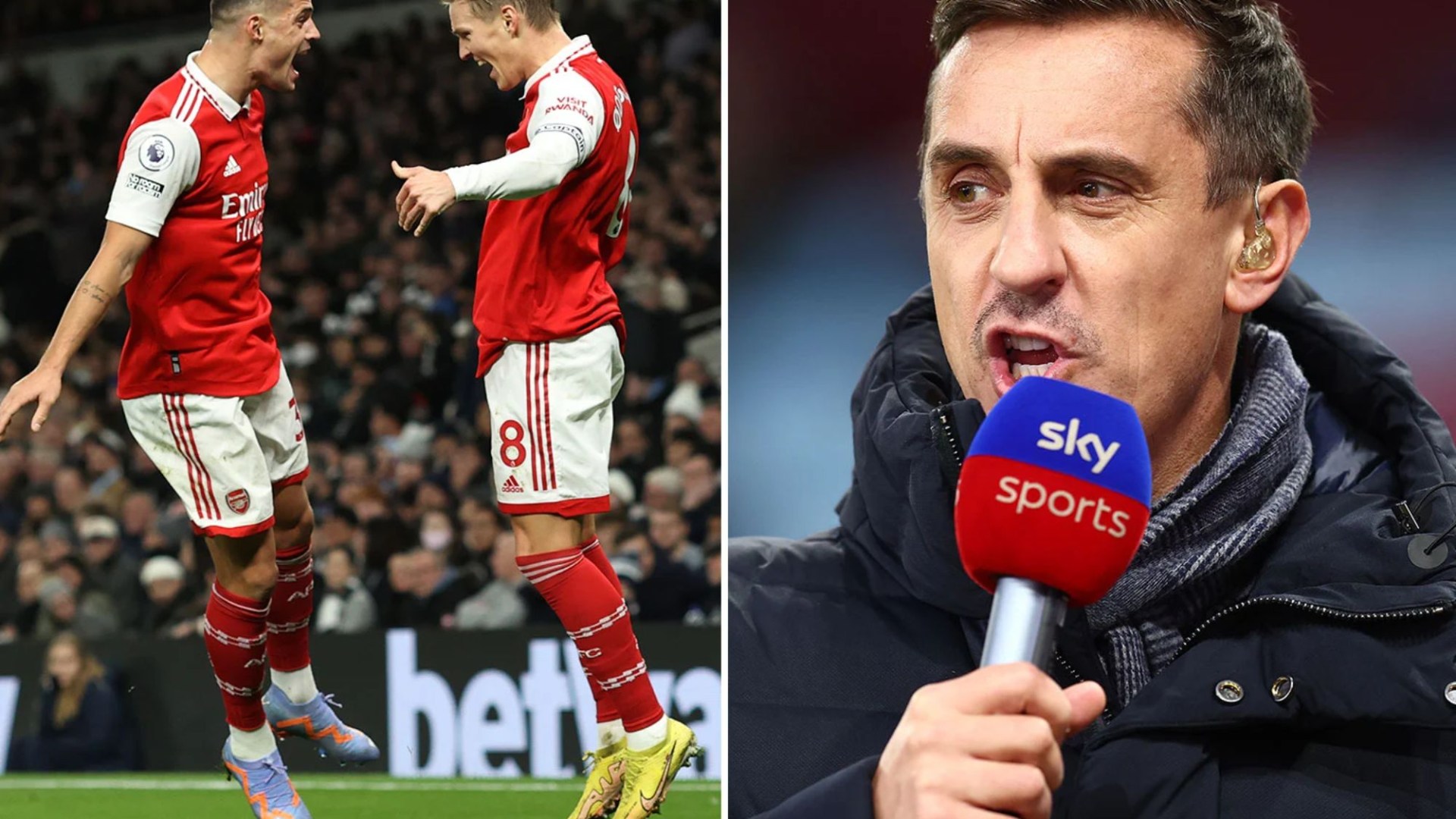 GARY NEVILLE claims Arsenal will NOT win the Premier League this season… despite being EIGHT points clear.

The Gunners extended their lead at the top of the table by beating rivals Tottenham 2-0 yesterday.

Their win, coupled with Manchester City’s defeat at Man United on Saturday, puts them in a commanding position to win their first title since 2004.

But Neville, 47, even reckons the Red Devils, who are currently nine points behind the pace, will catch Arsenal.

Speaking to Sky Sports, he said: “They’re not going to win the league. Manchester City will win the league and I think Man Utd will come second and I know that will annoy Arsenal fans!

“I’d rather Arsenal win the league than Man City. I think it would be absolutely sensational for the Premier League.

“I’m thinking about watching the Premier League, we’ve seen City catch up over the last five years, apart from Liverpool.

“To think Arsenal could come and win it adds to our league, it makes our league great.

“I would love for Man Utd to win but I don’t think that will happen this season.”

Neville explained his reasoning and pointed to City’s star forward.

He continued: “The reality is Man City will eventually make a run. Once they do that, they have to play Arsenal twice.

“When Erling Haaland starts kicking, when City starts purring, when the defense starts leaning a little more than they did and they need Ruben Dias back if they can, I think City will win.

“There will be a very difficult time for Arsenal at some point this season.

“Is it conceivable that Arsenal can go on as before? I don’t think that’s the case.”

“Could they draw two and lose one in three games and if they do that their lead is gone and the pack is done with them?

“That’s what I think is going to happen, we’re going to see a traditional Premier League season where one team goes out, the pacesetters and then they get pulled back a little bit.”

Despite his reservations about the credibility of Arsenal’s title credentials, Neville showered his boss Mikel Arteta with praise.

He added: “It’s so difficult for young managers to break that [Antonio] conte, [Jurgen] clop, [Carlo] ancelotti, [Pep] Guardiola, [Jose] Mourinho forms and becomes one of those super managers. You can’t break them.

“If Arteta wins the league this season, he’ll break into that bunch. He does it anyway because his football is fantastic. But he has to win this trophy.

“So we’re keeping our fingers crossed that if Man Utd can’t, which I don’t think they can do, they win it because I’d rather have that for the Premier League.