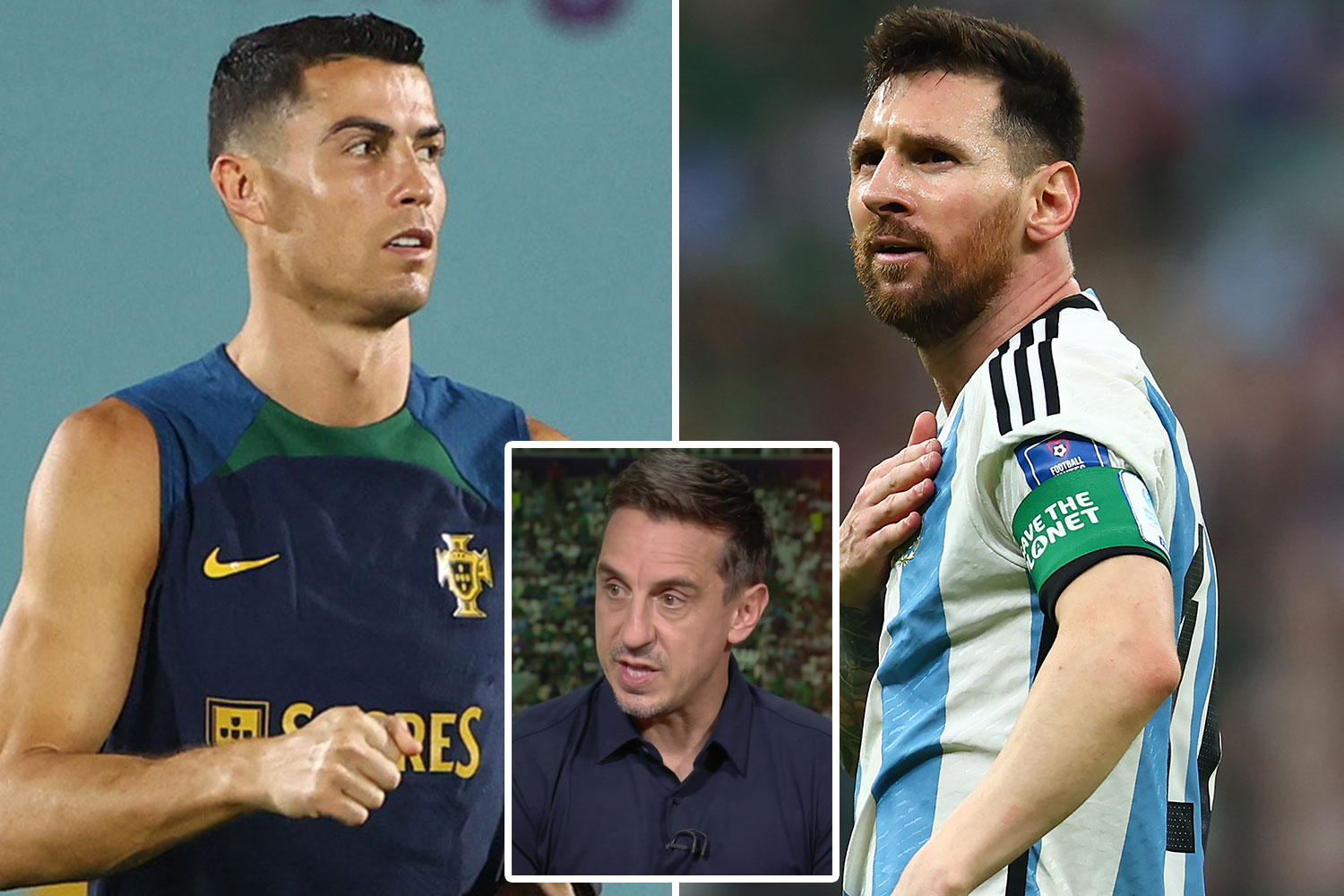 However, the Argentine magician, 35, had the last laugh as he saved his country with a magical strike to beat Mexico 2-0 and remain in the World Cup.

But at half-time former Prem star-turned-pundit Neville told ITV viewers the skipper reminded him of Ronaldo’s death at United.

The 47-year-old said: “The players are no longer afraid of Lionel Messi. They easily take the ball from him.

“Can’t say enough about how amazing this guy is.

“But honestly, the devastation. I saw at Old Trafford for 18 months that when a player of that stature has that body language the impact on the players is devastating.

“He walks across the pitch, he shrugs.”

Neville changed his mindset about full-time after events in the second period proved him wrong.

There seemed little danger when Angel Di Maria put the ball up to Messi in the 64th minute, who for once had some breathing room from the clutches of Mexico’s suffocating defence.

His first touch with that wand of a left foot got the ball rolling. His second shot over keeper Guillermo Ochoa and into the corner.

The blue and white hordes behind the goal exploded with joy, releasing the tension that had been building since the opening defeat by the Saudis.

And G Nev was forced to eat humble cake after the game.

He added: “It’s a finish we’ve seen from him so many times. What sets these great players apart is the precision in their finishing.

“Messi, to be fair, it’s moments now, he gets that space and stands still. The power, the accuracy is wonderful.”